I look forward each year to Bob’s company Christmas party. Betts Industries’ company Christmas Party was held last night. As we entered the recreation hall, we dropped off a bag of non-perishable food items in one of the collection boxes located inside the building. Bob’s company is having a food drive to help those less fortunate. The food collected will be given to the Salvation Army for distribution locally in time for Christmas.

We arrived at the Christmas Party around 5:30 PM, a bit early as the party didn’t officially begin until 6:00 PM. We arrived early to secure good seating and to save seats at our table for friends. Our friends arrived about 5 minutes after us. There were seven seated at our table — Doyle and Sheila, Cherita, Robby and Rachel, and Bob and I. We enjoyed a variety of conversation with those seated at our table. We socialized with friends at other tables as well. 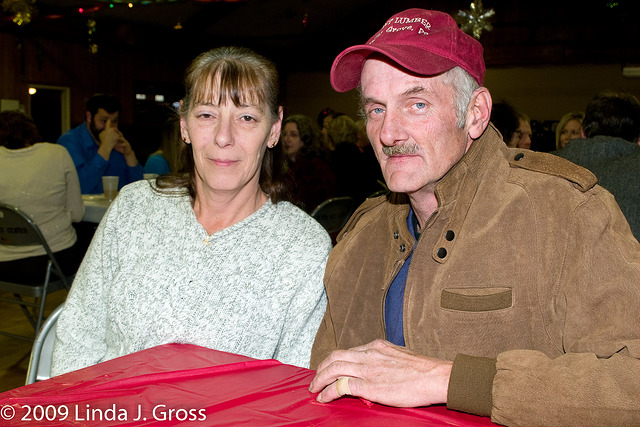 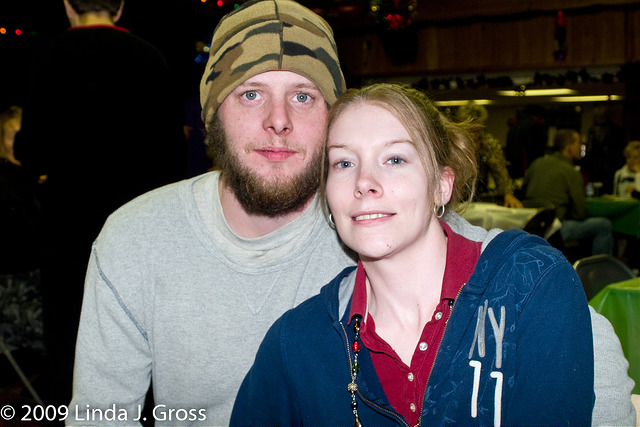 Hors d’oeurves were served at 6:00 PM. You could easily fill up on the hors d’oeurves and not be hungry for dinner. I limited myself to a few selections, saving my appetite for dinner. Shortly before dinner was served, Dick Betts lit the huge Christmas tree (you will see pictures of the tree later in this blog) and Rod Betts offered up a word of prayer. Dinner was served shortly after 6:30 PM. Dinner was delicious, as it is each year.

As is customary each year, a group sing was held after dinner. We sang “Jingle Bells”, “Oh Holy Night”, “Silent Night Holy Night” and one other song that I can’t recall the name. The evening was capped by outstanding entertainment, a comedy magic show followed by the music of Sammy Slicker and the Blackjacks. We watched the comedy magic show but left soon after the band started. Neither Bob nor I dance. We find it difficult to talk over the music, so we always leave the party soon after the music starts. We do stay long enough, though, to watch Rod Betts and his wife dance. I love watching them dance; they dance so gracefully across the floor.