We spent the fourth day (Thursday, January 14th) of our Florida vacation at Epcot. Epcot is divided into two parts: Future World and World Showcase. As I mentioned in an earlier post, I will be sharing with you our visit at World Showcase over the next several days. Earlier I shared with you our visit to Canada, the United Kingdom, France, Morocco, Japan, the American Adventure, Italy, Germany, an African Outpost and China.  This blog post contains photographs from our visit to Norway. 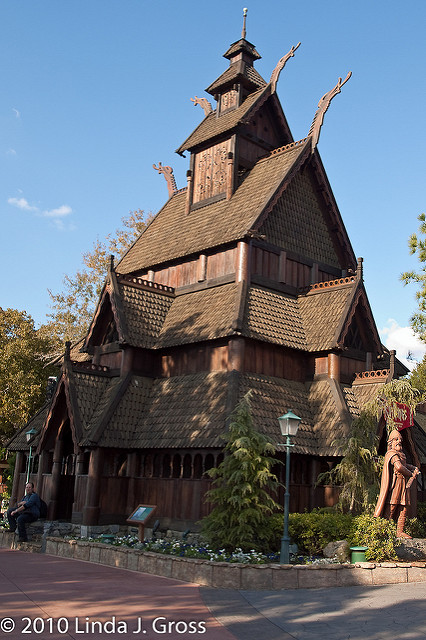 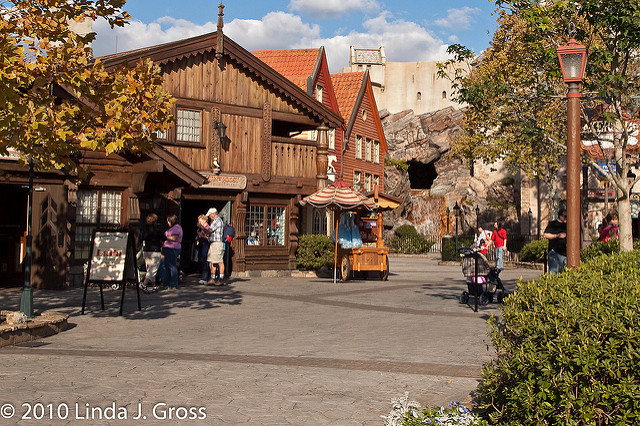 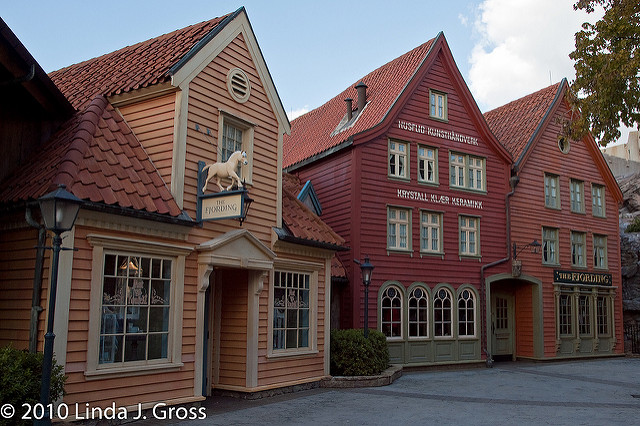 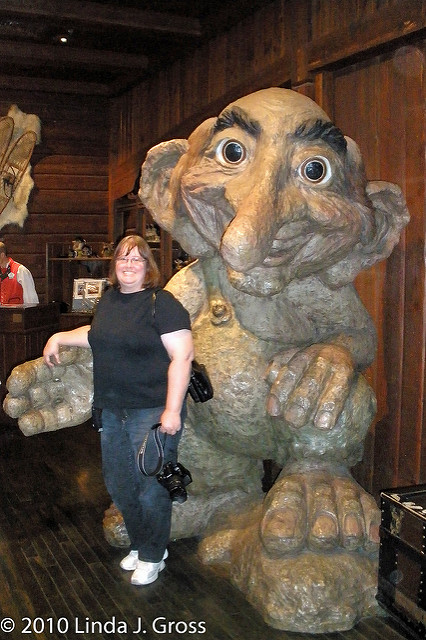 Giant Troll and I

In addition to exploring the streets of Norway, we went on a ride aboard a dragon-headed boat. We traveled through a very dark forest populated by trolls. One of the trolls cast a spell on the boat, which caused us to travel backwards to the edge of a waterfall! The boat moves forward into an ocean storm and then into a fishing village where the boat docked. We got off the boat and walked into a theater, where a short movie took us on a tour of Norway and introduced us to its people.

From Norway we walked to Mexico, the subject of my next blog post.