On our ninth day in Hawaii (Tuesday, May 25th) we embarked on a two-day circular driving tour of the island of Hawaii (see map here). John and Dorothy were our tour guides. During the two-day period we toured the following five regions: South Island, Kilauea Volcano, Hilo, Puna and Hamakua.

As we began our journey, the sights along the Southern Kona Coast (Rt. 11) were familiar. We had traveled this way the previous day, when we visited “the Painted Church” and the Place of Refuge in the village of Honaunau. Approximately 60 miles from Kona is South Point, which is the southernmost point of all 50 states. 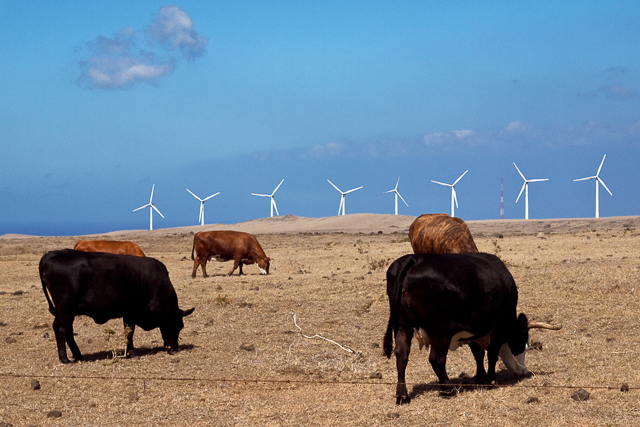 As we traveled along South Point Road, we saw cattle grazing and windmills from the Pakini Nui Wind Farm. 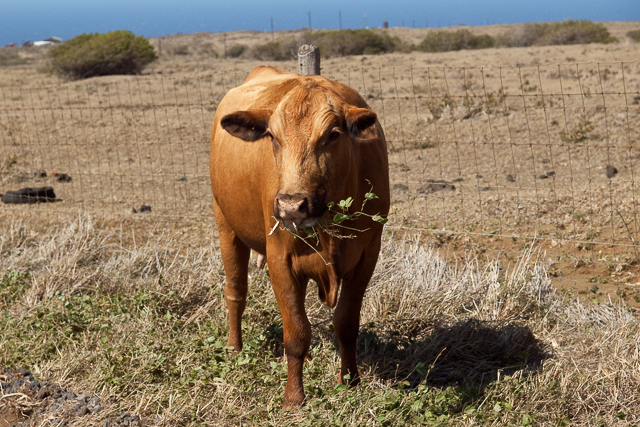 This cow decided the grass was greener outside the enclosed field. Its assumption appears to be correct. 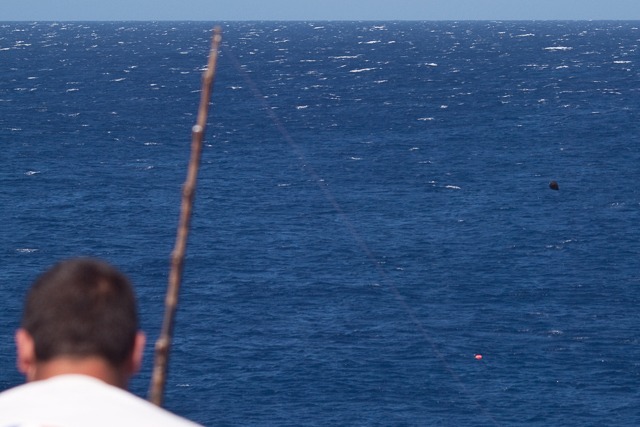 When we visited South Point a man was fishing from a platform. 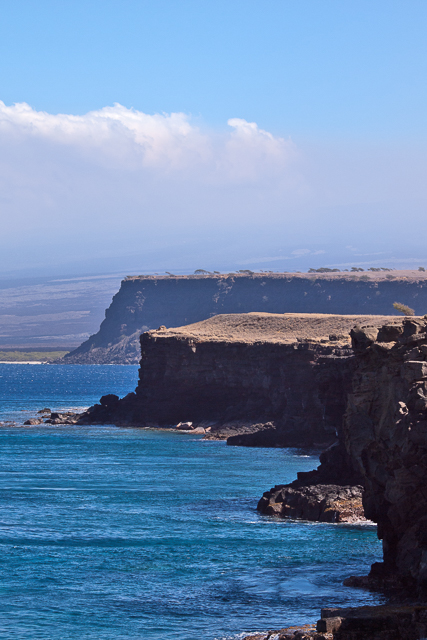 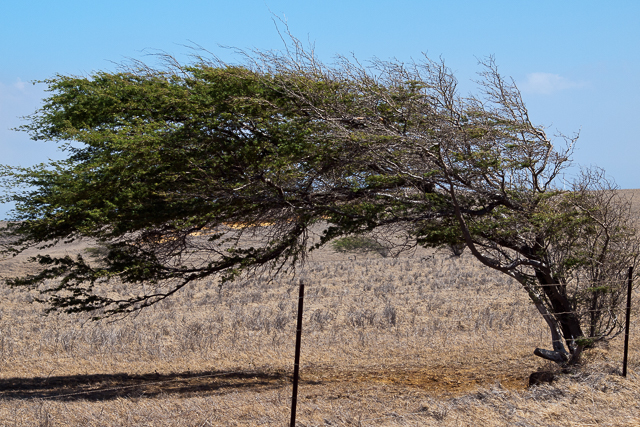 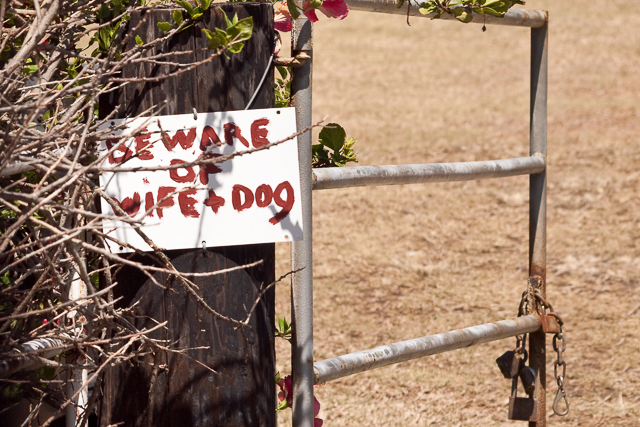 We found this sign somewhere north of South Point, but still in the South Island region. The sign provided a good laugh.

Next stop – Other small towns located in the South Island region