Bob and I attended Warren’s 7th annual Ribfest this afternoon. Today was the first day of the Ribfest; the event will continue through Sunday. Ribfest highlights include socializing with friends, live concerts and the food. Also, Ribfest has vendors, crafters, an exhibit from Wild Wood Animal, and puppet shows and other entertainment for children.

We enjoyed the company of another couple, while eating. I know Bill B. from when I worked at the credit union. He was a customer. I met Bill’s wife for the first time today. We talked mostly about young girls growing up much too fast. This particular conversation got started because I recalled that Bill and his wife have two daughters. I inquired as to their whereabouts, and the conversation took off from there.

We arrived at Ribfest in time to listen to Paul Eisert in concert.

This was the first time that we heard Paul sing. 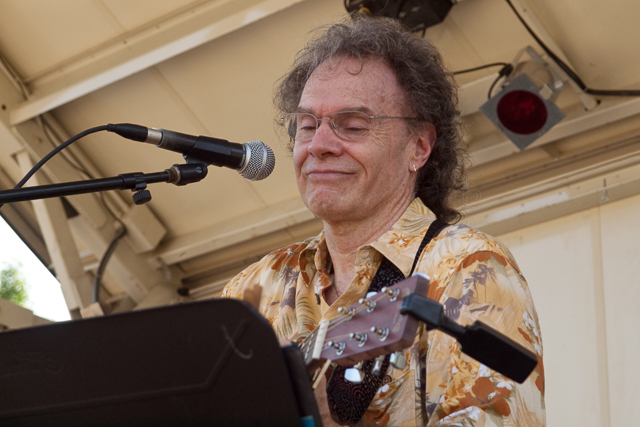 The concert was enjoyable. 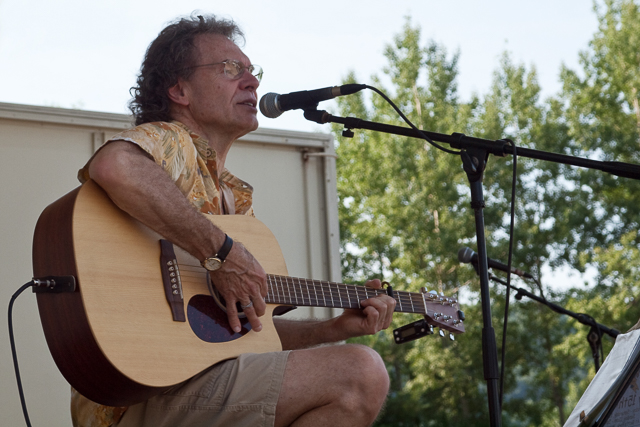 Paul’s bio, obtained at his website, states the following:

“Paul Eisert is a singer/songwriter and guitarist who performs original songs and covers, and has recorded and released a solo CD of original material, entitled “Wordsongs”, which is available from Paul. When asked what kind of music Paul writes, he might say “…Songs of love, songs of life, songs I’ve written for my wife, songs of faith, songs of hope, a song about losin’ a friend to alcohol and dope, songs of joy, songs of pain, songs about sunshine, songs about rain, songs about just about everything… I just love to play and sing…” Paul has performed in and around Erie, PA. for more than 25 years, and in the Warren, PA. area for the past 14 years. He’s played many of the bars, clubs and restaurants, as well as fairs and festivals in both areas. Some of the artists Paul covers include: The Beatles, Jimmy Buffett, Harry Chapin, Eric Clapton, The Eagles, Crosby, Stills, Nash & Young, Tom Petty, James Taylor, Bob Seger, Bruce Springsteen, and many more. Some standards from the thirties & forties include ‘Blue Moon’, ‘All of Me’, ‘Sentimental Journey’ and ‘Sunnyside of the Street’. His extensive songlist includes folk, rock, country, pop, oldies and standards, as well as his large collection of original songs, and it is always expanding. Paul establishes a great rapport with his audiences. He passes out his songlist and loves to take requests (if he doesn’t know one, he’ll fake it!). Give him a listen. His lyrics come from his soul. No frills. Just heart.“

We expect to return to Ribfest tomorrow and Saturday.