Warren held its 7th annual Ribfest last weekend. The Ribfest is a four-day event. Bob and I attended Ribfest each day, beginning on Thursday afternoon (July 15). We listened to Paul Eisert in concert on Thursday afternoon. On Friday we listened to two Rock-n-Roll concerts. The first concert was the band “Jack the Dog”. The second concert was the band “The Earthquakers”. On Saturday we participated in the Thank A Vet Dam Run and listened to the country band “Willow Creek”. Sunday’s events included dance performances by members of the Dance Elite* Performance Company and a Classic Car Show. This blog post showcases the Dance Elite* Performance Company dance performances. My next Ribfest blog post will showcase the Classic Car Show.

On Sunday afternoon we enjoyed watching the dance routines of Brett Fallon and three young dancers. Brett is a very talented dancer. His performance was well choreographed and quite entertaining.

The three young girls danced well. Two of the girls, sisters–one a few years older than the other–, danced together. They complimented each other quite well.

The third girl danced alone. Her dance routine was lively and showed attitude. 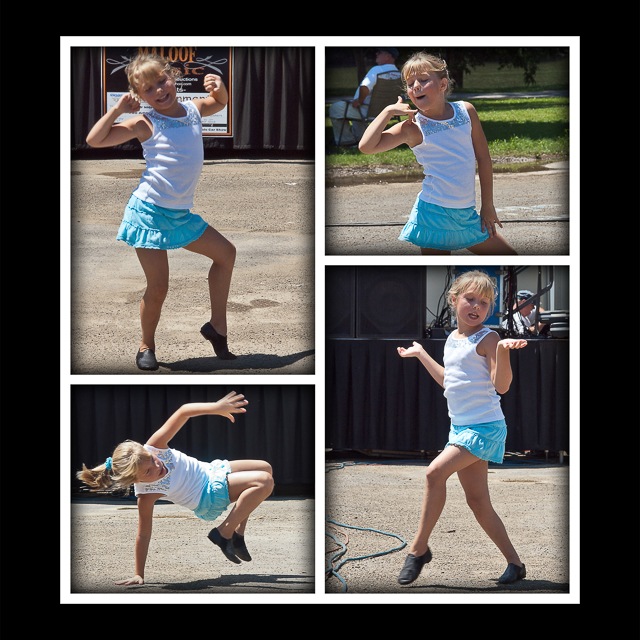 I enjoyed the dance routines of all three girls.