This post continues details of our two-day circular driving tour of the island of Hawaii, which we began on our ninth day in Hawaii (May 25th). Here are the stops that we made thus far:

4. Our sixth stop was at the Hawaii Volcanoes National Park.

From Isaac Hale Beach Park we drove to Hilo, where we spent the night at Uncle Billy’s Hotel. 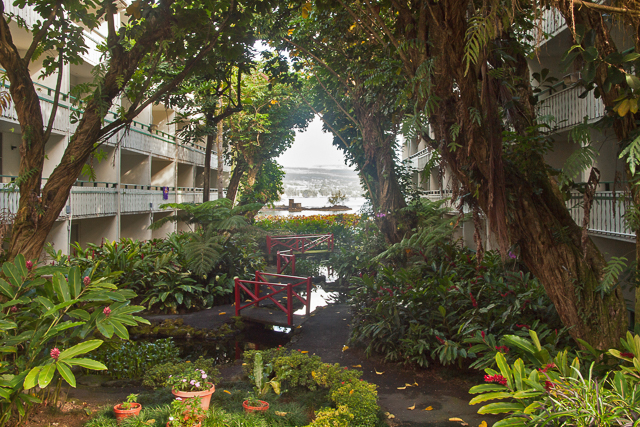 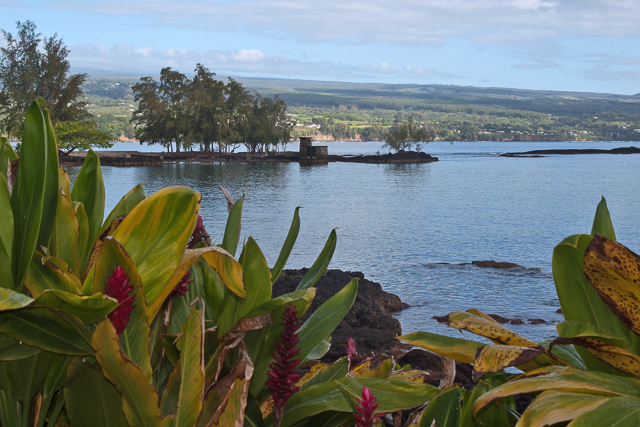 The next day (May 26th) Bob and I were up by 6:30 AM. We ate a breakfast of papaya, danish, toast, juice and coffee/tea. After breakfast we strolled through the picturesque Liliuokalani Gardens, which is located about a half block from our hotel. 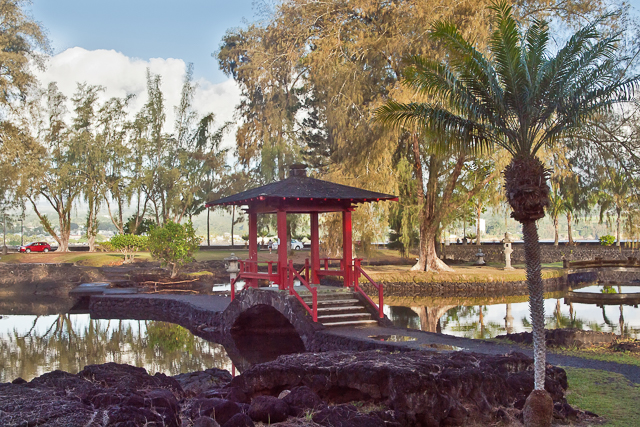 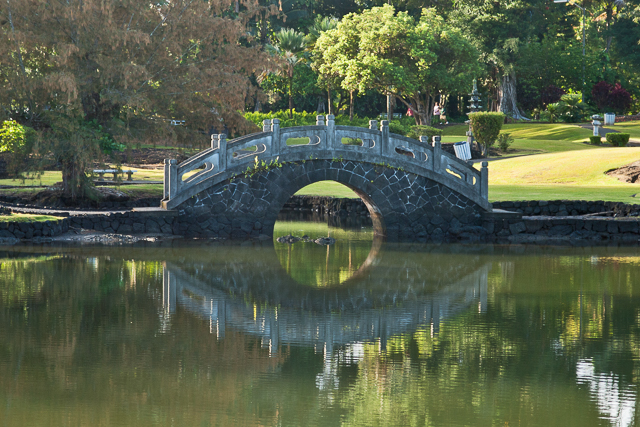 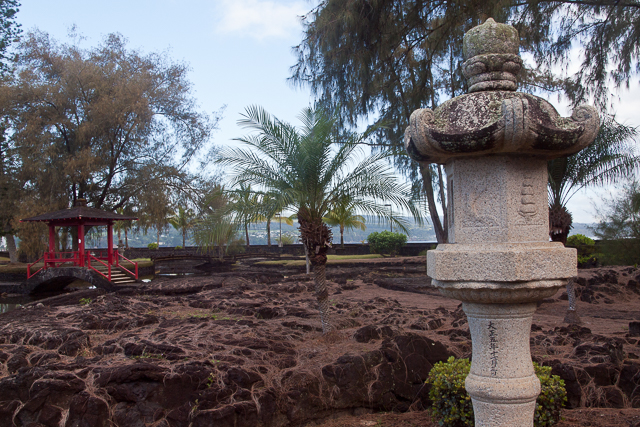 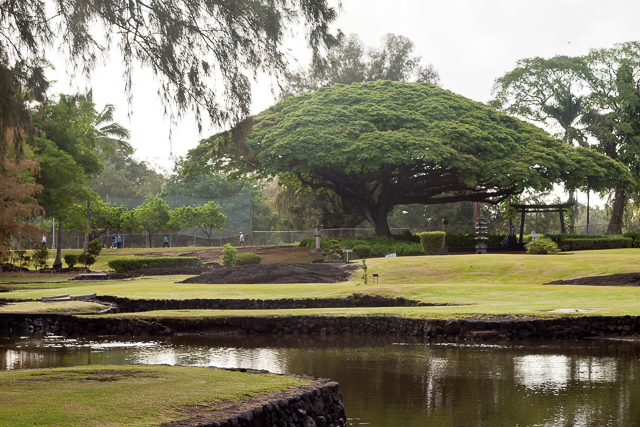 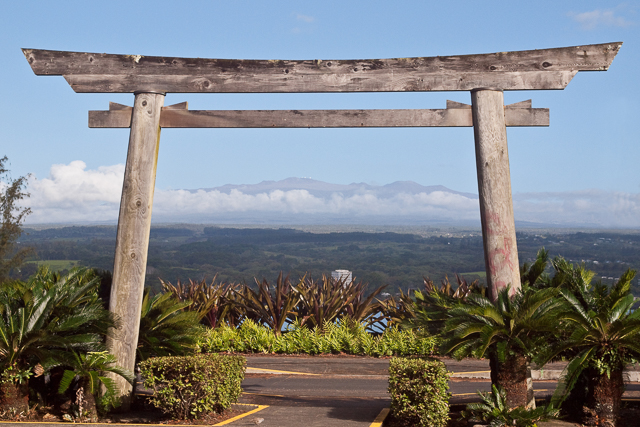 We visited Coconut Island too. The island was across the street from Liliuokalani Gardens. 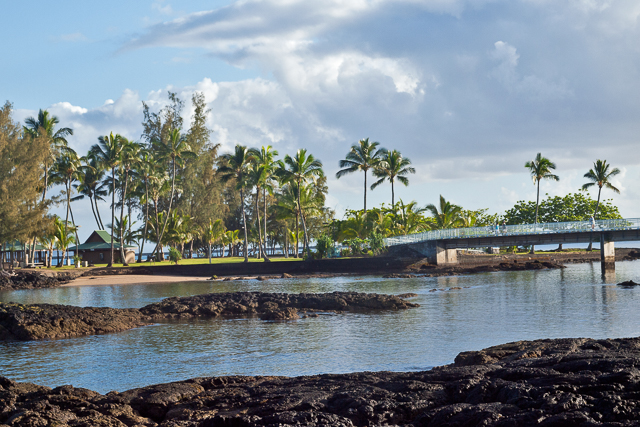 Coconut Island is reached by crossing a footbridge.

The footbridge has had to be replaced after nearly every tsunami. 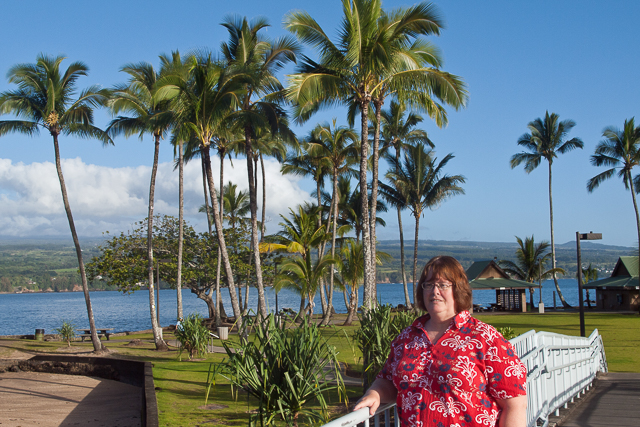 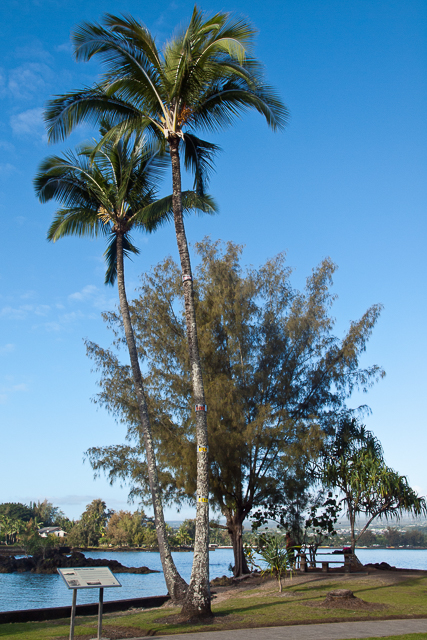 Markers on this coconut tree show height of tsunami waves.

We met up with John and Dorothy at 8:00 AM. After checking out of Uncle Billy’s Hotel, we drove to the Hilo Farmers Market. John purchased fresh vegetables; Dorothy purchased fresh flowers. 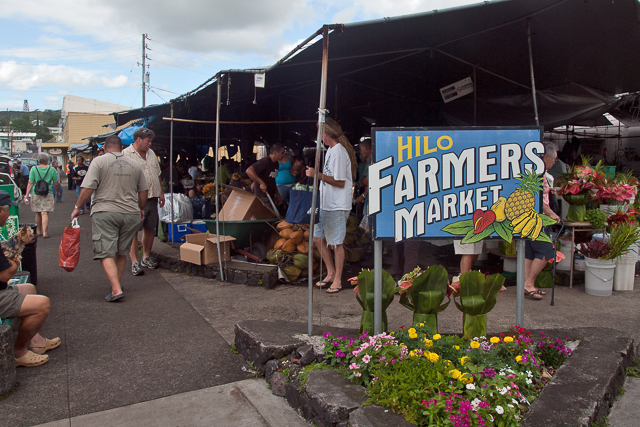 From the Hilo Farmers Market we began our trip back to Kona. Before leaving Hilo we visited Wailuku River State Park, where we saw Rainbow Falls and Boiling Pots/Pe’epe’e Falls. 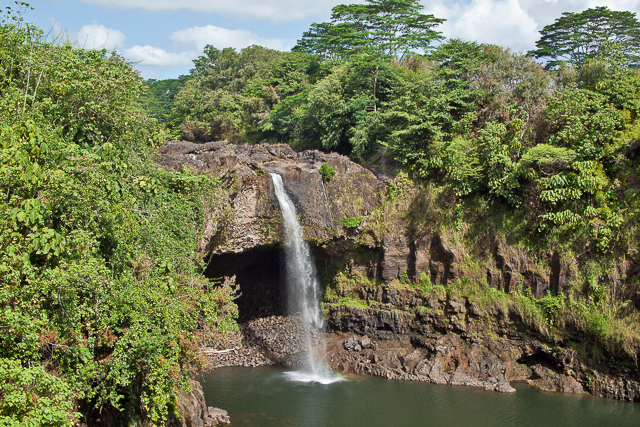 See the cave behind the waterfall? It is believed that Kamehameha buried the bones of his father in this cave. By the way the waterfall did create a faint rainbow while we were there. Unfortunately, it doesn’t appear that I captured that rainbow in this photograph (or others that I took).

We saw the strangest sight while walking to Boiling Pots/Pe’epe’e Falls. We saw two young men wearing tails. The day before they wore entire animal suits to Mauna Kea. One of the young men makes the animal suits, and they wear the tails (or the entire suit) often. 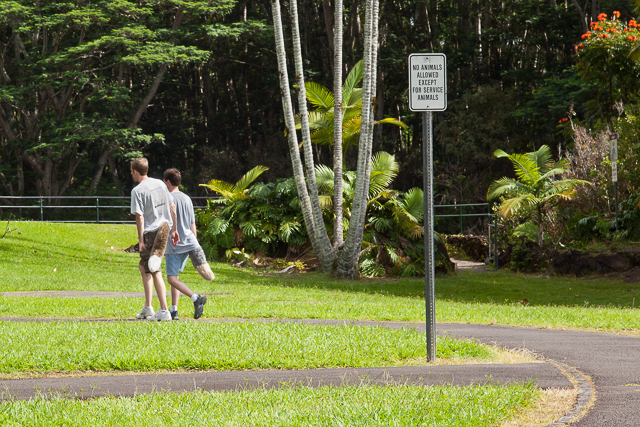 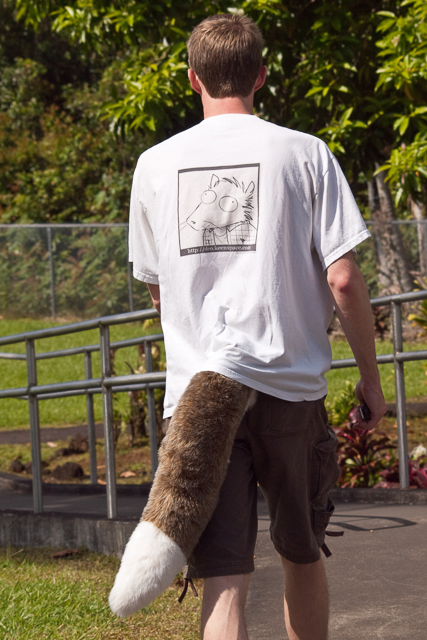 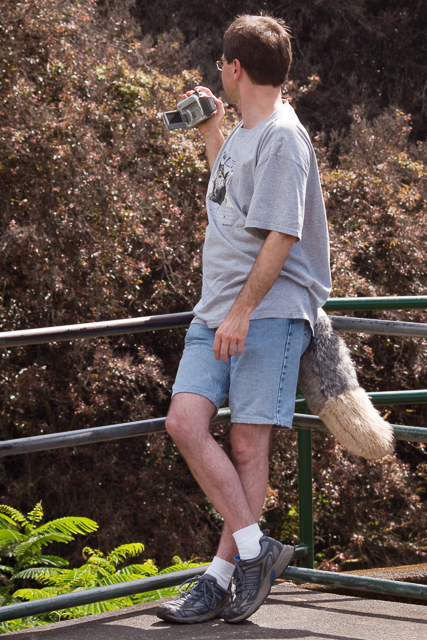 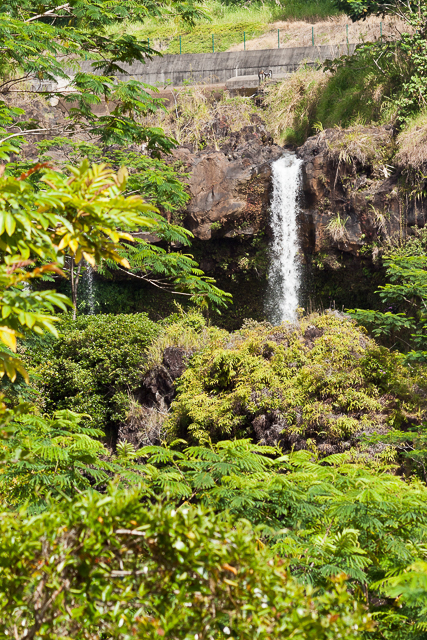 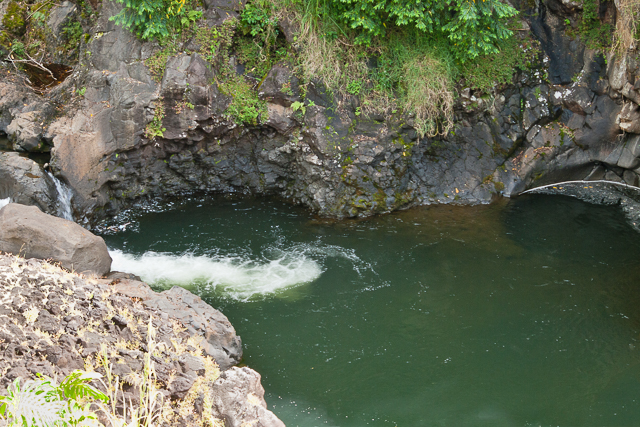 Boiling Pots
There wasn’t much water falling from Pe’epe’e Falls; therefore the boiling pots were not boiling.

I still have lots more to share with you about our Hawaiian vacation, so please stay tuned!