Bob and I spent Labor Day weekend in Cleveland, Ohio. We went to Cleveland to visit the zoo. We visited the zoo, but we saw so much more.

We made two sightseeing stops on our way to Cleveland. Both stops were in Ashtabula County, Ohio. Our first stop was at the Smolen-Gulf Covered Bridge. 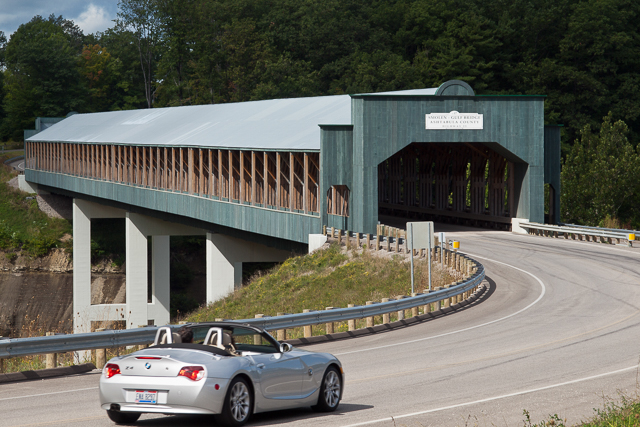 We walked across the bridge, using the covered walkways on either side of the bridge. We visited Indian Trails Park, located underneath the bridge, as well. 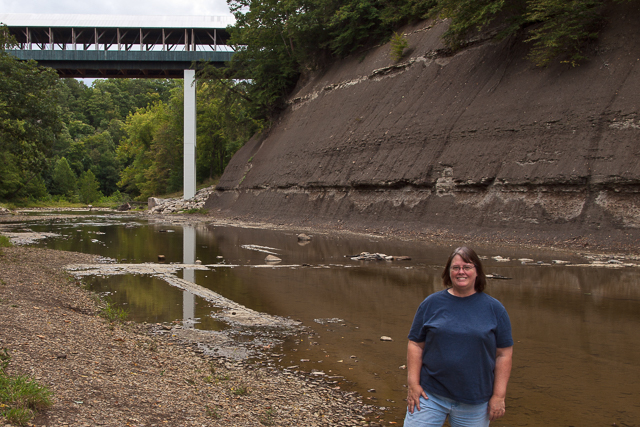 I’m standing alongside the Ashtabula River.

We plan to make a return trip to Ohio because there are sixteen more covered bridges in Ashtabula County! 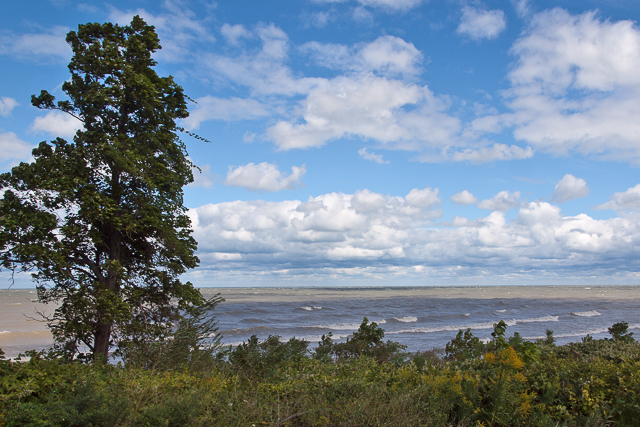 It was a windy day!
Note the white caps on Lake Erie. 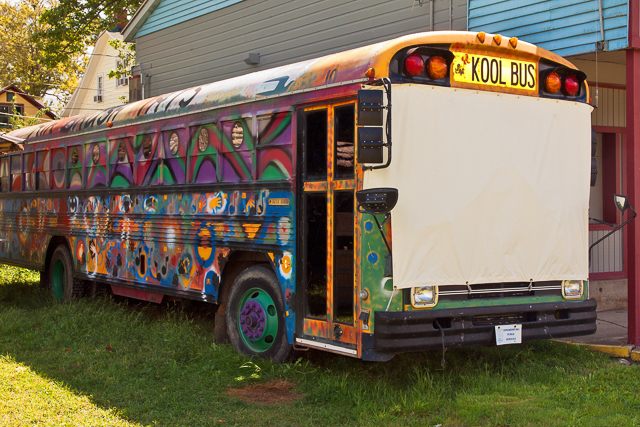 This “Kool Bus” was parked near the lake shore.

One of Geneva-on-the-Lake’s main attractions is “the Strip”, a section of State Route 531 which is lined with arcades, amusement rides, restaurants, nightclubs and live music. 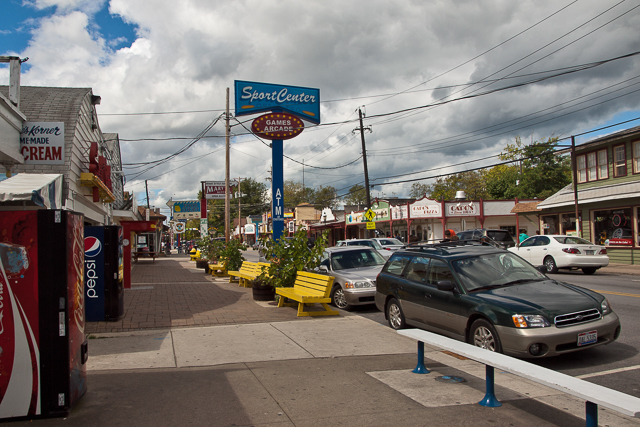 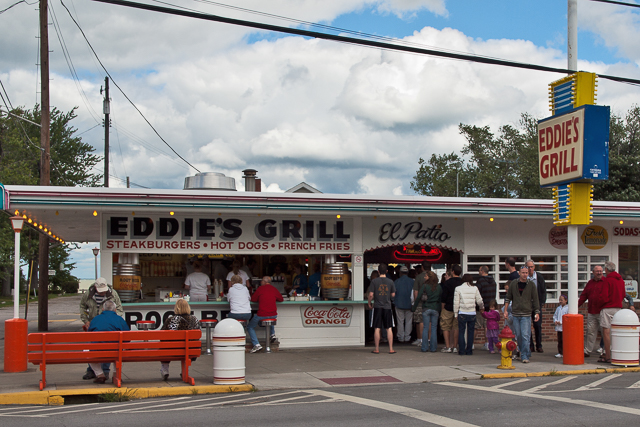 Eddie’s Grill is a popular place to eat on the Strip.

We considered eating lunch here but decided against it when we saw the line. We opted instead to eat after we reached Cleveland and had settled into our hotel room. 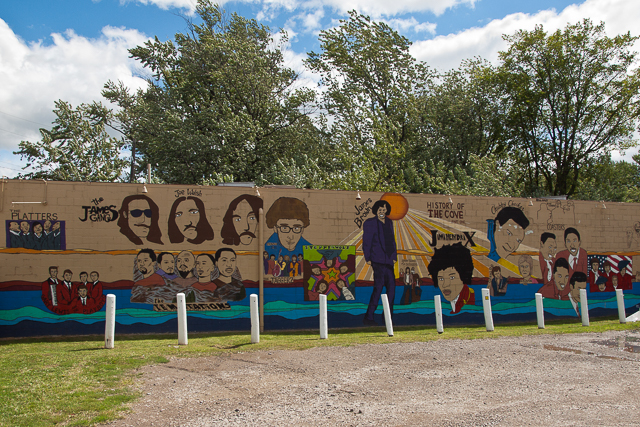 This mural was appropriately located on the side of The Cove Nite Club.

We arrived at our hotel, Best Western Inn & Suites, in the early afternoon. One of the hotel’s suites would be our home for two nights (September 4-5). 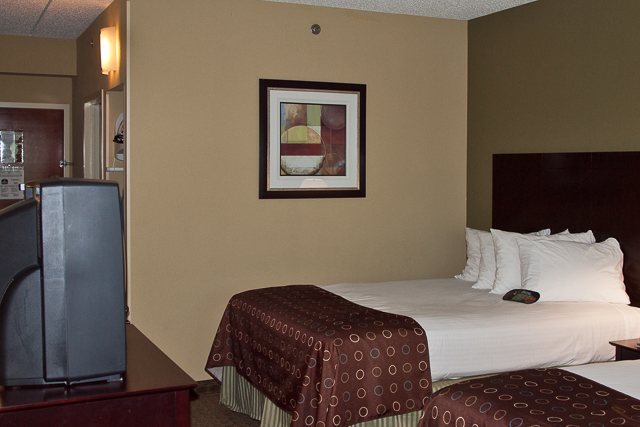 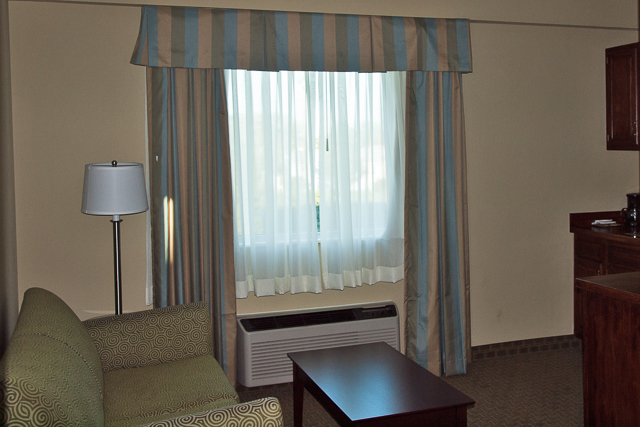 There were two restaurants within walking distance of the hotel. Bob Evans was located across one street, and Goody’s Family Restaurant was across another street. Because we can eat at Bob Evans any time, we decided to eat dinner at Goody’s Family Restaurant. It was a good choice. Bob ordered Sicilian Pork Chops; I ordered meatloaf. Our meals were delicious, and the service was very good. After dinner we returned to the hotel for the evening. The next day we went to the Cleveland Zoo, which will be the topic of my next blog post.