UPDATE: We returned the Kitty City Tower to the store from which it was purchased. We purchased another type of climbing toy. I’ll upload another blog, when I have pictures to share!

We purchased a Kitty City Tower, hoping that the tower would provide a way for Patches to reach the window perch in our living room.

When Bob first put the tower together, Patches was full of curiosity. 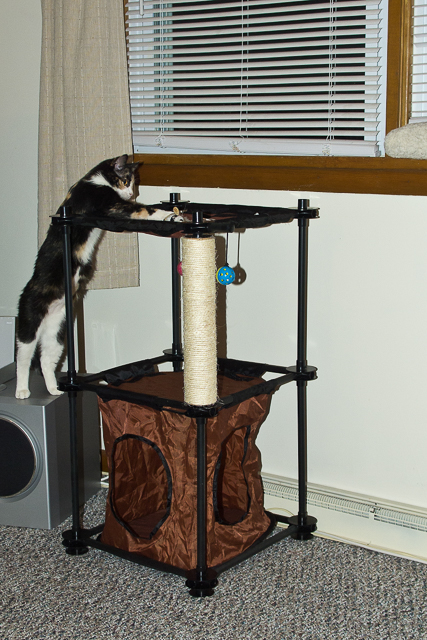 Patches and the Kitty Tower

Patches is able to reach the window perch from the top of the tower. The tower is a bit wobbly, though.

This was the first and only time Patches jumped on top of the tower. The tower almost tipped when Patches jumped down onto it from the window perch. There are other pieces that can be added to the tower, which may make it more stable. I’ll let you know if we add onto the Kitty City Tower.