Bob tried out the snowshoes I gave him for Christmas. 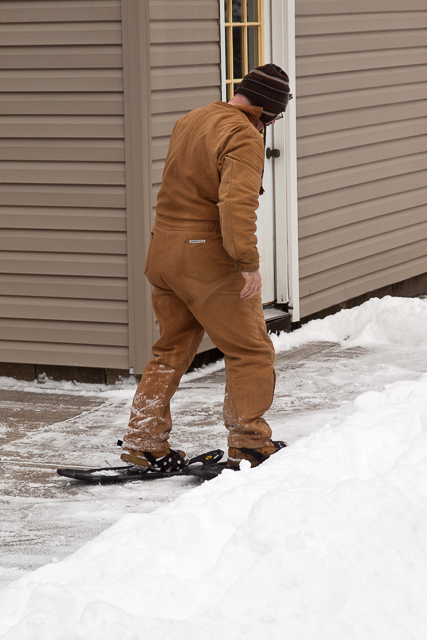 According to Bob, he didn’t “float” like he thought he would.

Bob thinks be might be pushing the weight limit of the shoes.

Another contributing factor could be that the snow is powdery, not dense.

Bob says he will try again in different conditions, not that he really WANTS any more snow.

5 Responses to “A Stroll in the Snow”