Yesterday Bob and I went for a drive to Marilla Reservoir.  The reservoir is located along Route 346 in Bradford, Pennsylvania.

We walked the one-mile trail surrounding the reservoir.  The trail features three wooden bridges, one of which is a covered bridge. 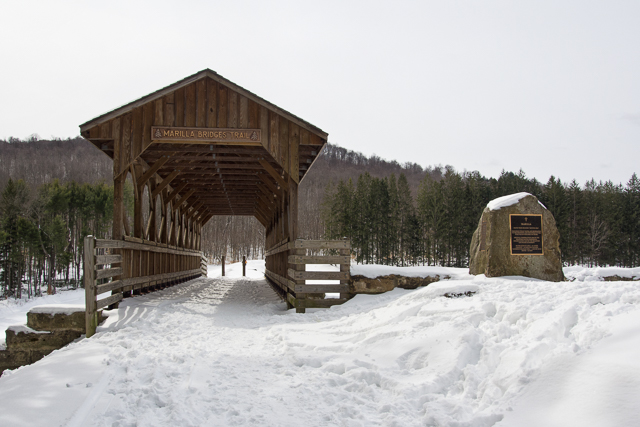 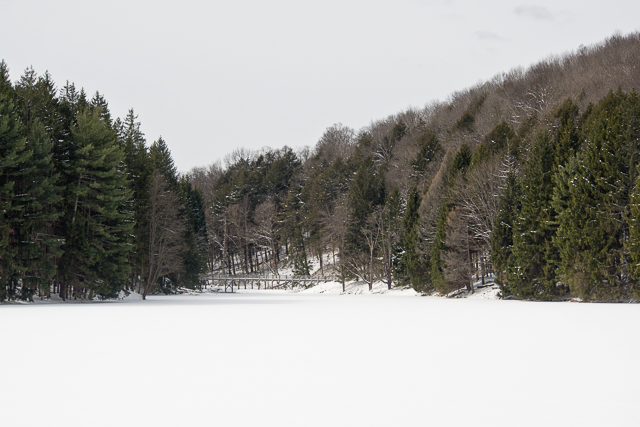 This was the view across the reservoir from the covered bridge.

After passing through the bridge, I turned around for one last photograph of the covered bridge.

The majority of the trail winds through woods alongside the edge of the reservoir.

A Bit of Color 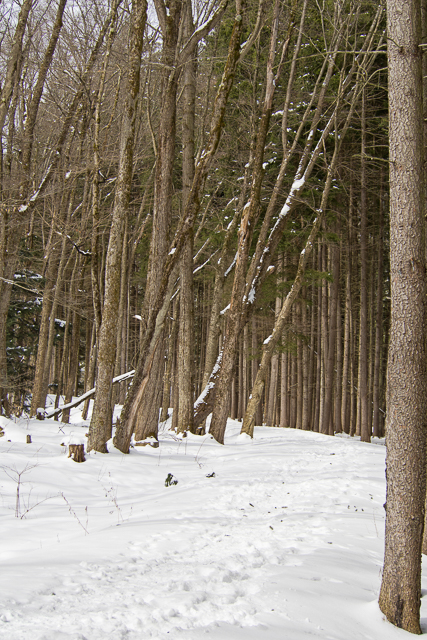 The trail winds through woods.

Soon after we entered the wooded area, Bob followed a trail onto the ice.
You might be wondering what Bob is doing out on the ice.
He walked out to a hole in the ice and took this picture.

Bob said that the ice was 3-4 inches thick.

Do you see the ice fisherman across the reservoir from Bob in the first photograph of Bob on the ice?  You will see him again in this blog post.

I found this sign humorous, given the amount of snow on the ground.

The sharp curve, noted in the sign shown in the photograph above, led to the second wooden bridge. 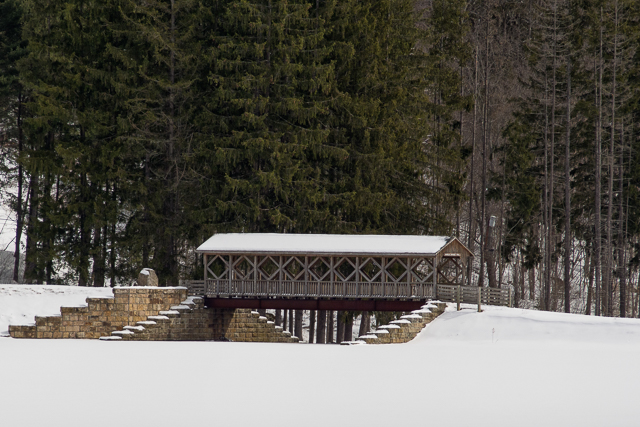 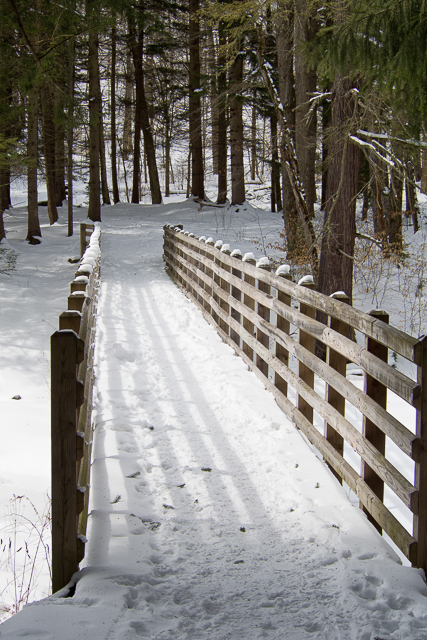 The third wooden bridge, after we had crossed it 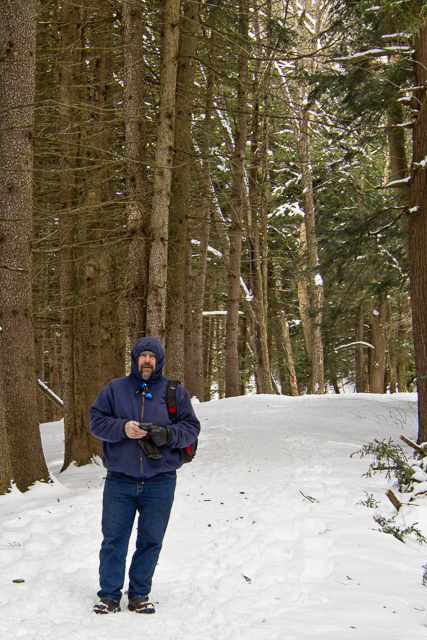 Remember the ice fisherman in an earlier photograph?

When we reached the other side of the reservoir, I was close enough to the ice fisherman to ask how many fish he had caught.  The fisherman said he had caught two trout and several perch.  I said it sounded like he had a good day’s work.  I asked the fisherman if I could take a couple photographs of him.  He said okay. 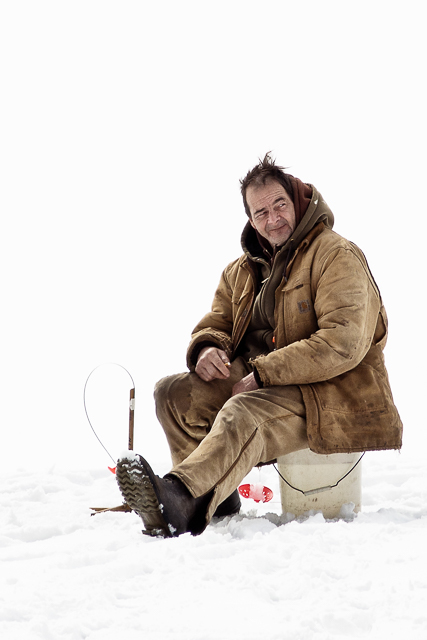 We arrived back at our car soon after talking with the ice fisherman.