There were  nine parade divisions — one division for each of the nine American vessels that fought in the Battle of Lake Erie in September 1813.  I will showcase photographs from each division in nine separate blog posts.  This blog post showcases photographs from Division 4.

See those people on the ledge beside the balloon?  That is the Avalon Hotel, where Bob and I spent 2 nights while in Erie.  Only hotel staff were allowed on that ledge.  Too bad!  I could have gotten some great photographs from there! 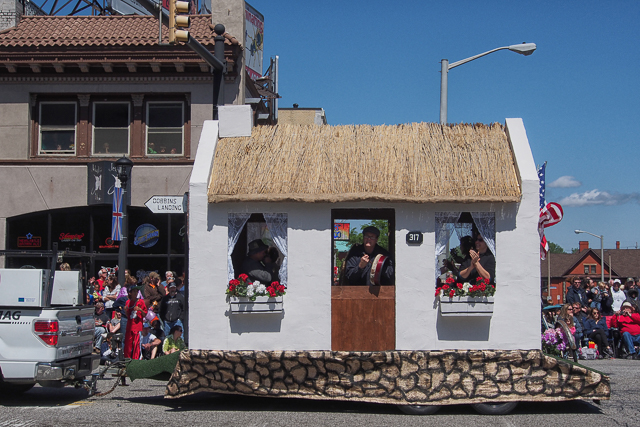