Bob and I went for a motorcycle ride this past Sunday.  We rode from Warren, Pennsylvania, to Dunkirk, New York.  From Dunkirk we rode along Lake Erie to Barcelona Harbor.  From Barcelona we rode through Westfield and Jamestown before returning home.  I am breaking up our ride into three blog posts.  Yesterday’s blog post showcased the historic Dunkirk Lighthouse.  Today’s blog post showcases sights at Barcelona Harbor.

There are two main attractions at Barcelona Harbor — the Sea Lion and the Barcelona Lighthouse. The Sea Lion is a reproduction of a late 16th century British three-mast, square-rigged sailing vessel, faithfully built in the same manner as actual ships of the time. The ship building effort took several years and several persons to complete.  The Sea Lion was officially commissioned on Chautauqua Lake in 1985. The ship was sold in 1992 to the Buffalo Maritime Society, where it was operated until it sank at its moorings in 1999. Local divers and other concerned citizens raised the ship in 2000, towing her back to Barcelona. The ship is dry docked while being restored.

It is hoped that the Sea Lion will sail again. 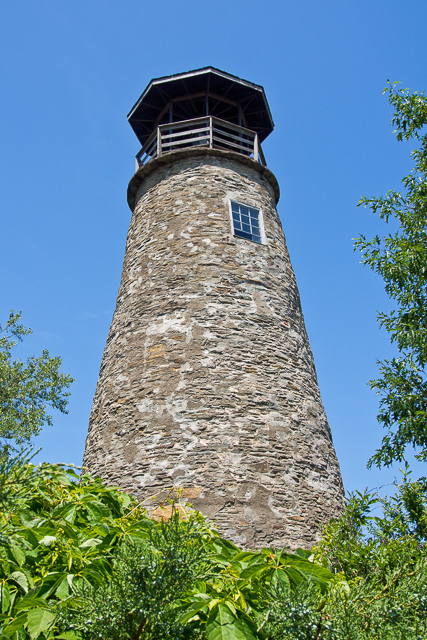 The lighthouse is privately owned.  What a great vacation home a lighthouse would make!  Don’t you agree?

What was Bob doing, while I was photographing the sights at Barcelona Harbor? 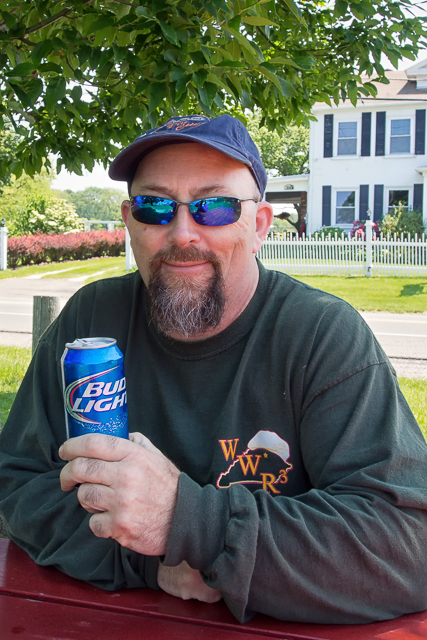 Bob relaxes with a cold one, while I photograph the sights at Barcelona Harbor.

But wait.  There is a story to tell.  On Tuesday I posted a close-up picture of Bob’s face on Facebook.  I asked my Facebook friends to “like” the photograph, if they were able to see the photographer in Bob’s sunglasses.  Debby, one of my friends left this comment: “I figured that’s what he was smiling about…”.   To which I replied “Could be, Debby; however, there is another answer to why Bob is smiling. Thursday’s blog post will provide the answer.”  I asked Bob to not spoil the surprise, which he hasn’t.    Here is the other answer to why Bob is smiling.  As Bob crossed the parking lot to join me at the lighthouse, a car was in the process of driving out of the parking lot.  Bob noticed a beer can on the trunk of the car.  He wondered how the can was staying upright, as the car was moving forward.  It is an uphill climb to reach the main roadway from the parking lot.  The beer can rolled off the trunk and onto the pavement.  After the car left, Bob walked over to the beer can, intending to throw it away.  To his surprise the beer can was unopened AND cold.  While I was photographing the sights at Barcelona Harbor, Bob enjoyed the refreshing taste of an unexpected cold beer.  That is the other reason that Bob is smiling, Debby!