I accompanied my friends, Marge and Neil, and their friend Nancy to Erie this past Thursday afternoon.  The purpose of our trip to Erie was to watch the Tall Ships Erie “Parade of Sail”.   Thousands of spectators viewed the Parade of Sail from along the Erie bayfront, the North Pier, South Pier and from areas throughout Presque Isle State Park.  Marge, Neil, Nancy and I met Marge’s friend, Carol, and Carol’s husband and sister-in-law at the South Pier.   The South Pier (indicated by the letter “A” in the map shown below) borders the channel leading into and out of Presque Isle Bay. 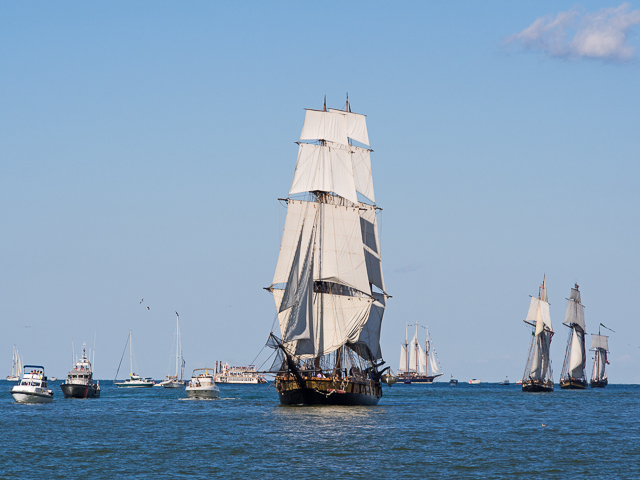 Parade of Sail begins, with the U.S. Brig Niagara in the lead 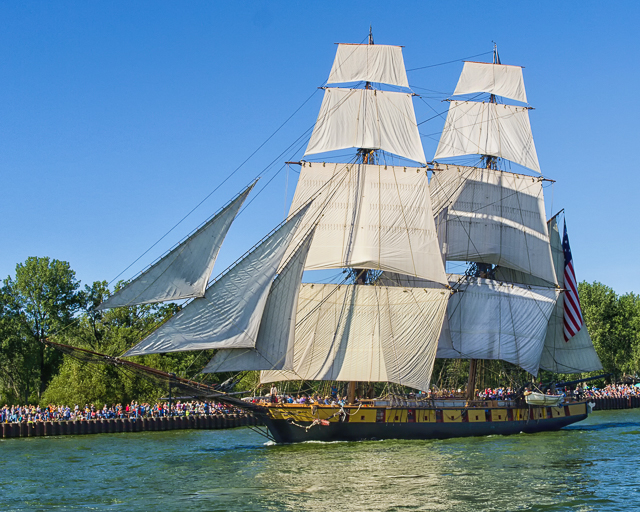 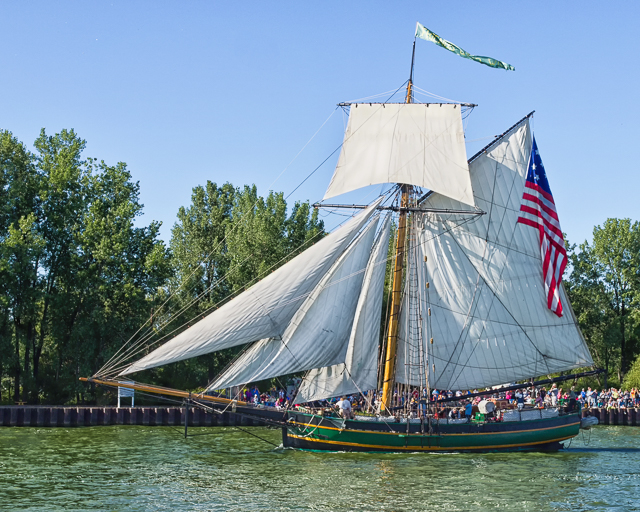 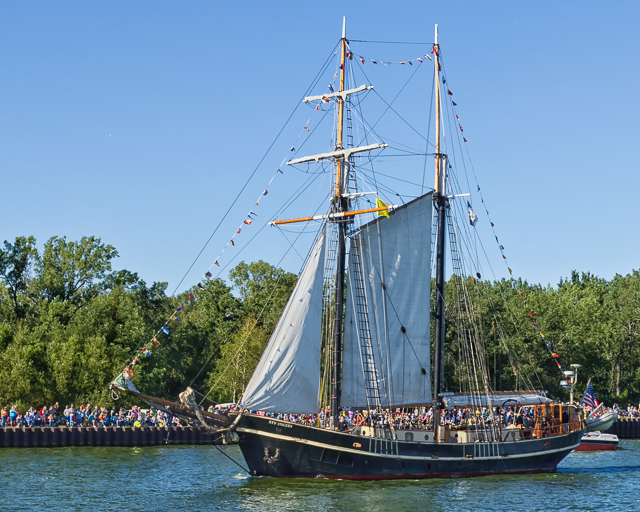 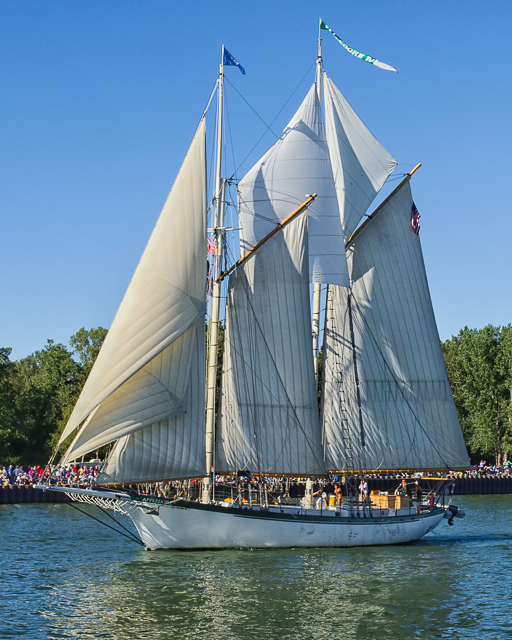 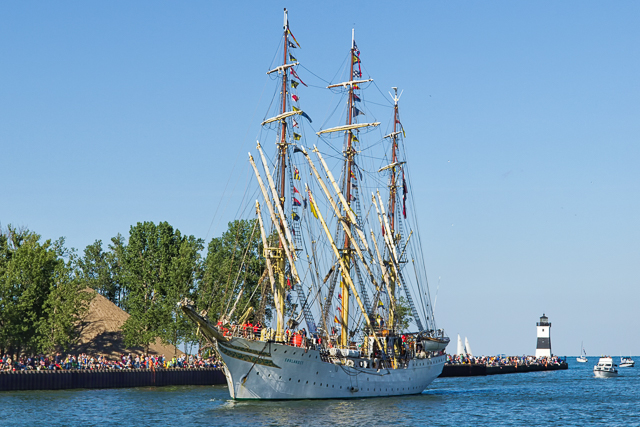