Bob and I spent the night of October 19 in the Pittsburgh area.  We visited family members both on Saturday and Sunday.  We visited Point State Park on Sunday morning.  It was our first visit to Point State Park, and it took the opportunity to see a duck to get us there! 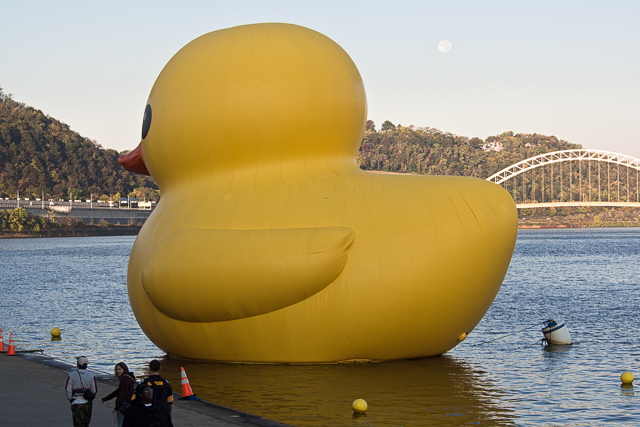 The duck was on the Allegheny River. 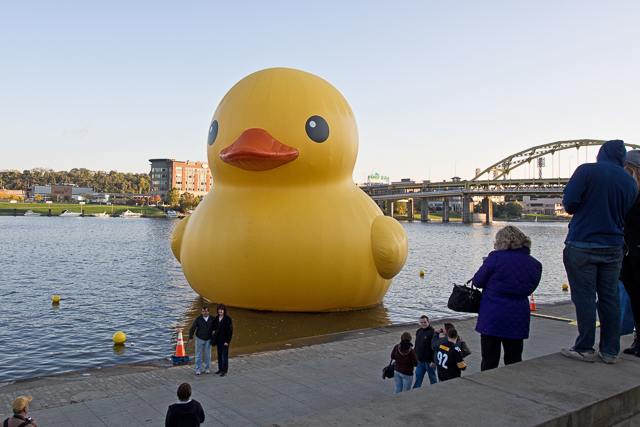 Fort Duquesne Bridge is in the background. 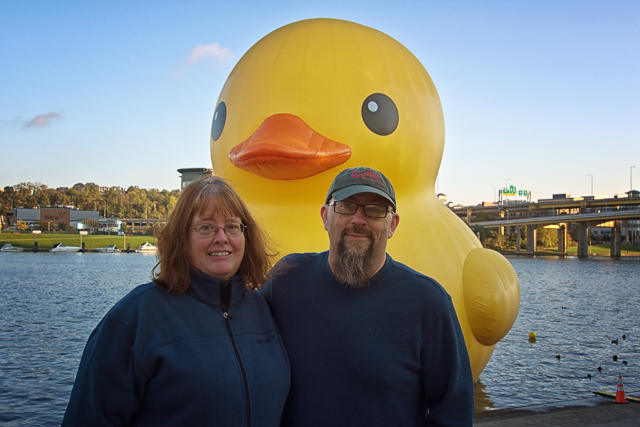 Bob and I and the giant rubber duck 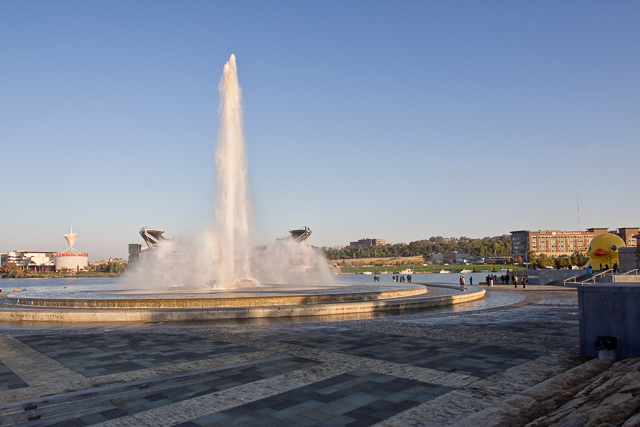 The fountain at Point State Park is at the head of the Ohio River.  You can see Heinz Field directly behind the fountain and the rubber duck at the far right side of the fountain.

Goodbye Giant Rubber Duck.
I am happy that Bob and I had the pleasure of seeing you.

6 Responses to “The Rubber Duck”