I drove to Riverside Road, near the Jamestown Audubon Center & Sanctuary, hoping to see a snowy owl.  I saw a snowy owl there on Tuesday afternoon. 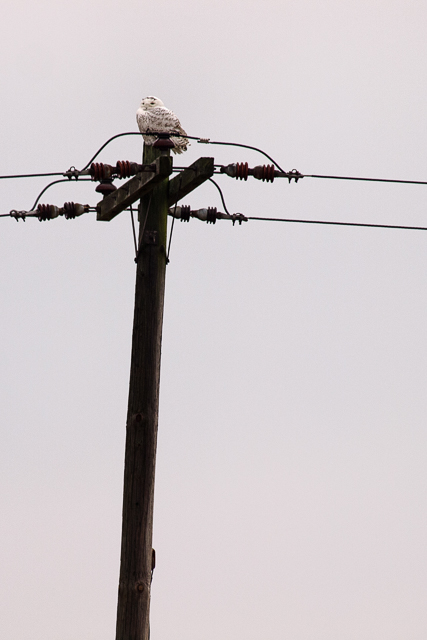 A snowy owl has been seen there or at other nearby locations all this week.  I didn’t see the owl this morning.

I made a return trip to Riverside Road early in the afternoon. Other people were there, hoping to see a snowy owl. Once again, I did not see the owl.  I don’t know if anyone was fortunate enough to see the owl today. Someone should have sent an invitation to the owl to be in the field between such and such hours! All was not lost for me, though. I drove to the Audubon Center & Sanctuary and went for a walk.

I was the only one walking the trail to Big Pond; so peaceful! The walk would have been perfect had it not been so cold. The bright sunshine did very little to keep me warm!

While on my walk, I saw and heard lots of sparrows.  The sparrows, in mass, were flitting back and forth between brush and trees. 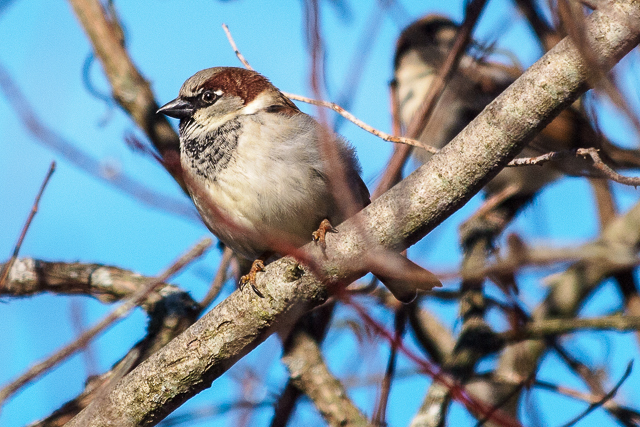 This little guy stayed still for a second, long enough for me to get his picture!

I mentioned the bright sunshine.  My eyes feasted on the beauty looking across Big Pond. 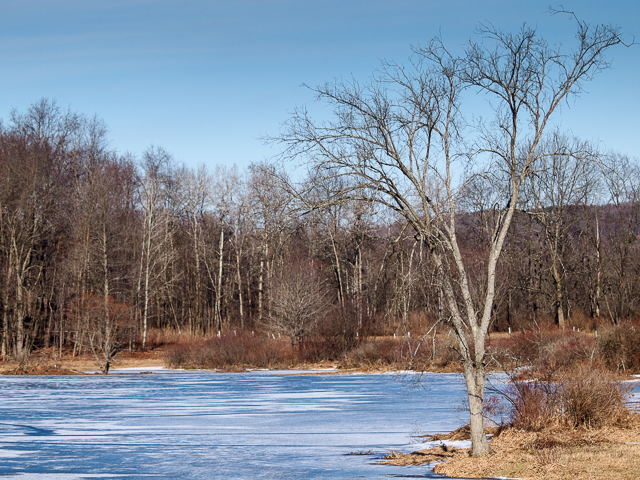 It was a picture-perfect day.

Before leaving the Audubon Center I visited with the eagle, Liberty. 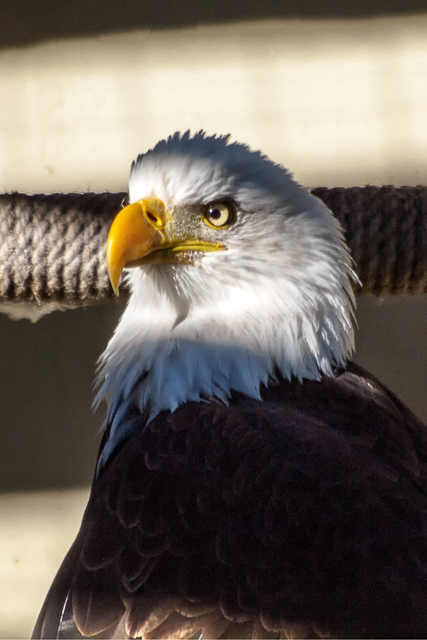 Liberty was found in the state of Washington, with an infected cut on her left wing. She cannot be released because the muscle damage in her wing prevents her from flying well enough to hunt in the wild. Liberty can fly short distances inside her habitat. 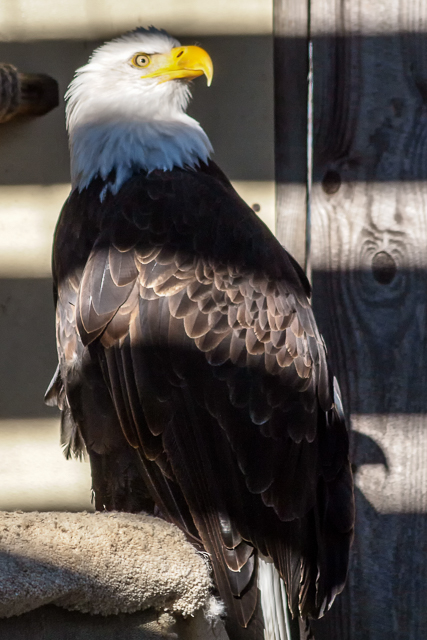 Liberty has lived at the Audubon Center and Sanctuary since June 2002. A group of volunteers take good care of her.