Yesterday was my birthday, and I spent the day with my best friend — my husband, Bob.

After watching a couple episodes of “House of Cards” yesterday morning, we went for a drive.  Our final destination was the Seneca Allegany Casino in Salamanca, NY; however, we made a few stops along the way.

Our first stop was at Kinzua Dam.

While at Kinzua Dam, we spotted a couple eagles standing way out on the ice.  I barely had time to get my camera from the back seat and exchange a 12-50mm lens for a 75-300mm lens, before the eagles flew off.  I need to learn how to capture good pictures of birds in flight. My pictures are grainy and blurry. Part of the problem is that I don’t have enough reach with my camera lens, even though my 75-300mm lens provides an equivalent focal length of 600mm. The other problem I have is focusing on a moving object, especially when I have only one opportunity to lock in that focus.

This is the best picture of an eagle in flight that I captured yesterday.

From Kinzua Dam we continued on Route 59 to McKean County, where we turned left onto Route 321.  This route was most picturesque, with the trees frosted with snow and the overcast sky giving way to blue skies. 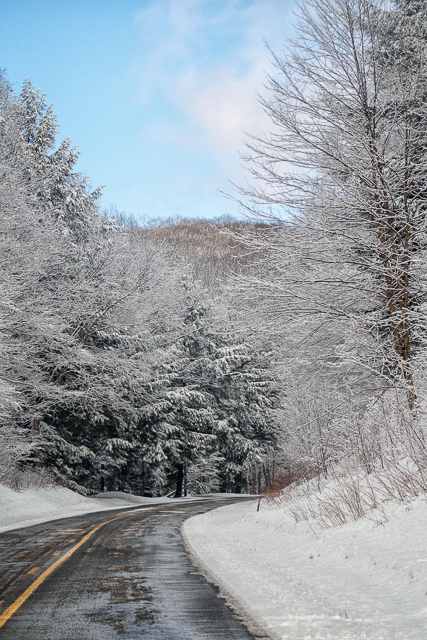 Upon reaching the intersection of Routes 321 and 346, we turned right onto Route 346 (towards Bradford, PA).

After a quick photo stop at Marilla Reservoir, we continued on Route 346 to Bradford.  We turned left onto Route 4009, which we followed to Allegany State Park.

Our first stop was at Science Lake. 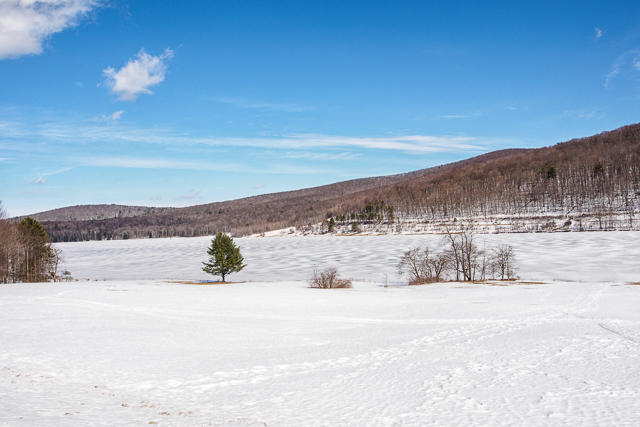 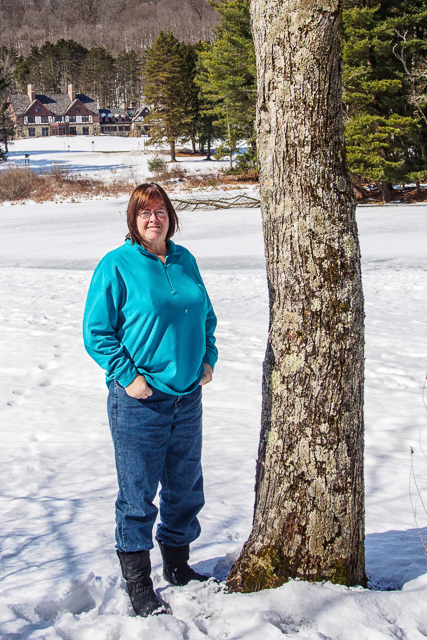 Bob took this photograph of me, with Red House Administration Building in background

We started our drive outside the park from the Red House area.  We drove along ASP Route 1 to the park’s Salamanca, NY entrance. 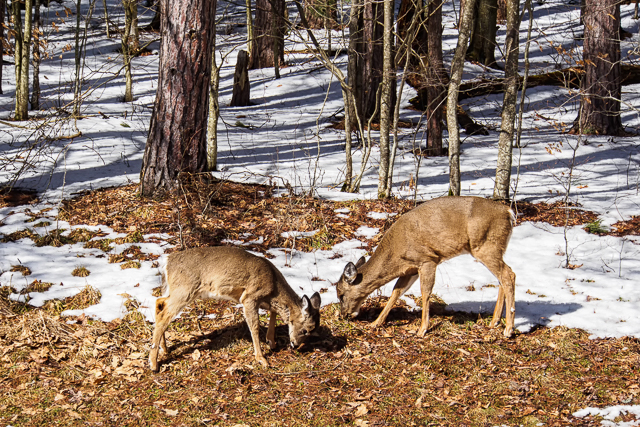 There is a scenic overlook just past the Salamanca entrance to Allegany State Park.  The overlook provides a spectacular view over the valley and to the hills in the distance.

The road seen in this photograph is Interstate 86.
In the distance there is a farm.
If you see yellow farm buildings, you have located the farm.

I have always wanted to photograph this farm. I admire it each time we pass it Interstate 86.  I never stopped to take a picture because of the fast-moving traffic. When I recognized the farm from the scenic overlook, I was so happy that I had my long lens with me.

From the scenic overlook, it was only a few minutes’ drive to the Seneca Allegany Casino.  We arrived at the casino in the early afternoon. We ate lunch at Thunder Mountain Buffet.  The casino has a special promotion on every Sunday through Thursday through February 27–buy a buffet and get $15 free slot play.  Bob and I received $15 each. I received an extra $5 credit because it was my birthday (another promotion). Bob received an extra $10 credit on his card. We don’t know why, although I think it was because he had enough points on his card to qualify for $10 free slot play. According to the “Free Slot Day Every Day You Play” promotion, Bob should have received an email informing him of the $10 free slot play.  As far as I know, he didn’t receive that email (or he overlooked it).  We had a good luck at the casino!  I left the casino with $46 and change; Bob left with $19 and change. I didn’t spend a penny of my money. Bob did spend $33 for our lunches, which was my birthday present.   It was nice that he got back $19 of that expenditure.

It was a great day overall, one of my favorite birthday celebrations.

8 Responses to “Happy Birthday to Me”