Bob and I spent three nights (April 17-20) in Waynesboro, Virginia.  Waynesboro is located near where the Skyline Drive ends and the Blue Ridge Parkway begins.  Our original plan was to stay in Waynesboro for four nights, but we departed a day early.  I will explain why we left Waynesboro a day early in a future blog post.

The highlights on Day 2 (April 18) of our Easter vacation included seeing two waterfalls and driving the Blue Ridge Parkway.  This blog post provides photographs and details of the first waterfall that we saw — Crabtree Falls.

Crabtree Falls is located only 6 miles east of the Blue Ridge Parkway near milepost 27.

We reached Crabtree Falls via Routes 340 and 11, passing through Stuarts Draft, Greenville and Steeles Tavern. Upon reaching Steeles Tavern, we turned east on Route 56. The road is curvy and fully follows the contours of the mountains.   We crossed over the Blue Ridge Parkway and continued climbing, twisting and turning until we finally descended at the entrance to Crabtree Falls.

Bob took this photograph of me, as I was returning to the car,
after taking a picture of the sign at the entrance to Crabtree Falls.

The footbridge crosses over the Tye River. 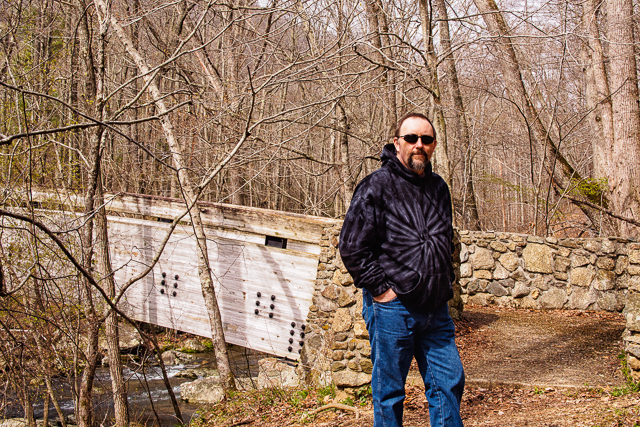 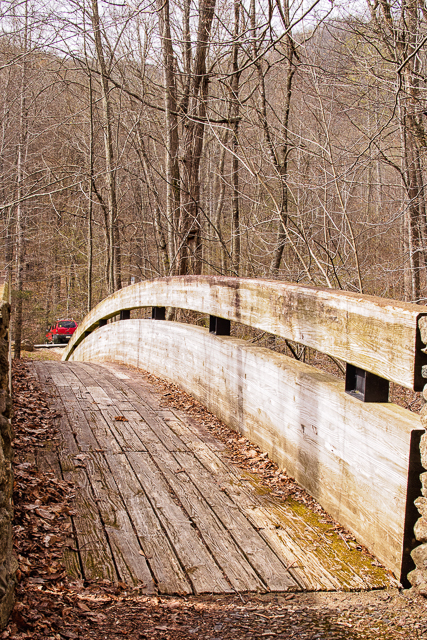 Crabtree Falls Footbridge, after we had crossed over it

Bob took this picture of me at Crabtree Falls.

Crabtree Falls is the highest vertical-drop cascading waterfall east of the Mississippi. It features a series of five major cascades and a number of smaller ones that fall a total distance of 1,200 feet.

We hiked to a couple other overlooks. 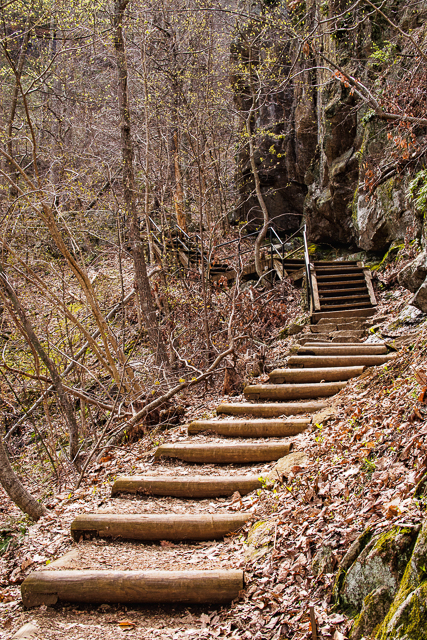 We hiked 0.3 miles.  We opted not to hike to the top of the falls, which would have been another 1.7 miles. 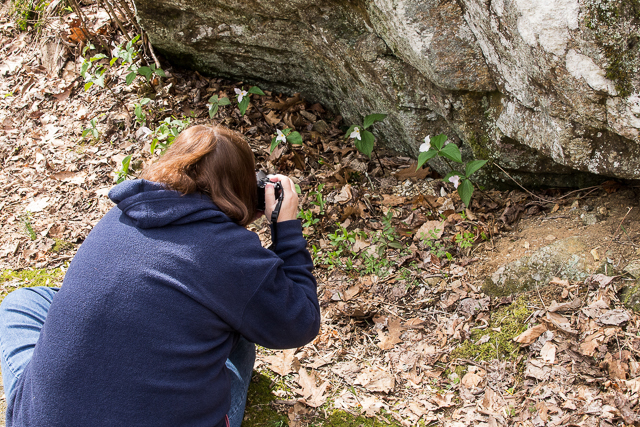 These pretty flowers were all over the forest floor.