I conducted a family photo session on Sunday afternoon. On Saturday afternoon, while on the way to my 40th high school reunion, I received a Facebook message from a Facebook friend.  My friend, April, wrote that all of her siblings would be in town on Sunday, that they all hadn’t been together in the same place in 10 years.  April wondered if I would be able to do a family picture on Sunday at her parents’ home in Scandia PA, located not far from where I live.

April and I are friends on Facebook. We had not met in person. I sent April a friend request in August 2013, after meeting and photographing her husband, Ryan, at the Kinzua Heritage Festival–a local event that I have photographed for the past 3 years.

I asked April what time on Sunday. She said 4:00 pm. We didn’t have anything planned for Sunday, so I agreed to take family photographs for April.

I arrived at April’s parents’ house around 3:30 pm and was greeted by Denny, April’s stepfather. April hadn’t arrived yet and neither had the majority of her siblings. Denny showed me around his property.  I decided on two locations for the family photographs.

I was not able to begin the photo shoot until around 5:15 pm. April’s stepsister, Kim, and family were about an hour late. The time spent waiting for Kim and family, though, seemed to fly as Brian (April’s stepbrother) and I talked shop. Brian is an avid photographer too. Once the photo shoot began, it lasted 45 minutes. 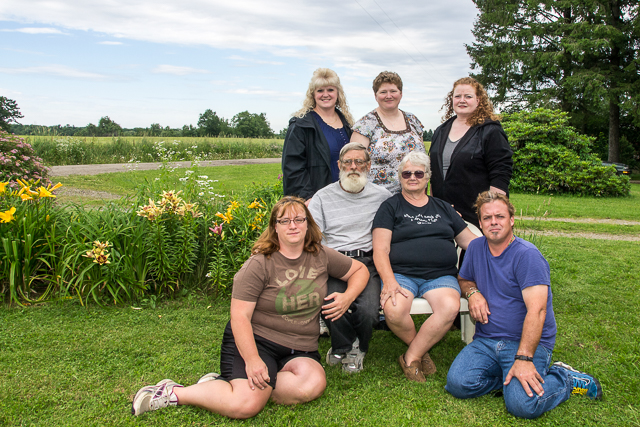 April and Siblings with their Parents 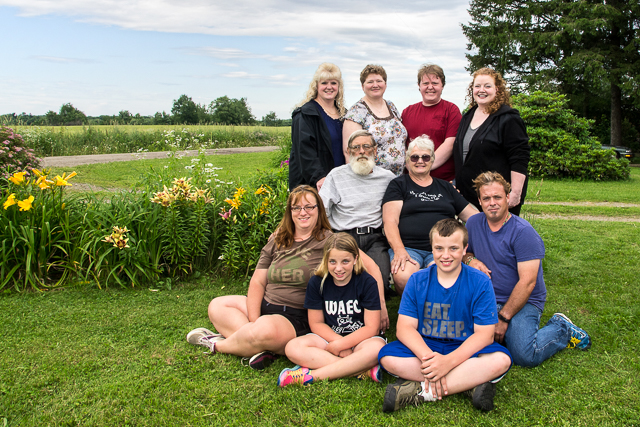 April and Siblings with their Parents
and Parents’ Grandchildren 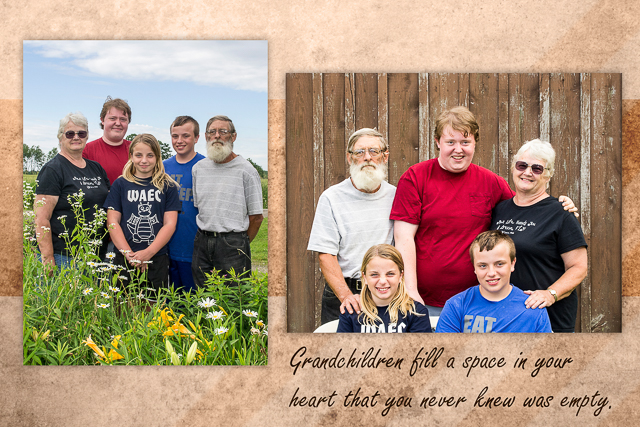 April’s Parents and their Grandchildren

April and her Family 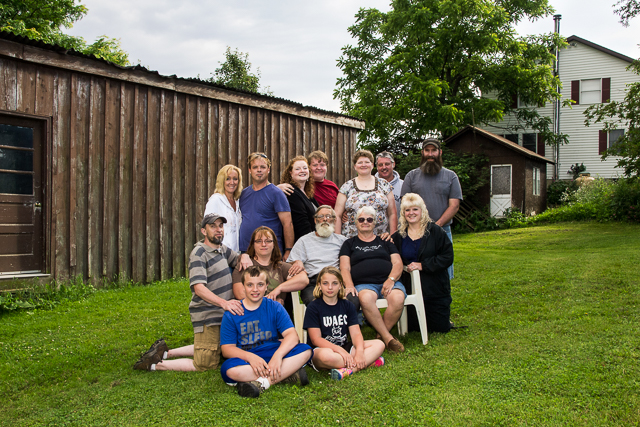 April and Family
plus Significant Others

It was so nice to finally meet April, as well as the rest of her family.  By the way, April is the lovely young woman kneeling beside her mother.  I hope to see April and her husband, Ryan, at this year’s Kinzua Heritage Festival.