Bob and I rode our motorcycle to Summit Township in Erie, PA on Thursday evening to watch the “Bringing in the Roar” parade.  The parade departed at 6:00 pm from the Presque Isle Downs & Casino and reached our location around 6:15 pm.  For the next 50 minutes we watched as THOUSANDS of bikes rode past us. 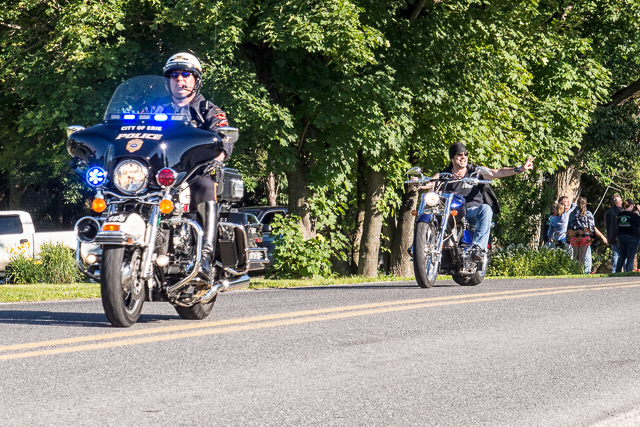 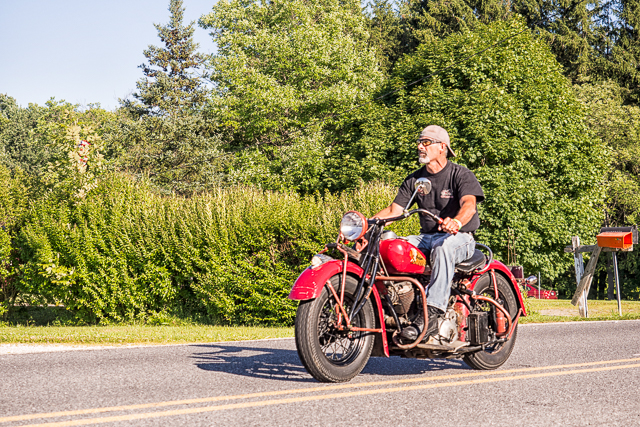 I liked watching the motorcycles, as they came up over the crest of the road. 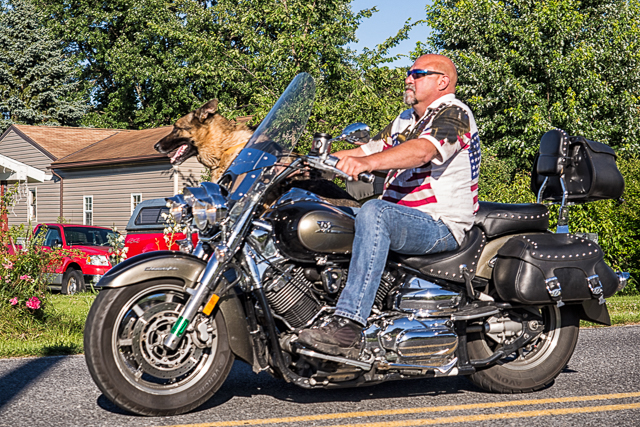 Not all passengers were human 🙂 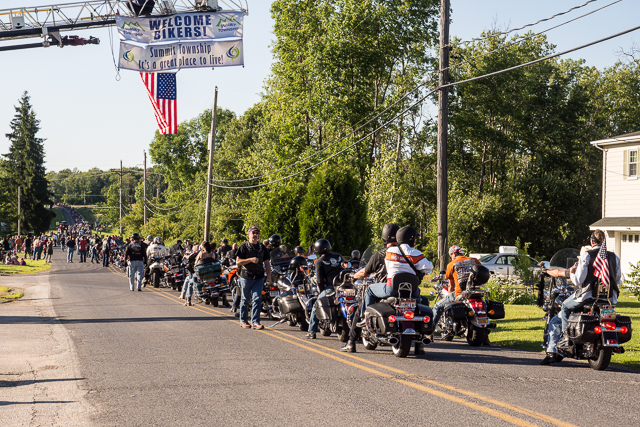 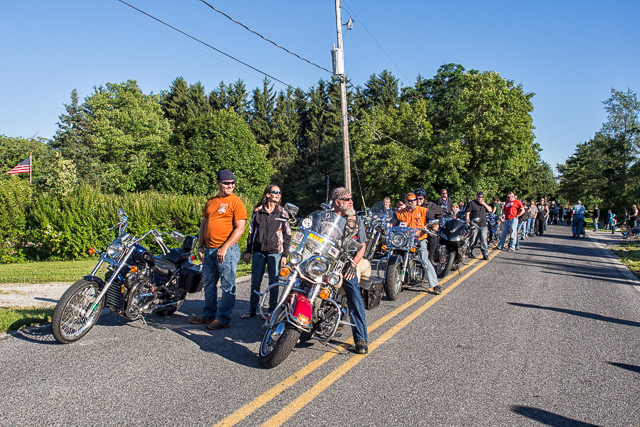 This year marks the eighth year that Roar on the Shore has been held in Erie. According to the “Roar on the Shore” website, this motorcycle rally was created to serve as a fund-raising event for a local charity. Proceeds from this year’s rally will benefit Saint Patrick Haven, a shelter for homeless men, many of whom are veterans. The shelter is located at 147 East 12th Street in Erie.  “Roar on the Shore” is a 4-day event this year (Wednesday, July 16, through Saturday, July 19) and is held in downtown Erie, at Perry Square.

4 Responses to ““Bringing in the Roar” Parade”