Bob and I went for a motorcycle ride this evening with friends.

We rode to The Igloo in Frewsburg, NY. 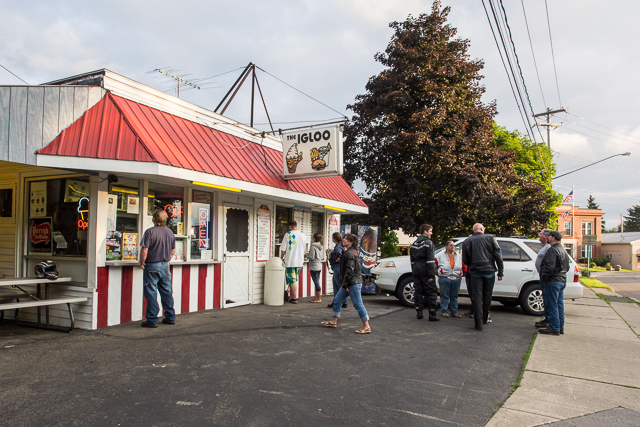 We actually passed by The Igloo early in our ride, as we planned to ride to Randolph NY to an ice cream stand that we had rode to a few weeks ago.  A bridge was out, and following the detour would have made us return home in the dark.

Did you know that today marks 110 years since the ice cream cone was invented?  On July 23, 1904, according to some accounts, Charles E. Menches conceived the idea of filling a pastry cone with two scoops of ice-cream and thereby invented the ice-cream cone. 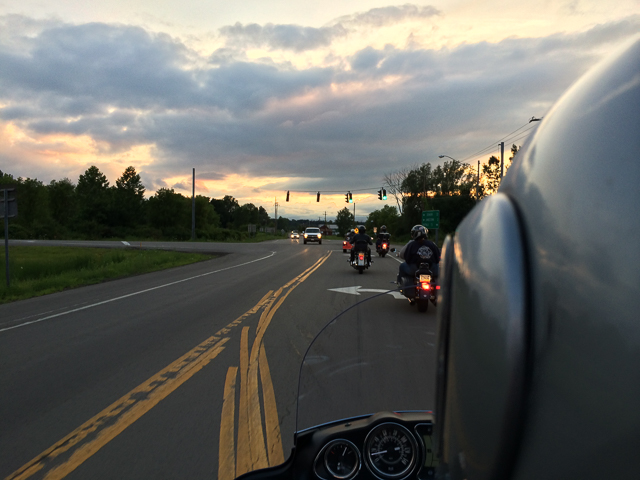 On our way home from The Igloo

It was another wonderful Wednesday night spent in the company of friends.

2 Responses to “Wednesday Night Ride to The Igloo”