On May 10th, our second day of vacation, after visiting Babcock State Park we drove to the Summersville area, where we crossed over the Summersville Dam and entered the Gauley River National Recreation Area.

We enjoyed views of the dam from the tail waters of Gauley River, as well as from an overlook on WV Route 129.

The Summerville Dam is described as a “rock-fill dam” and is the second largest of this type in the eastern United States. It took 12 million cubic yards of dirt and rock to construct it.

The reservoir formed by the dam is called Summersville Lake. It covers 2,700 acres and has 60 miles of shoreline making it the largest lake in West Virginia. 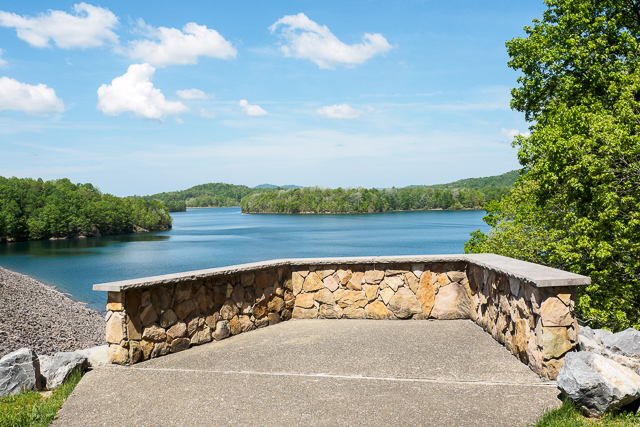 Located on Rt. 129 a short distance from the Summersville Dam is an overlook of Long Point on Summersville Lake. 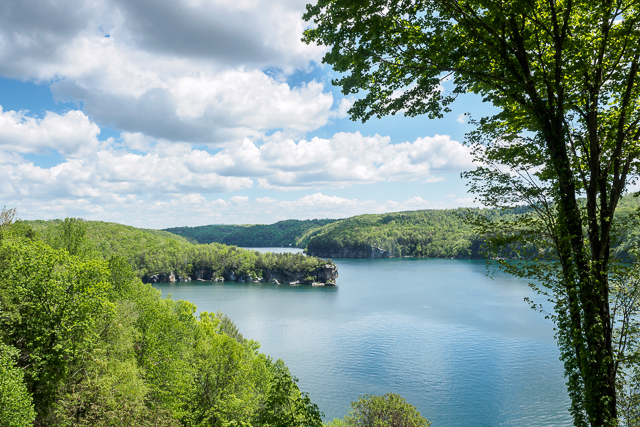 The overlook provides a beautiful view of Long Point, which is the highest cliff on Summersville Lake.

Long Point juts out of the water to almost 100 feet.

We ate lunch at Dirty Ernie’s Rib Pit in Fayetteville, WV. The restaurant wasn’t much, looking at it from the parking lot. It is true that one should not judge a book by its cover. Even though the restaurant was very busy (it being Mother’s Day), we were seated in a short amount of time and served fairly quickly.

We ordered the smoked brisket entree.
The brisket was very tender and delicious.

By the way, we ate at Dirty Ernie’s per the suggestion of our friend Jim “Skid” Robinson.  He is the author of an excellent blog, Skid and Sandy on the Road.

Stay tuned.  In my next vacation blog post I will take you to the bottom of New River Gorge!