This is Day 3 of our Labor Day weekend vacation.

The sleeping conditions at our hotel were great for a good night’s sleep. We went to bed with the AC on; it was quiet; and I didn’t get awakened with acid reflux. My back feels much improved this morning, as does my knee.

We got a little later start to the day today. We slept in until shortly before 7:00 am. Even with a later start to the day we were showered and dressed, had visited Shequaga Falls in Montour Falls and were seated at Classic Chef’s in Montour Falls by 8:00 am. We did attempt to go to Curly’s Family Restaurant, just a short distance from Classic Chef’s, for breakfast, but it was closed. It is just as well, I believe, that the restaurant was closed. I checked out the restaurant reviews this afternoon, and the reviews weren’t all that great. Breakfast at Classic Chef’s has always been good. Why change breakfast venues, when we have found a good place!

You can ride up to the base of Shequaga Falls.  It is located right at the foot of Main Street in Montour Falls, NY.

After breakfast, we drove into Watkins Glen. The Empire Passport is a nice convenience. For $65, the Empire Passport provides unlimited day use vehicle entry into most of New York parks.  I only wanted to hike a short distance of Watkins Glen Gorge.  We would not have stopped at the gorge, if we would have had to pay the $8.00 entry fee into the park.  The expense would not have been justified for such a short stay. 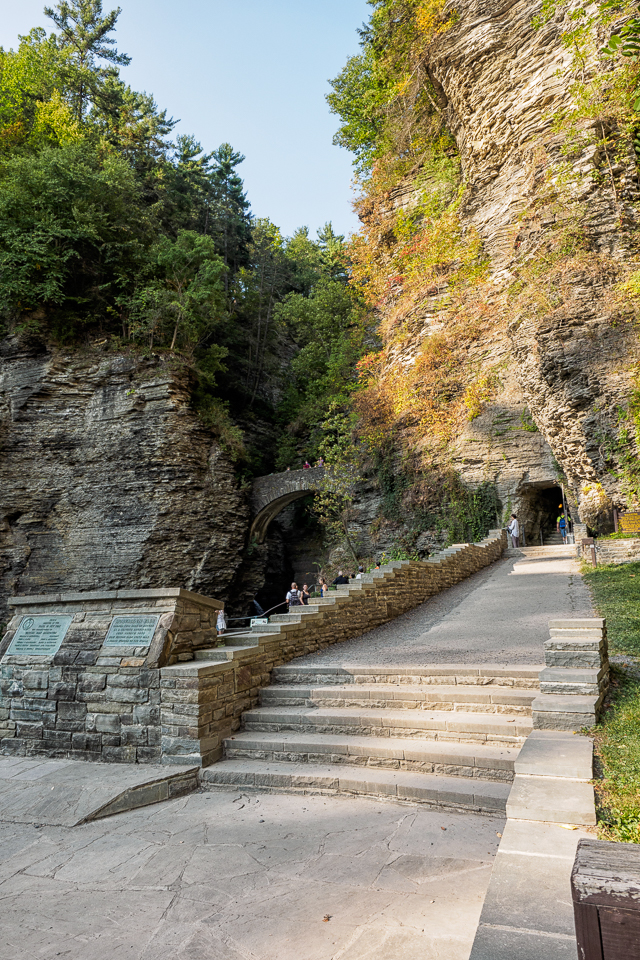 We hiked just past Sentry Bridge to the gorge view that I wished to photograph.

This is the gorge view that I wished to photograph today.

Close-up picture of the waterfall seen in the gorge view.

From Watkins Glen, we  departed for a drive around Seneca Lake.

Our first stop, while driving around Seneca Lake, was at Hector Falls.

Hector Falls is best seen from Seneca Lake, however the upper portion of the waterfall is easily viewed from the NY 414 bridge that travels right next to the falls.

We made two more stops on our way around Seneca Falls. We pulled off for a photo opportunity of Seneca Lake, and we visited Sampson State Park in Romulus. 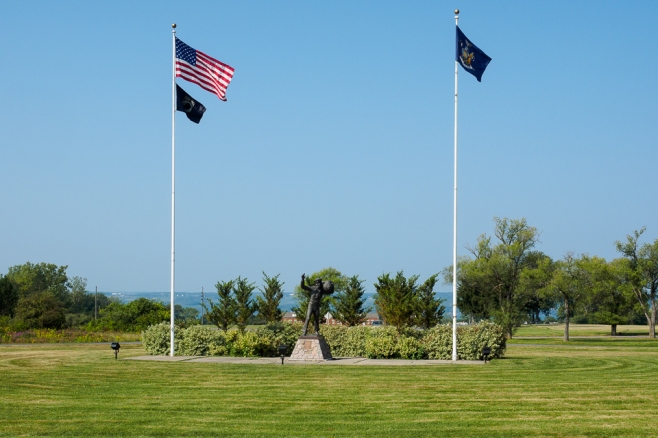 I will share details and photographs from our visit to Sampson State Park in my next blog post.

Up to this point we had planned to drive to Geneva and then drive on the western side of Seneca Lake south back to Watkins Glen. We changed our minds. We decided to turn around at Sampson State Park and go back the way we came. We didn’t go back quite the same route. GPS took us a different route, which was fine. We got to see more of the Finger Lakes countryside.

Back on NY 414 we stopped at the Finger Lakes Distillery in Burdett. 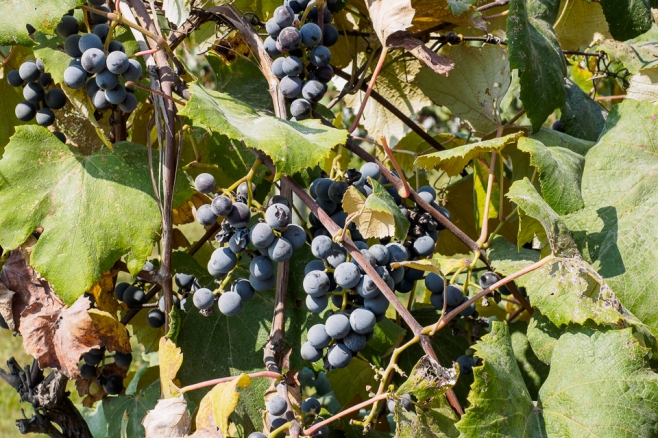 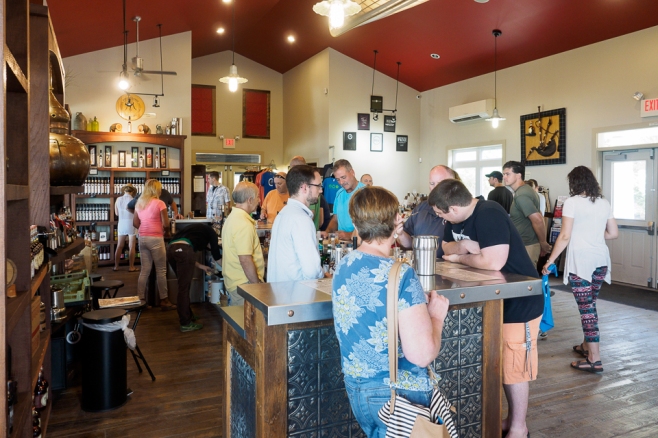 Bob tasted three whiskeys that cost $1.00 for each shot. The three whiskeys Bob tried were: Pot Still, which is an Irish style whiskey, Bourbon, and Rye. He purchased a bottle of Bourbon. The distillery offers tours on Saturdays. Bob would like to go on a tour sometime, when we come back to this area.

From the Finger Lakes Distillery we drove to Big Flats, where we ate lunch at the Outback Steakhouse. Service was slow, but the food was good.

After lunch, we returned to the hotel for a few hours of rest and relaxation.

We ate dinner at Arby’s in Watkins Glen. It was the first time this weekend that we ate out all three meals. Friday and Saturday nights we snacked in our hotel room.

After dinner, we went to Clute Memorial Park in Watkins Glen.

The blue dot shows our location, while at Clute Memorial Park.

We spent more than an hour at Clute Memorial Park enjoying the lake sounds and smells … …the waves, the breeze, the boats bobbing up and down in the water, the music from the boats, the darkening sky, children playing, people wading in the water, and BBQ smells (good thing we had already eaten!).  What a nice way to end a day! 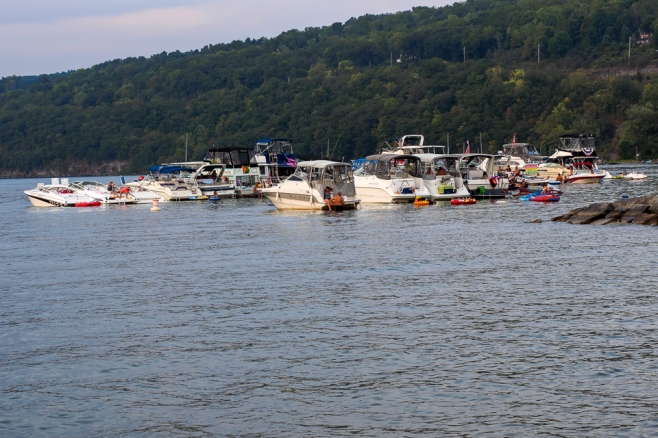 This dog likes to ride the surf board.

This was as close to a spectacular sunset as we got, while at Clute Memorial Park.