Yesterday afternoon my husband and I went for a drive through Allegany State Park.  The main purpose for yesterday’s drive through Allegany State Park was to discover photo opportunities. We made a circle tour of the park stopping at Science Lake, Quaker Lake, the Stone Tower and the Thomas L Kelly covered bridge. I used my camera’s Dramatic Tone art filter. The resulting photographs are works of art. My camera did the hard work, i.e. processing the image which resulted from the use of the filter. All I did was compose the picture (which takes some talent I guess ;)), and crop and sharpen the picture.

I obtained the following information pertaining to the Dramatic Tone Art Filter from Robin Wong.

“Art Filters were first introduced in Olympus E-30, allowing users to instantly process their photographs into a selection of available creative effects, such as Pinhole and grainy film effects. While many professional photographers initially frowned upon such redundant installation of bells and whistles to a seemingly mid-level DSLR from Olympus, the Art Filters did win the hearts of many. [T]he popularity of the Art Filter has grown, and been included in all Olympus newer cameras, DSLR system, PEN series and even the compact cameras (called magic filters). It was not so much of what the effects produced since they can be easily manipulated and reproduced by many other means through post-processing software. What really worked was the user experience while shooting in Art Filters, firstly you can instantly view the effect in real time as you compose the shots in live view before even making that shutter button click, and secondly, you can obtain the results straight out of camera.”

Continuing with Mr. Wong’s description of the Dramatic Tone Art Filter, Mr. Wong says that the filter “is simply an in-camera pseudo-HDR processing capability, to convert the ordinary looking image into a fake rendition of a HDR shot.”

“If you have dabbled into the world of HDR (high dynamic range) photography, you would have realized that this Dramatic Tone Art Filter is no magic at all, it is simply a very quick processing to drastically lift up the details in the shadow region, while toning down significantly the brightness in the highlight region. Basically what the filter is trying to do is to balance up the dark and bright areas, but at a very extreme margin that the image will most likely turn out looking very unnatural. The lighting balance has been heavily manipulated, and the colour saturation has also been boosted, along with the overall contrast of the image. The overall outcome is a very punchy, strong, vividly surreal looking image.”

Because “Dramatic Tone is actually a pseudo HDR simulating process, it will … benefit you in areas where you require high dynamic range, or the situations when you would actually do HDR photography.” Mr. Wong finds “Dramatic Tone to be useful in the following shooting conditions:

1) Areas with high contrast of shadow and light.

3) Heavy textures. The Dramatic Tone will put more emphasis on textured subjects, such as the cloud formation in the sky, the rough surface of a brick wall, or the mixture of pimply formation and blackheads of a human face.

4) Areas with flat lighting. If you want to change the flat looking image, the Dramatic Tone can open up a new dimension, and recreate the scene as if the lighting has been changed somehow.”

1) If you want a natural looking image. If the lighting already has a lot of impact, or producing a very pleasing outcome, you might want to stay away from Dramatic Tone and just stick with the natural, good lighting conditions. Dramatic Tone can either improve your shot, or completely ruin it.

2) People photography. Somehow… Dramatic Tone can be a disaster to any form of human photography. The skin tone will become uneven with heavy traces of shadows all over the skin, and the colours come out really odd and looks like plastic.

3) High ISO shooting. As highlighted earlier, the Dramatic Tone is a processing from the original image file into a pseudo-HDR image, and through my experimentations, I found even at ISO400, the noise level can be quite unacceptably visible and annoying, with heavy smudging and smearing of fine details. I suspect an additional noise-filtering has kicked in. Shoot the Dramatic Tone only at ISO100-200 for best results, obtaining minimal noise and maximum details/sharpness.”

Mr. Wong stated in his article that he “personally would shoot … images in RAW, and apply the Dramatic Tone Art Filter later while … [at] home processing … images.” I assume Mr. Wong is referring to the use of Olympus Viewer software, which provides the capability to apply filters on RAW images.

According to Mr. Wong, “while you are engaging the Dramatic Tone:

1) The settings such as White Balance, Saturation, Contrast, Gradation and Sharpness can be fully tweaked and fine-tuned up to your hearts content, as if you are shooting a normal scene. Do take note that the White Balance setting affects the outcome of the Dramatic Tone significantly.

2) You can use B&W or Sepia with the Dramatic Tone, to create really wonderful looking images.

3) All the basic camera settings can be used … you can … use all the full PASM modes (Programme, Aperture Priority, Shutter Priority and Manual) together hand in hand with Dramatic Tone. Having full control of Aperture and Shutter speed can create even more creative output, such as slow motion movement of the waterfall, or the fast moving panning shots.

4) If the original output of the Dramatic Tone comes out too harsh for your liking, you can always do a little brush up in your post-processing to tweak the image to your preference. I personally would tone down the saturation a notch or two, and reduce the heavy contrast by a little, while lifting up overall brightness.” 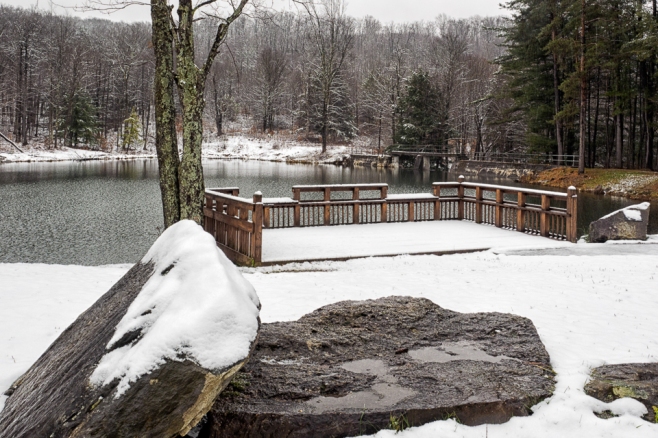 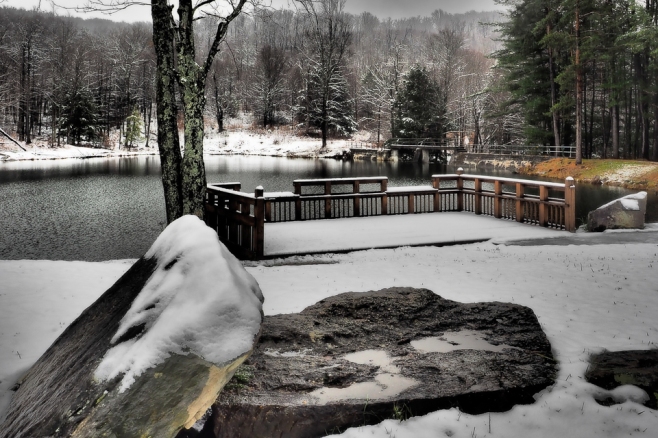 I have several art filters on my camera. The dramatic tone art filter is my favorite.