We spent the night of Sunday, December 6th, in Niagara Falls, Ontario. We departed Warren PA at approximately 10:00 am. We drove to Niagara Falls via NY Route 5. We crossed the Peace Bridge into Canada and followed the Niagara Parkway to Niagara Falls. We arrived at our hotel, Embassy Suites, around 1:00 pm. The regular check-in time is 4:00 pm. When I made our hotel reservation, I requested an early check in. The hotel was able to check us in upon our arrival.

Our spacious, luxurious two-room suite was on the 23rd floor (room 2316), with a view of Horseshoe Falls.

Soon after checking in, we ate a picnic lunch in our hotel room.  We had picked up the grocery items for a picnic lunch at a grocery store, en route Niagara Falls.

We stayed in our room, relaxing, until 4:00 pm at which time we rode the elevator down to the 9th floor to The Keg Steakhouse for dinner.  Our hotel accommodation included a $30 (Canadian $) dinner credit for The Keg Steakhouse.  Bob and I both ordered chicken entrees. My dinner was Supreme Chicken Breast, which was pan seared and roasted.  My dinner was served with twice baked potato and broccolini. Bob’s dinner was Seafood Chicken Deluxe, which was boneless chicken breast accompanied by scallops, shrimp, and crab meat, and served on garlic mashed potato and steamed asparagus.  As we ate dinner, we admired the view of the American and Horseshoe Falls as the sun set.

This was our view, while eating dinner at The Keg Steakhouse.

We watched the sky change color, as the sun set, while we were eating dinner.

After dinner, we dropped by the complimentary evening reception (held across the hall from The Keg Steakhouse) to pick up a double Scotch and pickles (for Bob) and a snack mixture for me to take to our room.

Around 5:45 pm we left the hotel for a walk alongside the falls. We rode the nearby Falls Incline Railway to Table Rock. 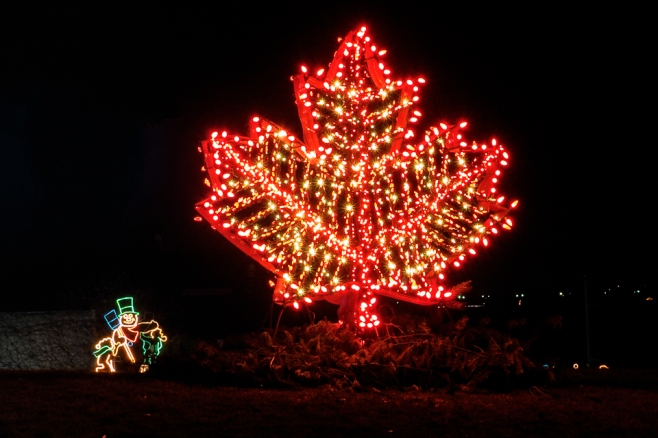 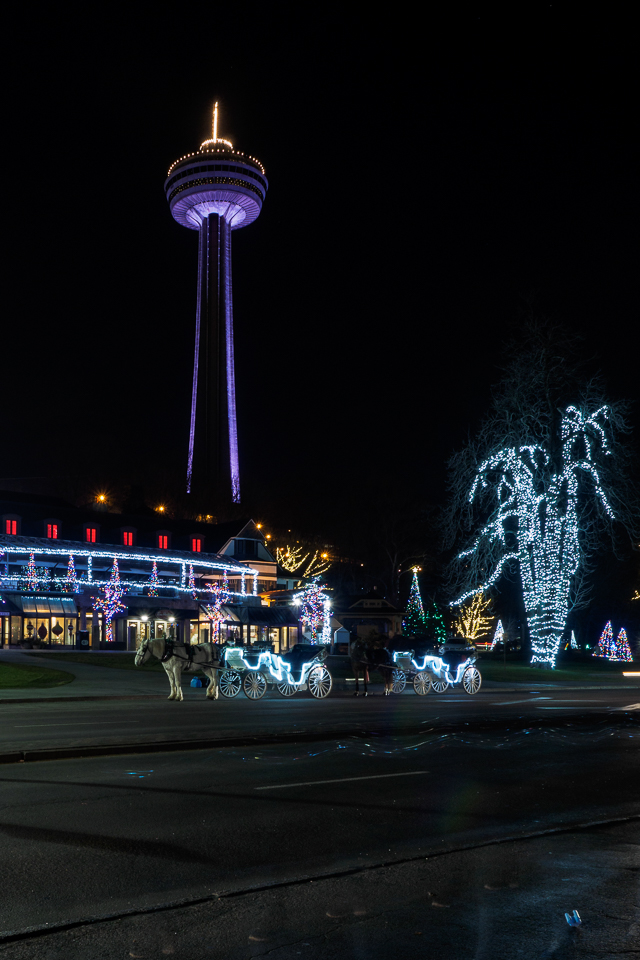 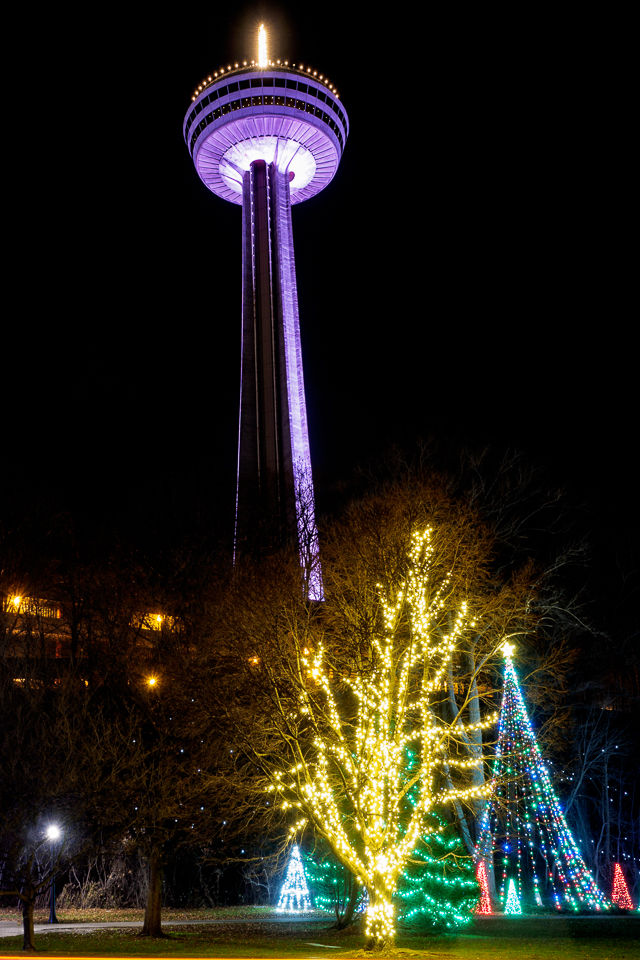 It was very nice to walk alongside the falls in December and not get cold and not get wet! We climbed Murray Street and then walked back to Embassy Suites via a walkway between our hotel and the Fallsview Casino Resort.

Fallsview Casino and Galleria
The casino lights changed colors, from green to blue to red to red and green.

We returned to the hotel around 7:15 pm.  Back at the hotel we made use of the Jacuzzi and spent the remainder of the evening in our room.

At 7:00 the next morning we took the elevator to the 9th floor, where we enjoyed a complimentary breakfast.  In addition to breakfast items that we are accustomed to when staying at Best Western Plus hotels, Embassy Suites provided made-to-order omelets as well.  Bob and I ordered omelets for breakfast.

We walked to the Fallsview Casino a little later in the morning to play the $25 (Canadian $) free slot play that we had received as a promotional item from the hotel.  We played and lost.  We departed the hotel, en route home, soon after our return from the casino.

Our mini getaway was a very relaxing time.  Perhaps we will have an opportunity to return to Niagara Falls before the Winter Festival of Lights ends.

2 Responses to “A Mini Getaway”