Stacey, Harper and June stopped in for a visit in the late morning of February 13th, staying for an hour or so. Bob and I gave Harper and June their Valentine’s Day gift–Lalaloopsy magnetic doll dress up kits. 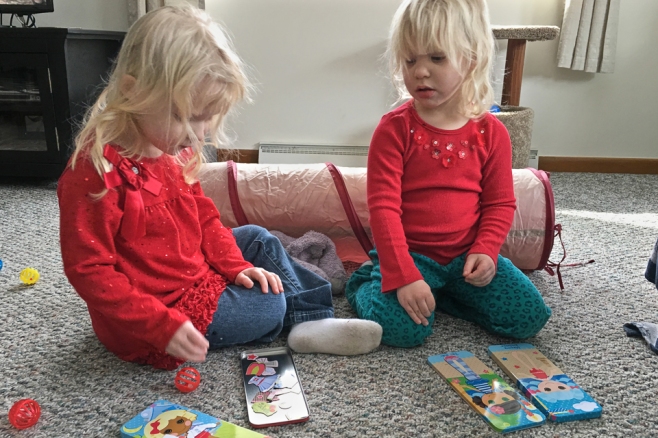 While Stacey and Bob visited with each other, I played with Harper and June. We played with the Lalaloopsy magnetic doll dress up sets; we played a game of Candy Land (Harper won); I read a couple books to them; and each girl had 5 minutes playtime on the iPad.

As Stacey and the girls were leaving, I gave Stacey a dozen cupcakes that I had made for Valentine’s Day. 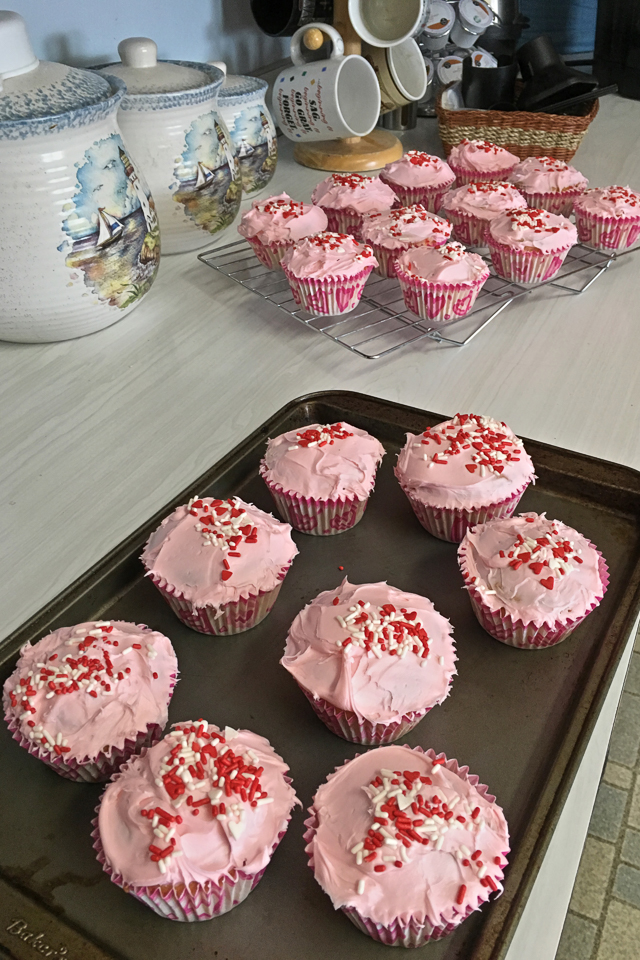 One Response to “Our Valentines”