This past Wednesday afternoon I sent a message to a photography friend asking if she uses, or if she has ever used, a camera bean bag when taking pictures. My friend wrote back that she uses a camera bean bag frequently and that she loves it. As it turned out, my friend’s camera bean bag was the exact bean bag that I had been considering for purchase. I was undecided as to what size bean bag to purchase, as well as whether or not I would use one. My photography friend lives a couple hours’ drive east of my hometown. I asked if she would be coming over this way anytime soon. If so, I could try out her camera bean bag prior to making a decision whether or not to purchase one for myself. Talk about timing! My friend, Bernadette, and her husband Tom would be in Erie on Friday. We quickly made plans to meet up in Erie on Friday afternoon.

Yesterday, soon after Bob came home from work, we left home en route Erie, PA. We met Bernadette and Tom for lunch at Molly Brannigans Irish Pub. For the next hour or so the four of us ate a good lunch and enjoyed getting to know each other. We talked about what work we do (or did), retirement plans (seems to be more on my mind now that I am 60 years old), motorcycling, photography and future opportunities to meet up. The conversation flowed.  I didn’t sense any feeling of nervousness among the four of us on this our first meeting.

After lunch, we drove to Presque Isle State Park and met Bernadette and Tom at Beach 11. Bernadette gave me her camera bean bag before leaving the restaurant. I would try it out along the way to Beach 11. Bob and I stopped at Perry Monument, where I used the bean bag to take a couple pictures of seagulls hanging out at Misery Bay. 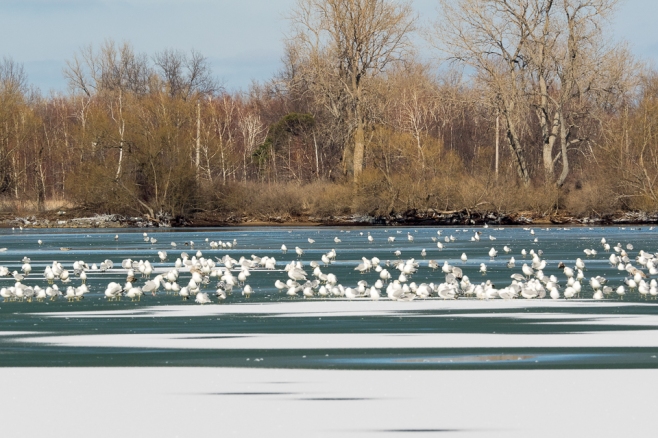 The camera bean bag did allow me to take sharp pictures with a long lens.  However, I am much more comfortable using a tripod to take pictures, even from inside of our car I think.  I don’t know if that fact will change if I purchase a camera bean bag. I did learn that a large-size bean bag would be the one I purchased, if I decide to purchase one.

We arrived at Beach 11 a few minutes before Bernadette and Tom. Bob and I left for our drive back home after a little more conversation, a few pictures and hugs goodbye.

Our friends Bernadette and Tom 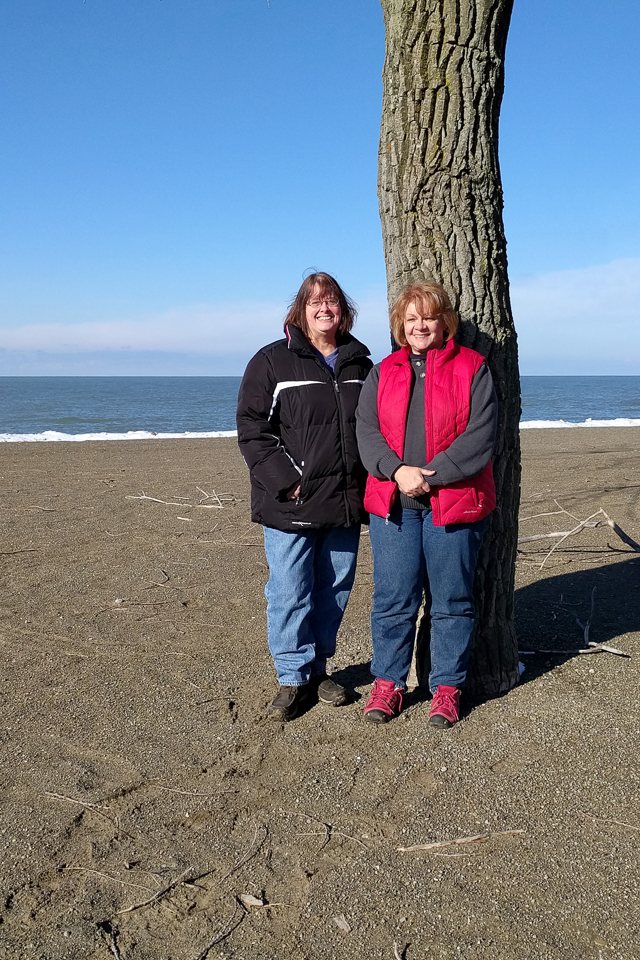 Bob took this picture of Bernadette and me.

It was so nice to meet you and Tom, Bernadette. We are looking forward to the next time we can reconnect.

One Response to “Meeting In Person for the First Time”