On Monday, April 10th, after visiting Niagara Falls (Ontario, Canada), we crossed the Rainbow Bridge into New York at approximately 12:15 pm.  We parked at the Niagara Falls State Park parking lot. We didn’t incur the $10.00 fee for parking, as we purchased an Empire Pass Card earlier in the year.

After lunch, we crossed the pedestrian bridge onto Goat Island. We walked to Terrapin Point (Horseshoe Falls). 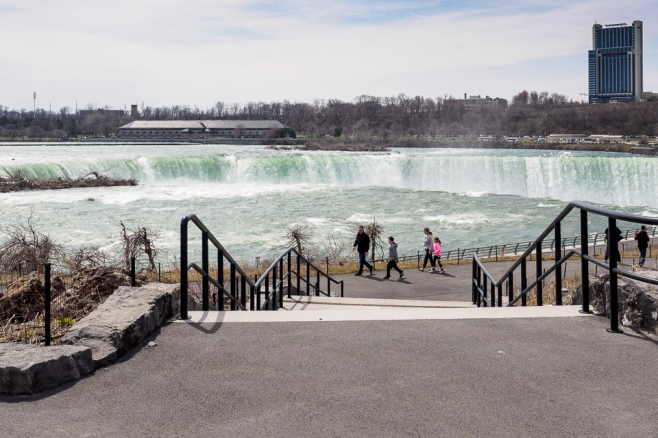 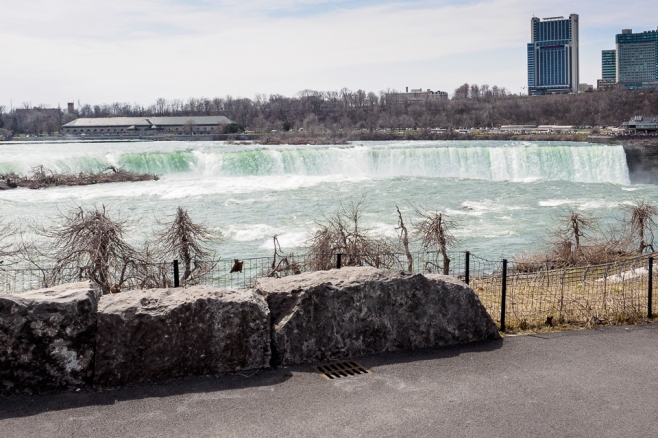 It was a beautiful, but extremely windy, day at Niagara Falls. It wasn’t just mist that pelted us, when the wind kicked up! We made several attempts to get close to Horseshoe Falls at Terrapin Point. We finally made it to the brink of the Falls, without getting too wet.

This bronze statue of Nikola Tesla was a 1976 bicentennial gift to the United States from the people of Yugoslavia.  The statue was moved from the center of the Cave of the Winds plaza on Goat Island to its new location.  I like the statue in its new location!

Iconic view of Luna Island and the American and Bridal Falls from Stedman’s Bluff
(see the rainbow?)

From Stedman’s Bluff we walked down several steps to Luna Island. 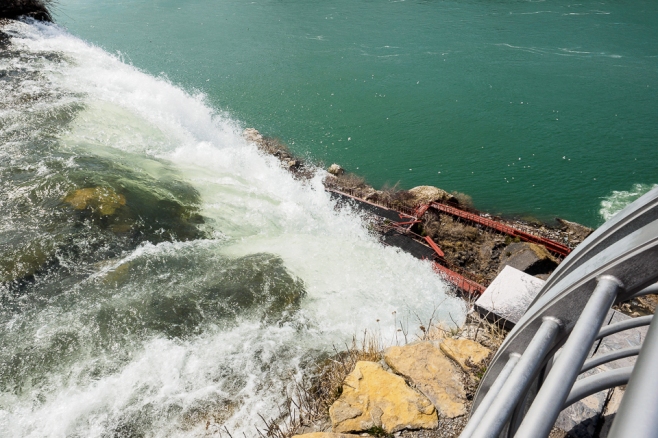 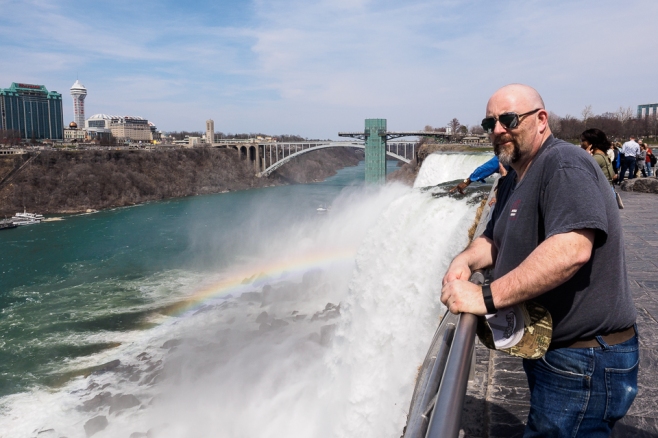 From Luna Island we walked alongside Niagara River, back over the pedestrian bridge, and along Niagara River to Prospect Point (American Falls).

I liked this view of Canada across the Niagara River, while we were walking on Luna Island.

Walking across the Pedestrian Bridge
This young couple has the right idea to get good pictures of the raging waters of Niagara River!

We departed Niagara Falls soon after photographing the American Falls at Prospect Point.  We returned home around 6:45 pm.  What a GREAT day for a day trip!