This weekend is the Presidents Day Weekend Winter Festival in Mayville, NY. The highlight of the festival, at least for Bob and me, is the castle made of ice blocks. The first winter festival held in Mayville was in February 1987.  Bob and I attended this year’s festival on Saturday.  As in past years the festival was held on the grounds of Lakeside Park, located on the shores of Chautauqua Lake.

We parked in a lot off Valley Street ($5.00 donation to park) and walked across NYS Route 394 to the ice castle.  We didn’t stop at the ice castle.  We walked past the gazebo to the park building, located at the opposite end of the park.  During our walk we ran into a friend, Pete F., and his wife, Linda.  We said hi to Pete, who then introduced us to Linda.  The four of us chatted for a short time, before continuing our separate ways. 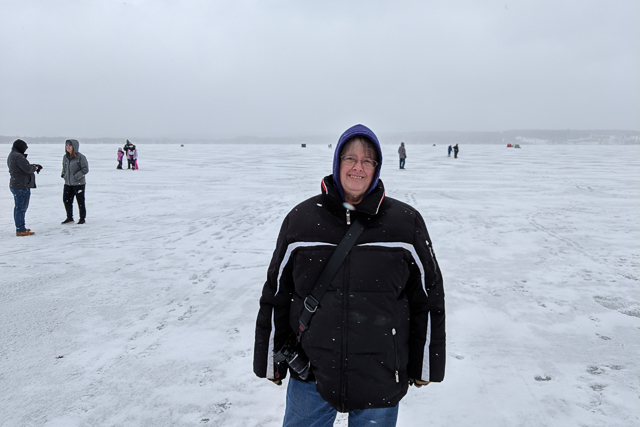 While on the lake, it was announced a few times that anyone on the ice were on it at their own risk. I read in a local newspaper article that the ice on Chautauqua Lake a few weeks ago was approximately 12- to 18-inches thick and had melted down to a mere 6 inches. There was a square cut into the ice that would be the location of the polar bear plunge later in the day.

Linda on ice-covered lake near opening in ice

Everyone was warned to stay 50 feet away from that opening in the ice.

We stopped at each vendor tent on our way back to the ice castle.  There were food tents, a beer and wine tent, a wood carver, at least one game of chance, and a vendor tent. 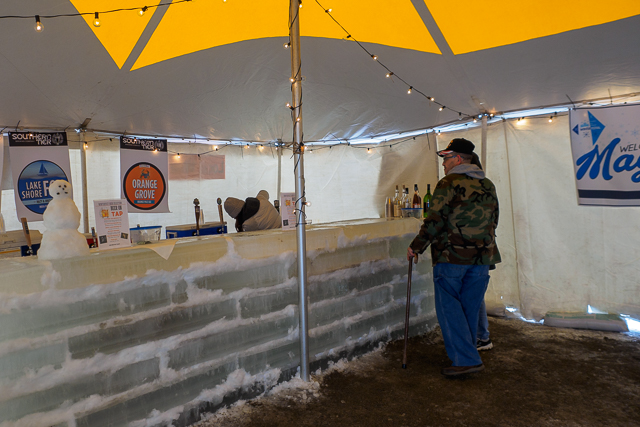 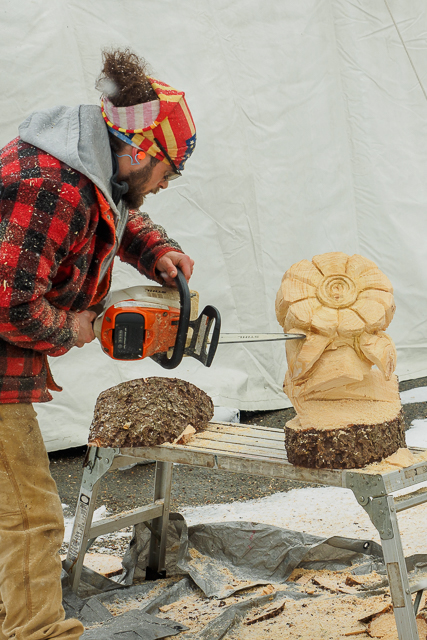 Some of the prizes in Ball in Bowl game

There were horse-drawn carriage rides available too.

It didn’t take long to make our way back to the ice castle. 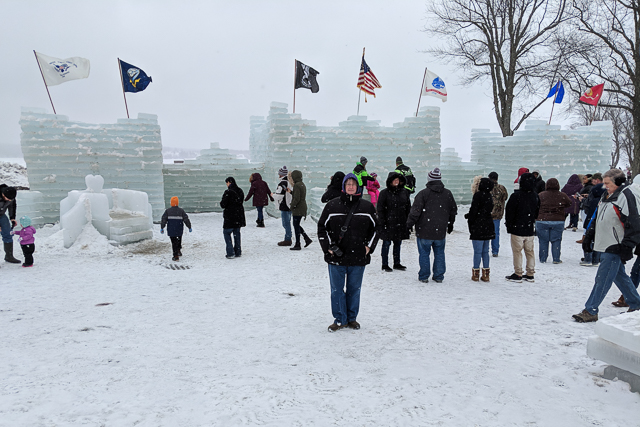 Bob took this picture of me in front of the ice castle.

It was 12:30 pm, when we made it back to the ice castle.  I wanted to stay for the polar bear plunge, but the plunge wouldn’t happen until 2:00 pm.  It was cold.  We weren’t hungry, and there wasn’t anything going on at the festival that would hold our attention for 1 1/2 hours.  So, we left for home soon after returning to the ice castle. I guess we should have timed our arrival closer to the time of the polar bear plunge.  Oh, and fireworks would be set off later in the evening.  We didn’t see the fireworks either.