On Sunday, April 7th, at 7:10 am we departed the Best Western Annapolis and continued our drive to Chincoteague, VA. 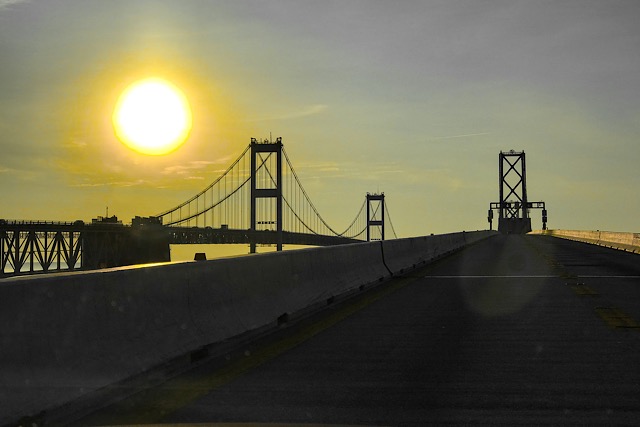 We crossed over the Chesapeake Bay Bridge about 10 minutes later.

Our first stop at 9:00 am was at the Salisbury Zoological Park in Salisbury, MD.  We arrived just as the zoo was opening. 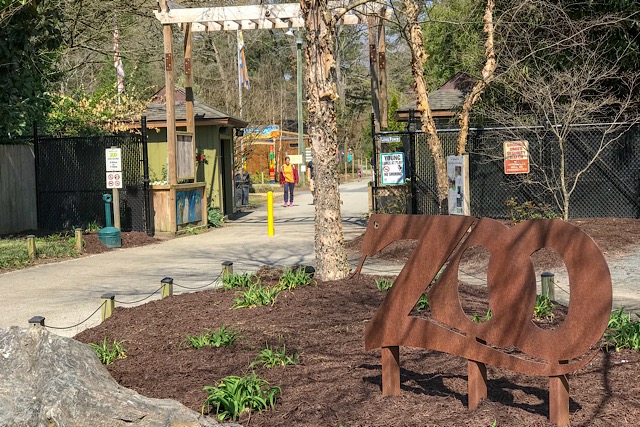 We spent a couple hours walking around this wonderful, free zoo.  I created this slideshow to share with you some of the birds and animals that we saw, while at the zoo.

This was Bob’s first time at the Salisbury Zoo; it was my second visit.  My first visit was more than 30 years ago in August 1982.

Our second stop was for lunch at Subway at the intersection of Routes 13 and175.

After lunch, we crossed Route 13 and took Route 175 to Chincoteague Island, VA.

Our third stop was at the Chincoteague National Wildlife Refuge, located on Assateague Island, VA.

Admission to the Chincoteague National Wildlife Refuge is $20.00, which is good for multiple days.  We didn’t have to pay the admission fee, as I purchased a National Park Service senior pass in February 2018, when I turned 62 years old.

We rode our bicycles on the Woodland Trail.   The Woodland Trail, which takes you through a pine forest, is 1.6 miles round trip, paved and wheelchair accessible.  The trail is open to both walkers and cyclists.  A couple years ago many of the pine trees were damaged by a southern pine beetle infestation. 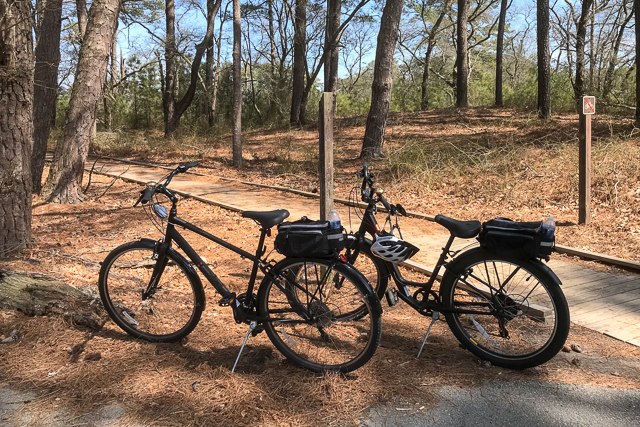 We went for a bicycle ride on the Woodland Trail. This boardwalk leads to an observation platform from which you may see wild ponies. 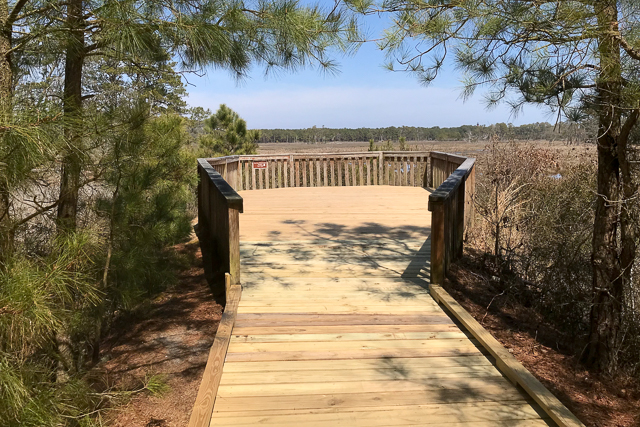 We looked for wild ponies from this observation platform. We didn’t see any ponies. 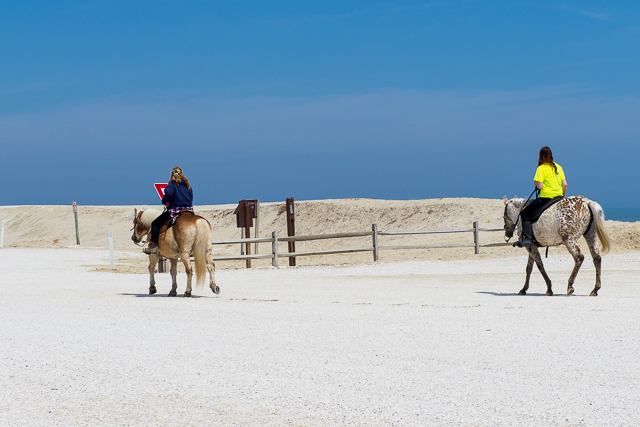 We saw two horses and riders at the beach.

Egrets are popular at the Chincoteague National Wildlife Refuge.

We watched one egret, as it was hunting, standing immobile or wading through wetlands, to when it suddenly took flight. 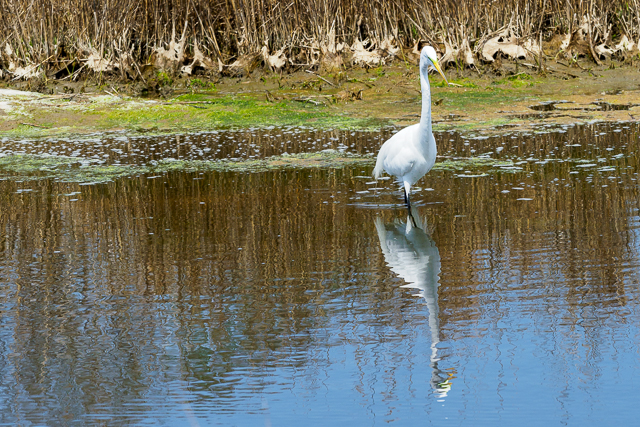 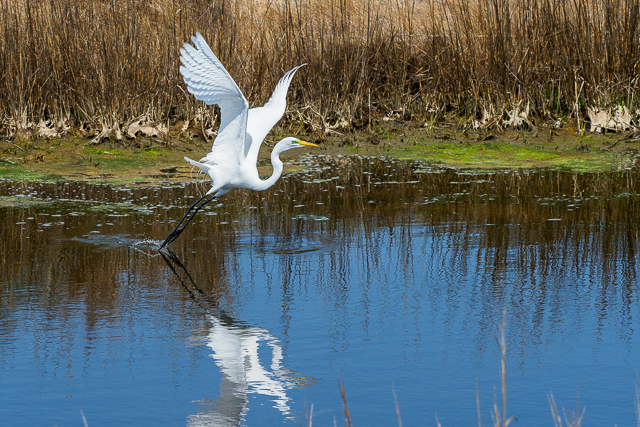 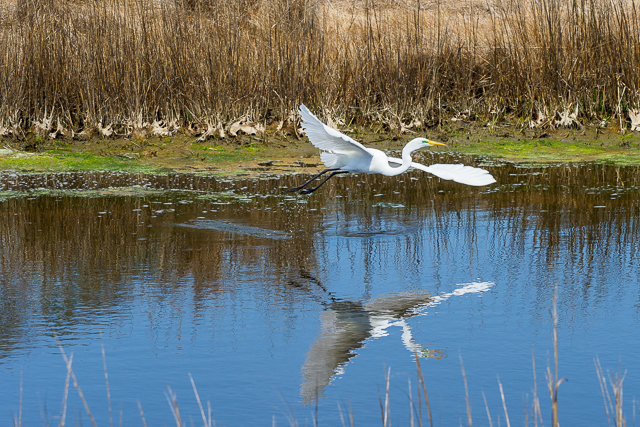 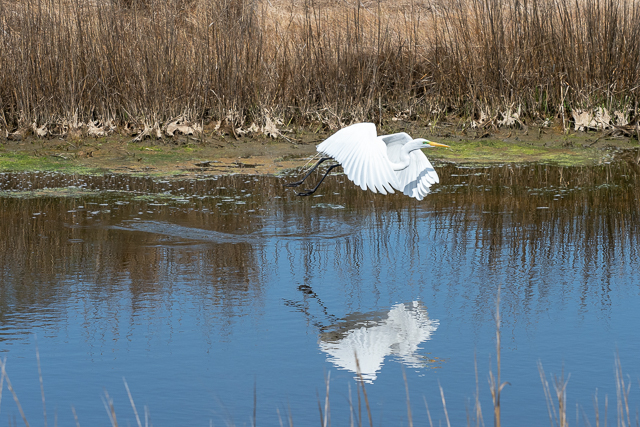 We watched another egret standing in a tree. 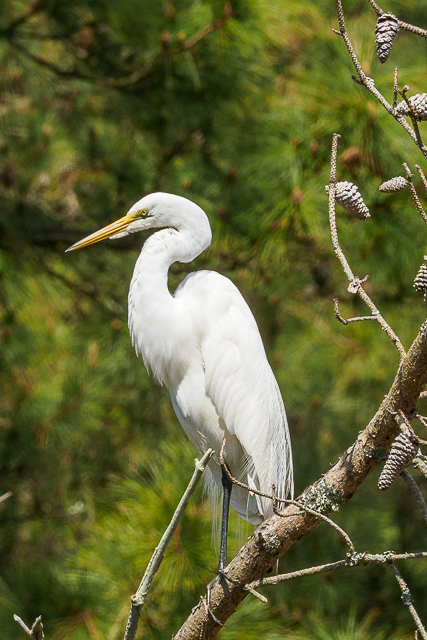 Great Egret in a Tree

We rode our bicycles a total of 4.16 miles on Woodland Trail and to and from the beach.

We arrived at Tranquil Shores, our Airbnb rental, at approximately 3:00 pm–1 hour before check-in time. Tranquil Shores is located on Chincoteague Island, VA.  I telephoned our host shortly before we checked in to see if an early check in was possible (and it was).  Tranquil Shores was our home away from home for 5 nights.  I will publish a separate blog post pertaining to Tranquil Shores in the near future.

An hour later the car was unpacked.  At 4:40 pm we left to pick up some groceries.  We shopped at Food Lion at the intersection of Routes 13 and 175.  We picked up dinner, breakfast foods, snacks and beer.

Tonight’s dinner was rotisserie chicken, macaroni and cheese, coleslaw and, for dessert, cheesecake.  We purchased a sampler cheesecake platter, which lasted us through four dinners.

We watched a couple episodes of NYPD Blue and then went to bed. As a side note, we started watching NYPD Blue on Amazon Prime in early February this year.  NYPD Blue is an American police drama set in New York City, exploring the struggles of the fictional 15th Precinct detective squad in Manhattan.  The series was originally broadcast on the ABC network, debuted on September 21, 1993‚ and aired its final episode on March 1, 2005.  Bob says this was one of his favorite TV shows.  We both saw the series, when it aired.   We may or may not have seen each episode, though.  I certainly do not remember each episode’s story line.  There are 12 seasons, 261 episodes.  We watched Season 9 episodes, while on vacation.

Please check back soon for more blog posts about our Chincoteague vacation.