On Day 3 (April 8th) of our vacation, we drove to the Chincoteague National Wildlife Refuge. The wildlife refuge is located on Assateague Island, VA.  We carried our bicycles via bike carrier, even though the wildlife refuge is only a couple miles from Tranquil Shores, our Airbnb rental.

We rode our bicycles on the Wildlife Loop (3.25 miles), which is open to walkers and bikers all day. Vehicles are permitted to drive the loop from 3:00 PM until dusk. We rode several trails branching off the Wildlife Loop and ended up with 6.86 bicycle miles.  We also got in a few walks, mostly to the ocean.

The Black Duck Trail can be used to connect the Wildlife Loop to the Woodland Trail.  On this day we rode to the Beach Access Road and back (2 miles round trip) on the Black Duck Trail.  The sign indicated that we might see Canada goose, tundra swans, black ducks and other waterfowl; deer; snakes; and songbirds.  We did see a few birds, including a Flicker, but I was not able to grab my camera quick enough to capture any photographs.  The only photograph I took, while on Black Duck Trail, was of the lighthouse.

Assateaugue Lighthouse, as seen along the Black Duck Trail

Swan Cove Trail (0.5 mile one way) is a popular route to the beach. 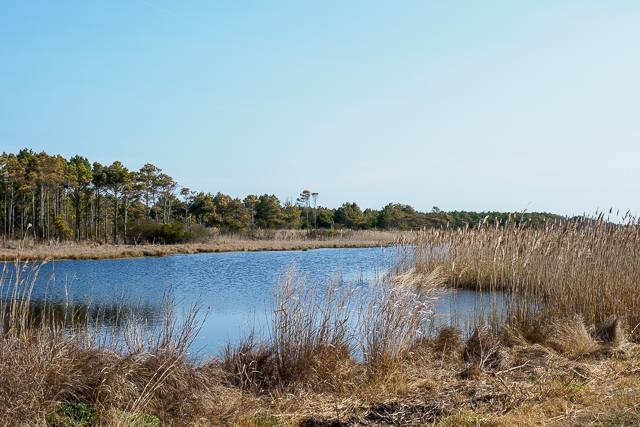 We saw this pool of water, as we were bicycling to the beach on Swan Cove Trail. 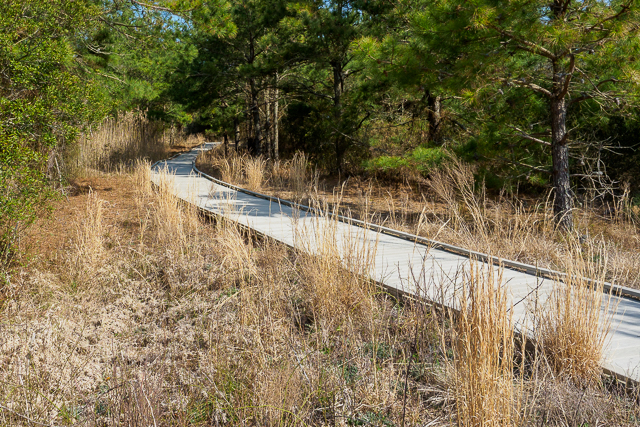 Continuing on the Wildlife Loop, a short distance from the Swan Cove Trail is a boardwalk trail.

The boardwalk trail leads to an overlook of Snow Goose Pool.

This is a Service Road that branches off from the Wildlife Loop.

The Service Road is a gravel foot path, 7.5 miles one-way, with limited bicycle access.  Bicyclists can access the trail for 1.25 miles (one-way) to the D-Dike beach access area.  Cars are not permitted on the Service Road, with the exception of Oversand-Vehicle (OSV) Permit holders.

Public Nudity must be a problem. Otherwise, I wouldn’t think a sign would be necessary. 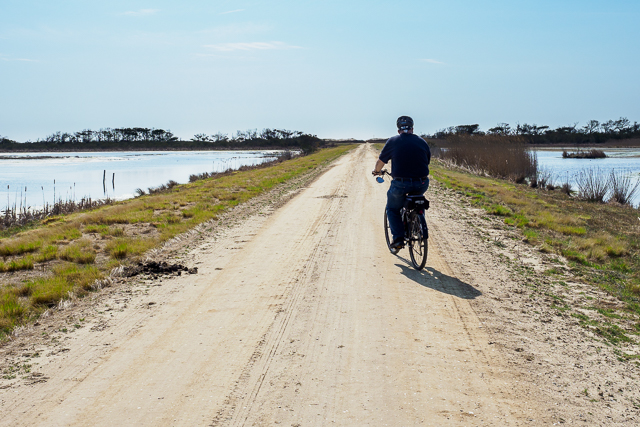 Bob, riding to the beach on the service road 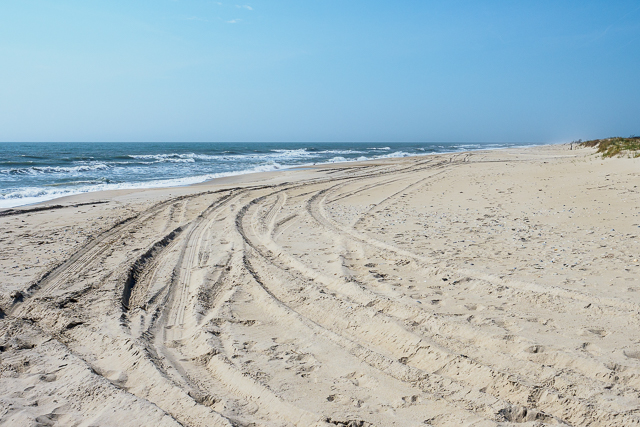