We got a later start than on Saturday, but we went on another bicycle ride on Sunday.

We departed home at 8:40 am en route Lake Wilhelm, located at Maurice K. Goddard State Park near Sandy Lake, PA.  We arrived at the Lake Wilhelm Road trail parking lot at approximately 10:30 am and began our bicycle ride shortly afterward.

The John C. Oliver Multi-Purpose Loop Trail is 12 miles long.  The paved, predominantly off-road trail is a pleasant, largely wooded loop around the northern and southern shores of Lake Wilhelm.  The Lake Wilhelm Road trail parking lot, where we began our ride, is located on the lake’s north side.  This location was a good place to begin our ride around the lake, as the mileage count begins here.  The trail on the lake’s north side contains several sharp bends and short, steep runs that were challenging. Bob referred to the northern portion of the trail as a roller coaster ride. 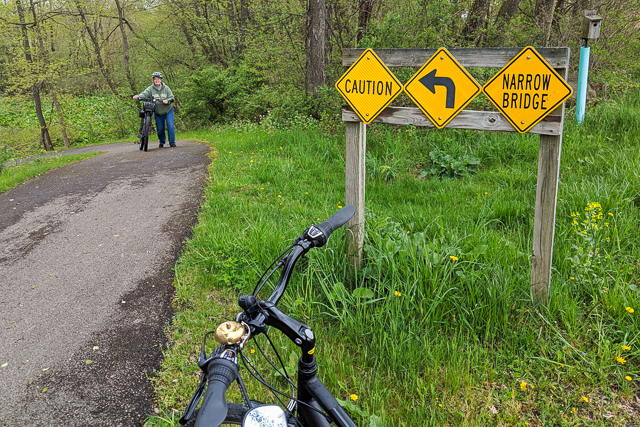 I had to walk my bicycle up some of the hill climbs.

We stopped briefly at this shelter to enjoy the tranquility.
The trail was not heavily traveled the day we rode our bicycles.
In fact we had the trail to ourselves much of the time.

We stopped briefly at the Lake Wilhelm Dam, which is about the halfway point around the lake.

We stopped for a snack and a rest break at Boat Launch No. 1, along the south shore of the lake.  Our snack was whole grain peanut butter sandwich crackers. 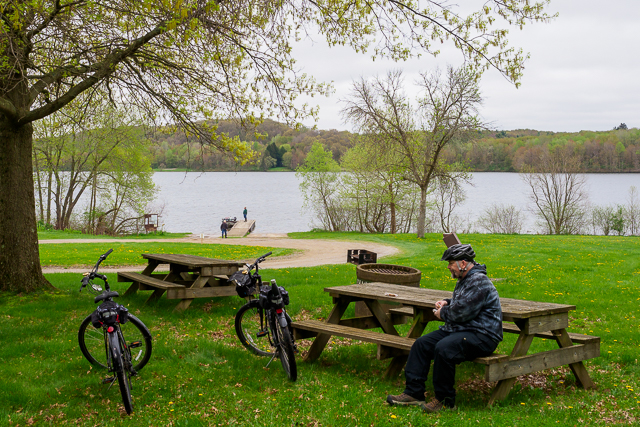 Picnic areas are abundant and restrooms can be found at each of the four boat launches around the lake.

While resting, I took several pictures of a tree swallow that was sitting on a tree branch. 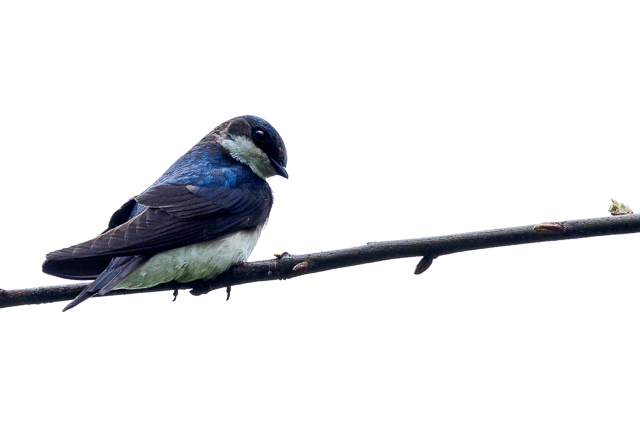 Hello Human. What are you doing down there?

I had just packed up my camera, when wouldn’t you know it, here comes an eagle soaring across the lake. 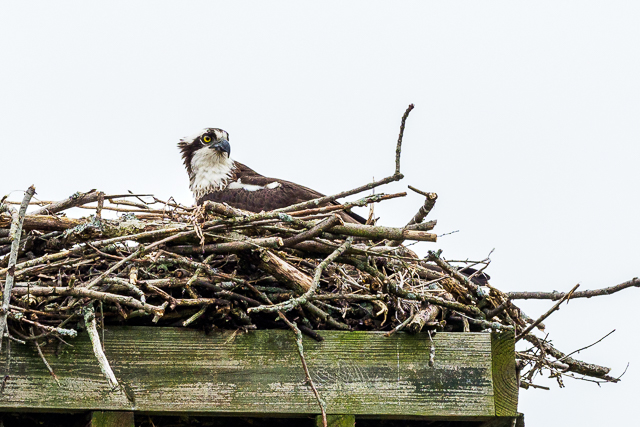 Osprey Looking at Me!

I stopped riding at the marina, shortly before the bridge on Lake Wilhelm Road that crosses over the lake. I just didn’t feel like riding anymore.  Besides I had already ridden 12 miles–the distance around the lake. 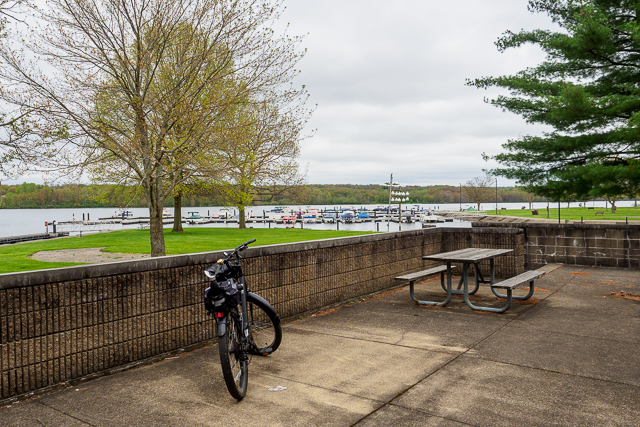 Bob rode from the marina rest of the way to the car, put his bicycle on the carrier and drove over and picked up me and my bicycle.

We were en route home at 1:45 pm.  We made two stops on the way home.  Both stops were in Titusville, PA.  We made a fuel stop at Sheetz and a lunch stop at Burger King.  We returned home around 4:00 pm.

What a great workout we had on our bicycles this weekend.  We rode 12 miles round trip on Saturday on the Allegheny River Trail and another 12 miles on Sunday.  Saturday’s ride (on a predominately flat surface) was much, much easier than Sunday’s ride!

Where will we ride next?  Stay tuned!