Today was a long day of sightseeing.

On our way to Camden, we stopped for a delicious and filling breakfast at The Rockport Diner in Rockport, ME. 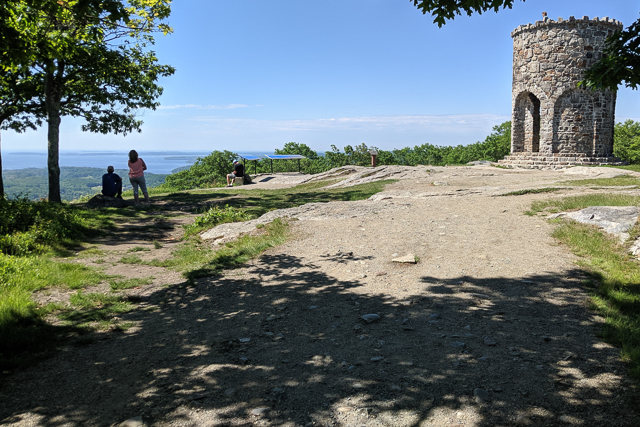 Mount Battie and Its Stone Tower

From this vantage point magnificent views of Camden Harbor, Penobscot Bay and the surrounding countryside can be enjoyed. 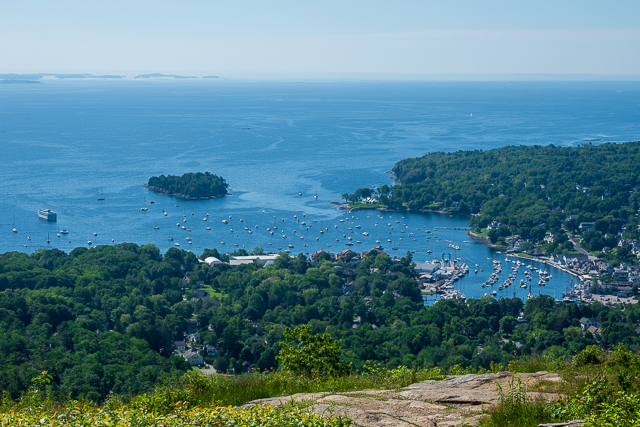 Camden is “where the mountains meet the sea”.

“All I could see from where I stood
Was three long mountains and a wood;
I turned and looked another way,
And saw three islands in a bay.”
~Edna St. Vincent Millay

It is believed that Edna St. Vincent Millay wrote the poem “Renascence”, while enjoying the view from the summit of Mount Battie.

Leaving Camden we drove to Marshall Point Lighthouse, which is located near the fishing village of Port Clyde.

Did you watch the movie “Forest Gump”?  Marshall Point Lighthouse is where Forest Gump concluded his long run. 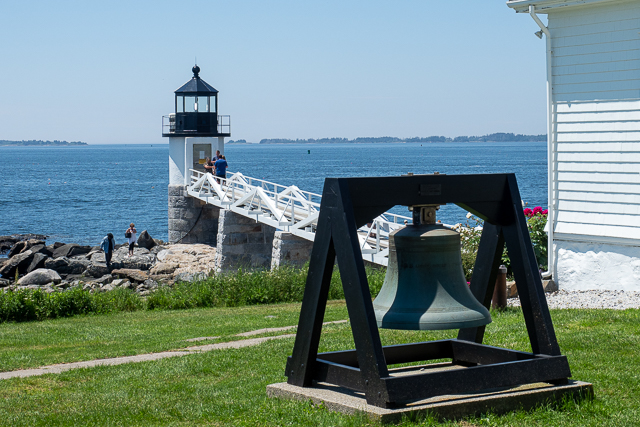 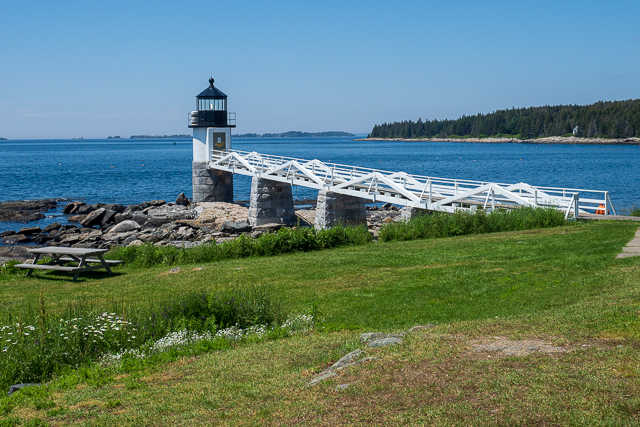 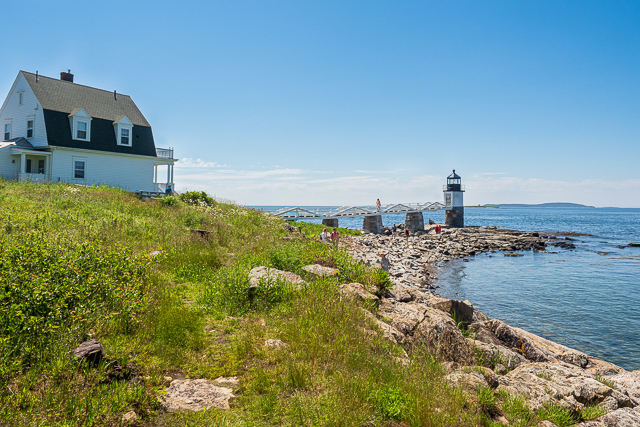 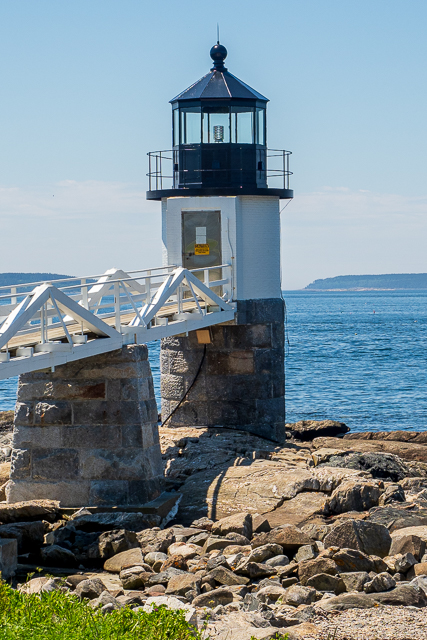 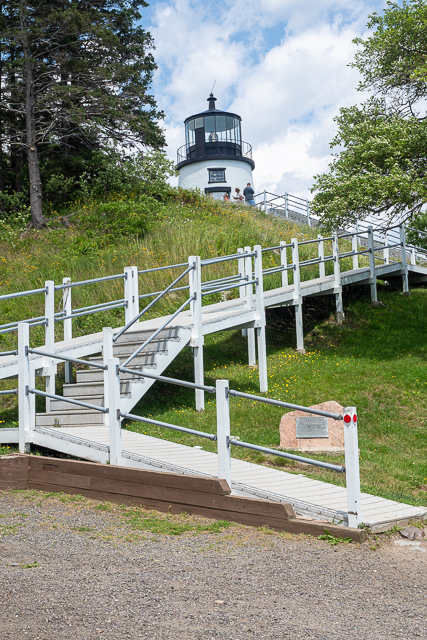 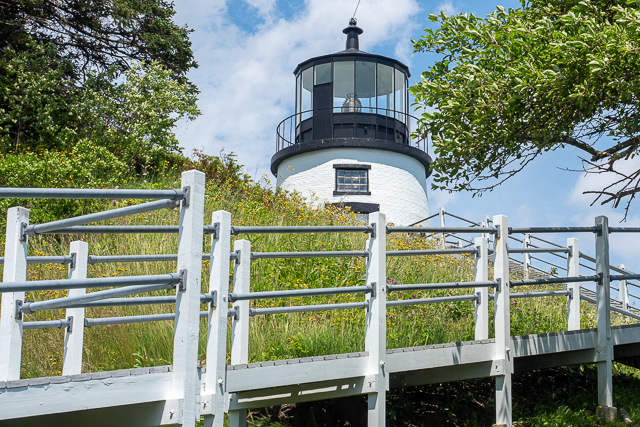 This last photograph was one of my favorites of the day.

We ate lunch at Rockland Cafe, which Bob’s sister had recommended to us.  It was a good recommendation.  Bob had a chef salad.  I had a chicken salad sandwich and clam chowder.  We had dessert too — blueberry crisp with ice cream for Bob and peanut butter pie for me.

After lunch we drove to Rockland Breakwater Lighthouse. 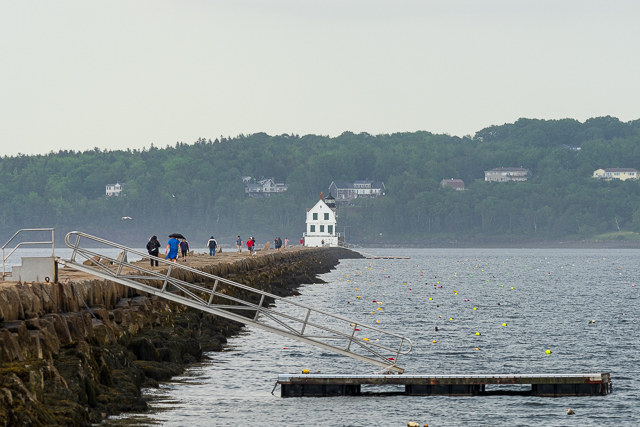 The lighthouse is at the end of a 7/8-mile-long breakwater, so visiting requires a nearly two-mile round trip walk.   Bob walked on the breakwater about 3/4 of the way to the lighthouse.  When thunder and lightning started, Bob turned around.  I didn’t walk on the breakwater.  It had recently rained, and I did not have the confidence to walk the uneven rocks that I suspected were slick.  I entertained myself on the shore, while Bob was walking to the lighthouse, by photographing seagulls and talking to people passing by. 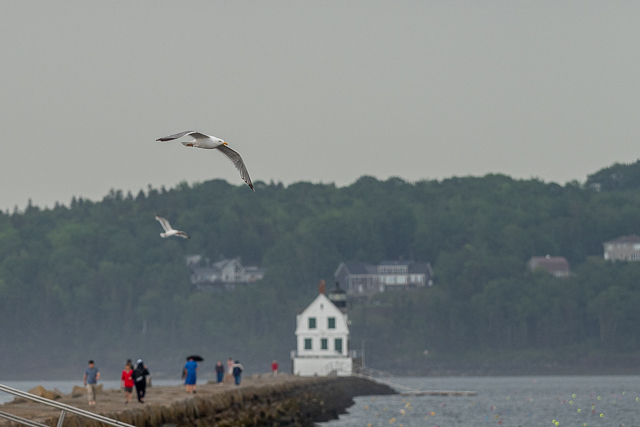 After talking for a few minutes with a man, his wife and son they decided to walk out to the lighthouse (again).  They attempted to reach the lighthouse earlier, but turned around when it started to rain.  I told them to say hello to Bob, if they saw him on his way back.  He would be the man with the bald head.  I have to laugh again because, when I mentioned the bald head, the man patted his own head and said “like mine”.  Within a couple minutes the man and I had concocted a story to go along with the family saying hello to Bob. 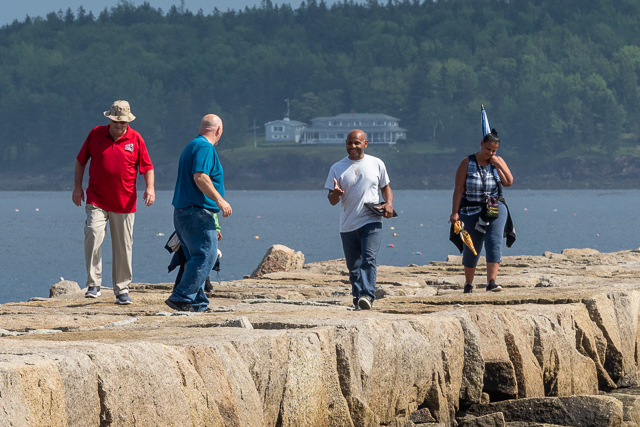 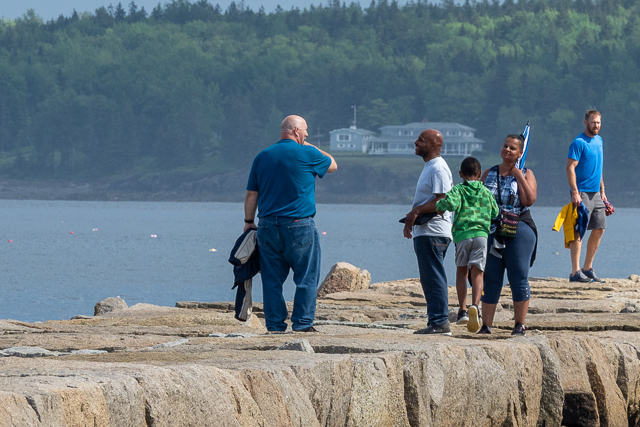 “Do you remember me? We went to high school together at Warren Area High School.”

Does Bob look confused?  He was confused for a few seconds. 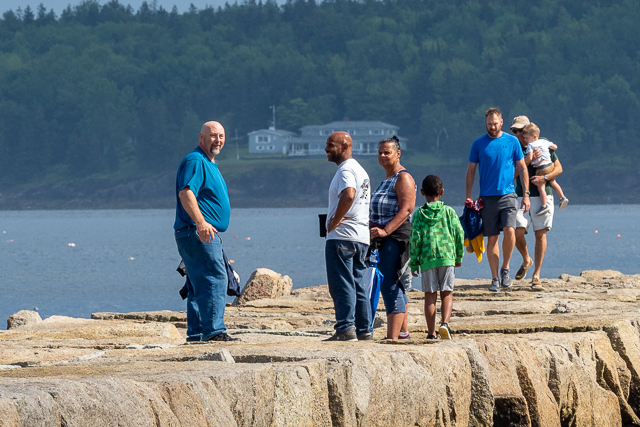 This is the point in time, when the truth was told.

What fun that was! 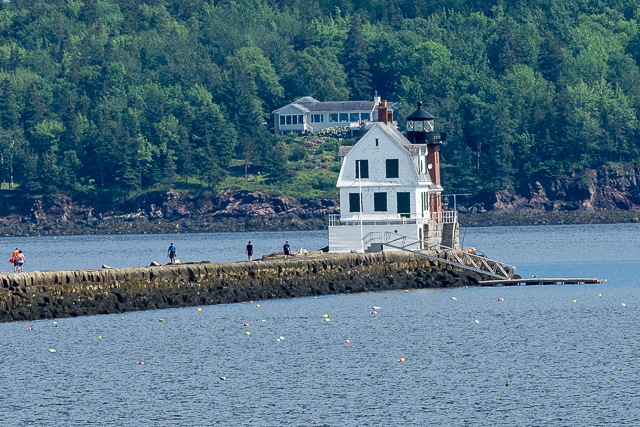 Oh, Look! I didn’t have to walk out the breakwater to get a good picture of the lighthouse. I love my zoom lens!

You can see by looking at the map at the beginning of this post that we didn’t take a direct route back to Pioneer Motel.  We decided to see a bit more of Mid-Coast Maine.  It is a good thing that we had the Garmin GPS with us.   Data was not available on our mobile phones for most of our travels today.