Allegany State Park is located near Salamanca, NY.  The park is divided into two sections: the Red House area and the Quaker Run area. The Red House Area is the northern half of Allegany State Park. Its attractions include Stone Tower, Red House Lake, the Thomas L. Kelly Covered Bridge, and the Tudor-style Administration Building. The Quaker Run area is the southern half of the park. Its attractions include Quaker Lake, Science Lake, an Amphitheater, and Thunder Rocks.

Allegany State Park is a frequent destination for Bob and me, as the park is less than an hour’s drive from our house.

With the exception of one weekend camping trip several years ago, our visits to the park last only a few hours. We visit various attractions, which I photograph.  We sometimes shop at the gift store and eat lunch at the Red House Restaurant, both of which are located in the Administration Building. I would like very much to spend a weekend, once again, at Allegany State Park.

We entered Allegany State Park from Interstate 86 and entered the Red House Area on ASP Route 1.  We gained free entry by showing our New York Empire Pass.  It would have cost us $6.00, if we did not have an Empire Pass. 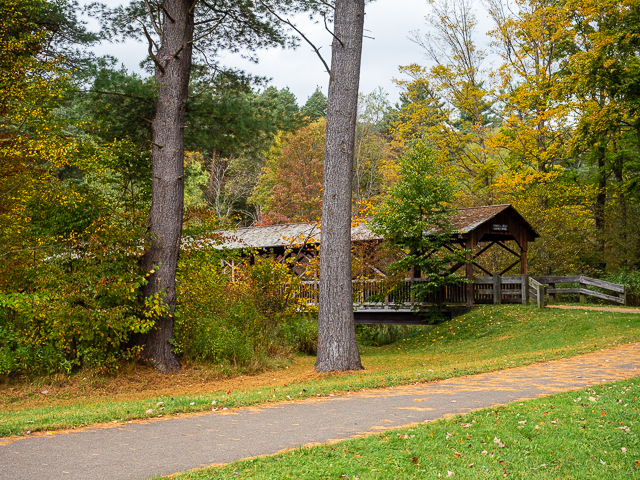 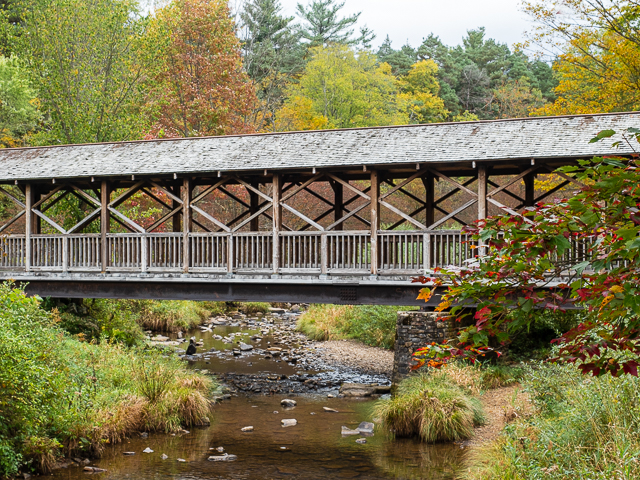 There is a new trail off ASP Route 3 that goes on the other side of Science Lake.  The trail was opened in late Spring or early Summer this year.  We hiked some of the trail, for the first time, during our visit to Allegany State Park.  I learned afterward that there is a kiosk at the front of Science Lake that provides information about “school in the woods” ruins that can be reached by hiking the Science Lake trail.  We didn’t hike far enough, so we didn’t see the ruins  … next time 🙂

The trail was well marked. The blue hiking sign indicates that the trail is easy.

The people who built this trail did an EXCELLENT job!

Science Lake, with fishing platform in the distance

Science Lake Trail.  This is another  instance of a well-built trail.

The trail was a bit rocky in places.  Some rocks were strategically placed, though, to keep one out of the mud! 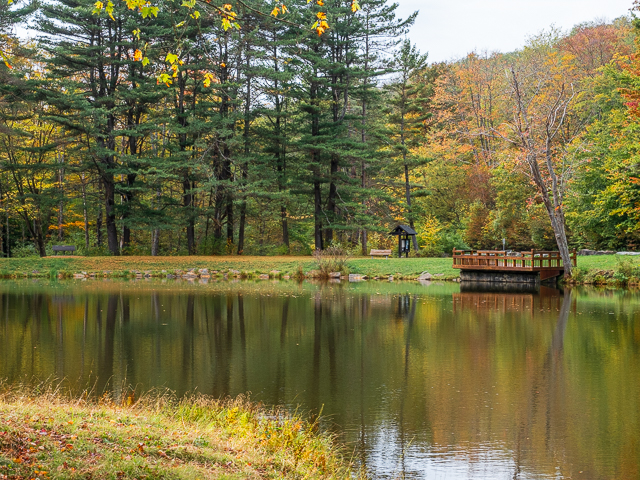 OH!  I see the kiosk that provides information about the “school in the woods” ruins! 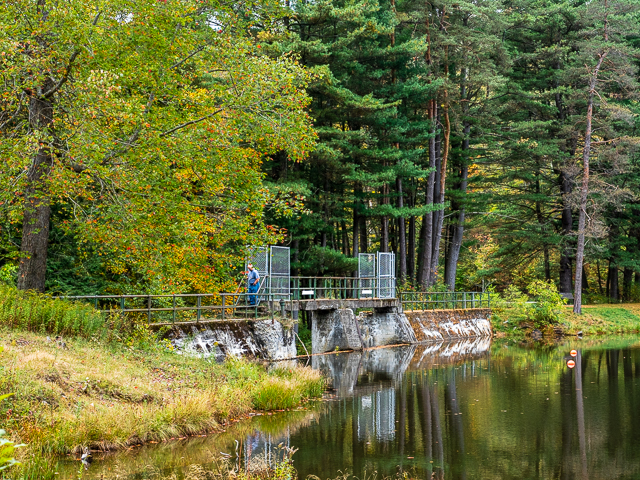 The bridge over Science Dam was fenced off several years ago.

It would be nice, if funds were made available to make repairs to the dam / bridge.  A great loop trail would then be possible around Science Lake.

Bob hiked over to the bridge.  I stayed on the trail.  This is where we ended our hike.  We turned around and returned to the car. 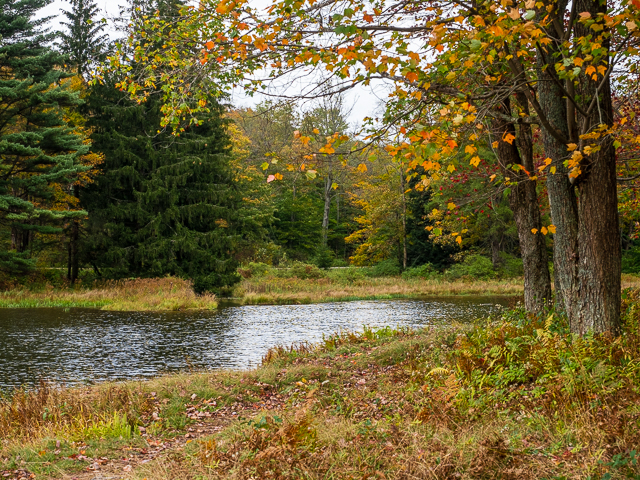 While we were at Letchworth State Park the day before, I remarked often about “so many people” being at the park.  My oft-spoken remark, while at Allegany State Park, was that there were “too many bugs”!  No bugs bothered us, while at Letchworth.  We should have applied bug spray, especially before hiking behind Science Lake.

Leaving Science Lake, we continued on ASP Route 3 past Quaker Lake.  We exited the park onto Interstate 86, just 10 miles south of where we entered the park.