Today (November 27th) is day 7 of our Thanksgiving week vacation. 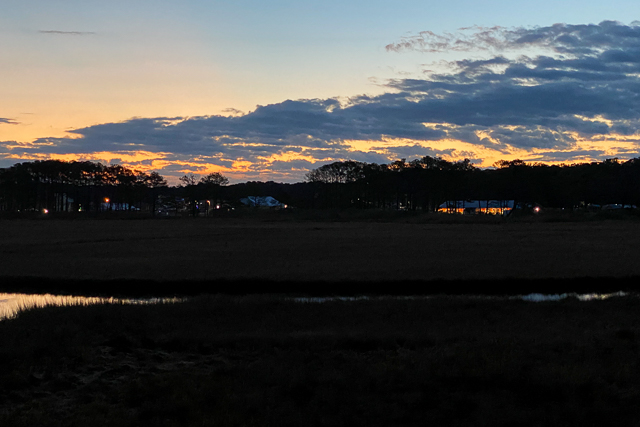 Late this morning we drove to the Chincoteague National Wildlife Refuge on Assateague Island, VA.  We followed the Beach Access Road to Toms Cove, where we turned around.

Our first stop, while on the Beach Access Road, was at the Lighthouse Trail.

The Lighthouse Trail takes you through the woods to the historic Assateague Lighthouse. 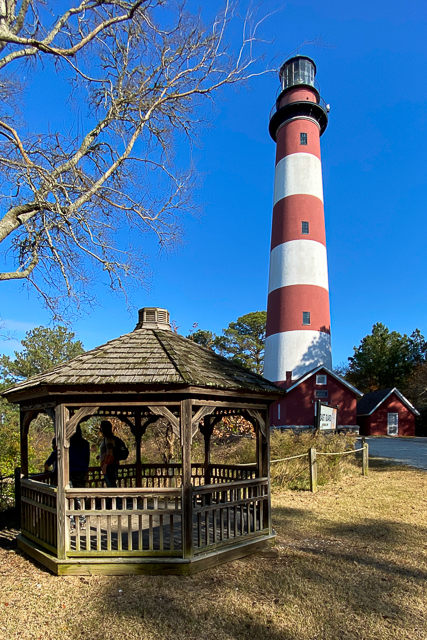 Our second stop was at a marsh area, where we frequently see wild ponies.  We had not seen any ponies here since our arrival on Sunday, November 22.  We saw some wild ponies there today. 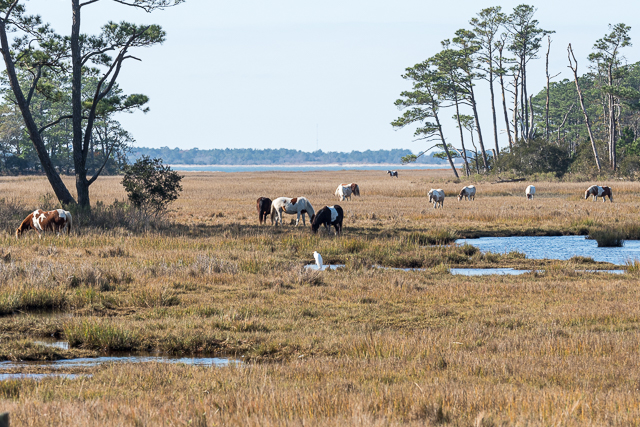 The wild ponies finally made an appearance in the marsh seen from the Beach Access Road.

Our third stop was near Toms Cove.

We were parked alongside Wildlife Loop by 11:40 am, lined up to drive on the Service Road. 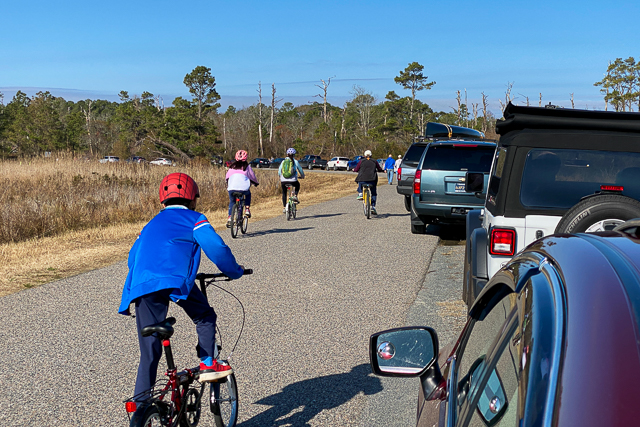 The line waiting for access to the Waterfowl Week Special Drive

The cars began to inch forward at noon.  Yesterday it took us 1 1/2 hours to make the 15-mile round trip.  Today it took about 1 1/4 hours.  Yesterday was overcast; today was sunny.  We saw far less horses and waterfowl today than we did yesterday.  Bob didn’t have a memory card in the GoPro yesterday.  The GoPro was armed today.  This video shows very little wildlife, but it does show the terrain along Special Drive.

I took a couple photographs of the few wild ponies that we saw during our drive.

We ate lunch at Tranquil Shores.  We had leftovers–sweet and sour chicken with rice, cottage cheese, potato salad and applesauce.

I wanted to see the lit Christmas tree at the Robert N Reed Waterfront Park in downtown Chincoteague.  We drove there at dusk. 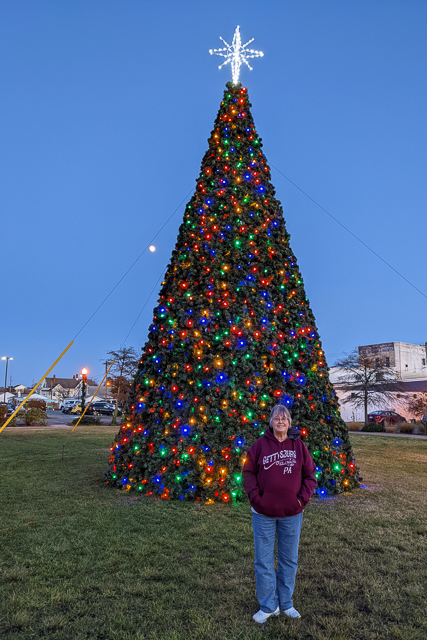 the Christmas Tree and me

Aren’t the Christmas tree and the park, itself, pretty?

By the time we left the park, it was time to eat.  We chose to eat inside the Chincoteague Diner & Restaurant, located on Maddox Boulevard next to the Best Western hotel.   We had a choice to eat outside on their screened porch or inside the restaurant.  It was a bit chilly to eat outside; the restaurant was not full of people; the tables were socially distanced; we smelled Clorox as soon as we opened the door; and the wait staff wore face masks. All of those factors went into our decision to eat inside the restaurant.  This was the only restaurant at which we ate indoors, while on vacation.  Bob ordered a Chef Salad.  I ordered a toasted ham and cheese sandwich with French fries.  The service was good, and our dinners were tasty.

From the restaurant we drove to Island Creamery, where the best homemade ice cream is served.  We ordered our ice cream inside and carried it out to the car to eat.  Yum!

We returned to Tranquil Shores, after our ice cream stop.

It is our last night here.  We have had such a relaxing vacation.  I wish we didn’t have to go home, but at the same time I am ready to go home.