Our Outer Banks vacation got an earlier start than expected, as Bob took off work on Friday, September 14th.  Our original plan was to leave around noon that day, when Bob would have gotten off work.  With Bob taking the day off work, we were on the road by 8:10 am.   Our mode of transportation was the Nissan Xterra.  We discussed taking both the Nissan and the motorcycle; however, I didn’t feel that my arthritic knee would feel too good after all that driving.   As it turned out, my knee didn’t feel that great from all the sitting that I did going to and coming home from the Outer Banks!

Having a few more hours travel time, we decided to take U.S. Route 219 (Pennsylvania) through DuBois and Johnstown.  We hopped onto U.S. Route 30 (Lincoln Highway) in Johnstown and followed it through Bedford to Breezewood.  We made two stops along Route 30.

Our first stop was at the Flight 93 National Memorial (Shanksville, PA). 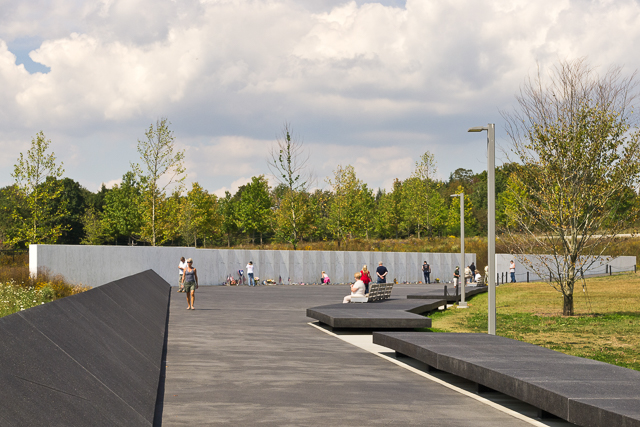 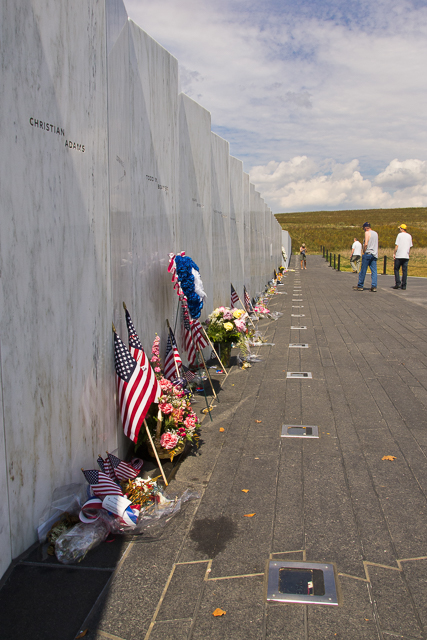 Looking Down the Wall of Names 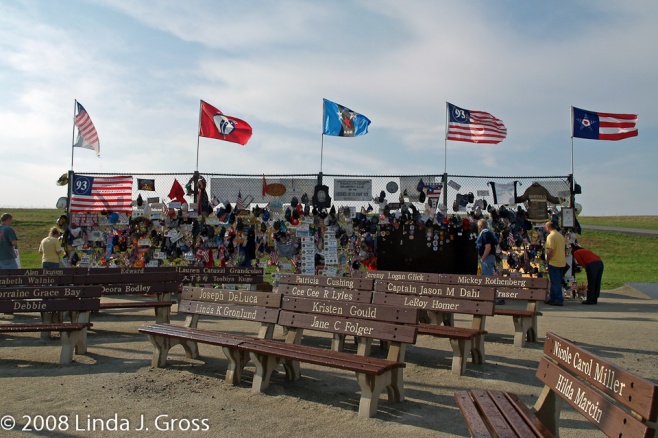 The temporary memorial included a 40-foot (to commemorate the 40 passengers and crew) chain-link fence on which visitors left flowers, flags, hats, rosaries, and other items. 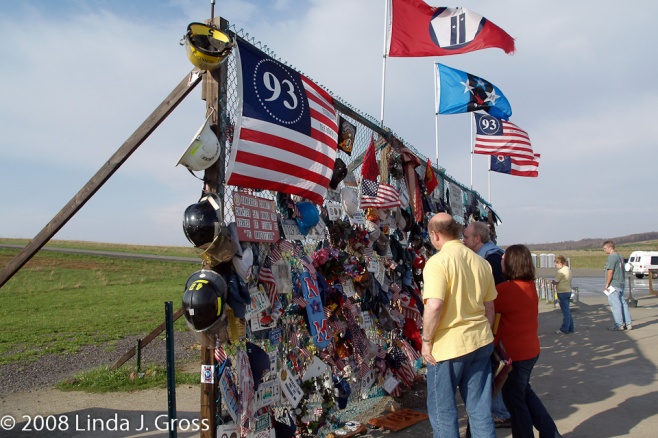 The Wall of Names now stands where this temporary chain-link fence stood.

Our second stop was at Lookout Point on Mount Ararat, near Schellsburg, Pennsylvania, approximately 16 miles west of Bedford. 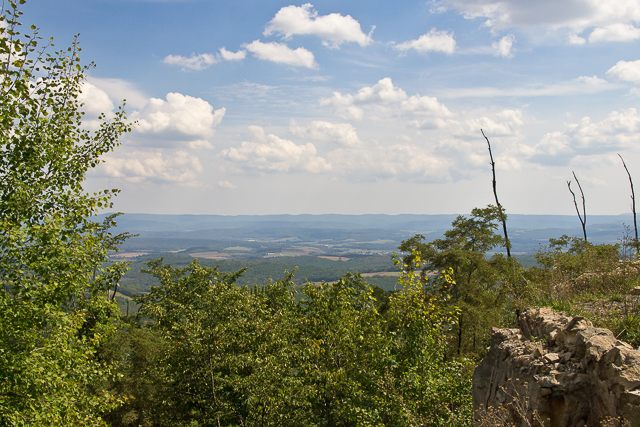 Mount Ararat was the site of the former S.S. Grandview Ship Hotel that burned to the ground on the morning of October 26, 2001.  The Ship Hotel was a famous Lincoln Highway landmark known not just for being a ship located at the top of a mountain, but also because you were able to see seven counties and three states from its vantage point.  I found this tribute to the Ship Hotel on the Internet.  There are four tribute pages.  Be sure to click on the link found at the bottom of each page, which will take you to the next page of the tribute.

It normally takes us approximately 3 1/2 hours to drive to Bedford from our home in Warren, Pennsylvania, when traveling our regular route.  Taking the route that we did, it took us about 6 hours to reach Bedford.  The mileage difference isn’t great:  173 miles to Bedford traveling our regular route versus 196 miles to Bedford traveling our alternate route.  The alternate route provided us a pleasant, unhurried and relaxing drive.  In addition we had the opportunity to visit the Flight 93 Memorial and stop at Lookout Point.  Had we departed home, as originally planned — after 12:00 PM when Bob would have gotten off work — we  would not have even been as far in the trip as we were!

From Bedford we continued on U.S. Route 30 to Breezewood, where we picked up Interstate 70.  Soon after entering Maryland we exited onto U.S. Route 522 to Berkeley Springs, West Virginia.  Traffic was heavy through this spa town, so it was slow going for a while.

From Berkeley Springs we continued on U.S. Route 522 to Winchester, Virginia, where we picked up State Route 37 North to Interstate 81 to U.S. Route 17 South.

We spent the night at the Best Western Fredericksburg in Fredericksburg, Virginia.  We arrived at the hotel a little after 6:00 PM.  After a hearty dinner at Shoney’s Restaurant, which was located on the hotel grounds, we spent rest of the evening relaxing in our hotel room.  This hotel is very nice, and we would stay here again.  However, I would request a room not in “pet alley”.  The Best Western Fredericksburg allows pets.  We did enjoy a quiet night’s rest; however, we were awakened the next morning around 5:30 AM  by barking dog(s).  We wanted an early start anyway, so it didn’t matter.  We got showered, dressed and packed.  Then we ate breakfast  at the hotel.  There were many breakfast selections to choose from.  We got our fill on egg and cheese omelets, bacon, French toast, tea, coffee and orange juice.

We checked out of the hotel after breakfast and were on the road by 8:00 AM.   We arrived at our beach house, A Whale’s Head Inn, in Nags Head, North Carolina, around 3:15 PM.  We would have arrived sooner; however, we lost at least 1-1/2 hour getting through the Monitor-Merrimac Memorial Bridge-Tunnel (Interstate 664 in Virginia).  Because of construction at the Hampton Roads Bridge-Tunnel (Interstate 64) all that traffic was diverted to the Monitor-Merrimac Memorial Bridge-Tunnel.