Warren held its 7th annual Ribfest this past weekend. The Ribfest is a four-day event. Bob and I attended Ribfest each day, beginning on Thursday afternoon (July 15). We listened to Paul Eisert in concert on Thursday afternoon. On Friday we listened to two Rock-n-Roll concerts. The first concert was the band “Jack the Dog”. The second concert was the band “The Earthquakers”. This blog post will showcase the band “Jack the Dog”. My next Ribfest blog post will showcase the band “The Earthquakers”. 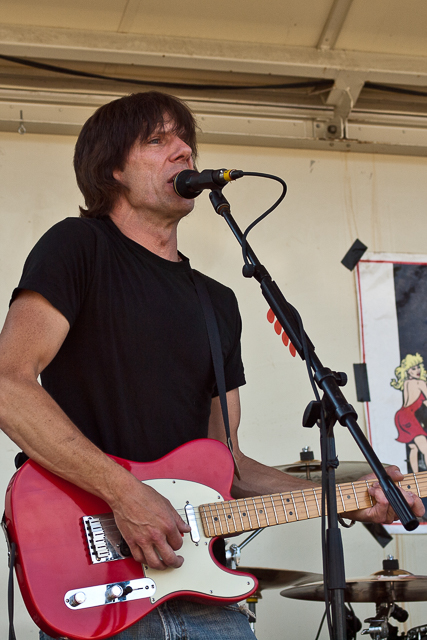 While listening to “Jack the Dog” we enjoyed a dinner platter of chicken and 1/3 slab rib with coleslaw, corn bread and baked beans from the Two Fat Guys ribber. We split the platter, which made the $15 cost more reasonable.