Bob and I went for a bicycle ride late this afternoon / early evening.  We rode to Pioneer Arboretum, located at the north end of the Warren-North Warren Bike/Hike Trail.

Aren’t the blossoms on these trees beautiful?

There are many beautiful trees in the arboretum; however, many of the trees were in the shade and would not photograph well. 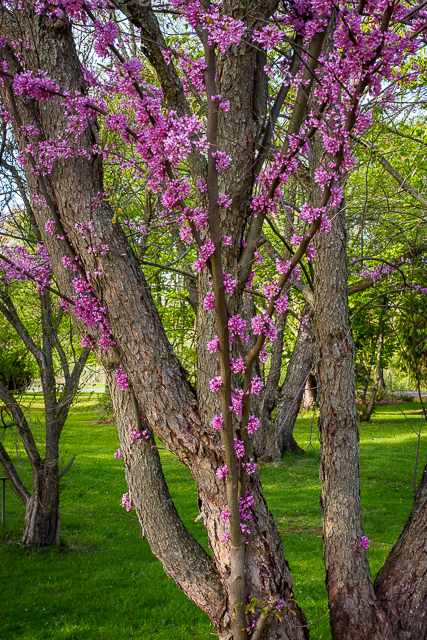 I LOVED how the blossoms were climbing up the branches of this tree!

On the morning of July 25th I met our friend, Mandy, and her 17-month-old son at Pioneer Arboretum for a mommy and me photo session.  The arboretum is located at the northern end of the Warren-North Warren Bike/Hike Trail in Warren PA.

I had a lot of fun photographing Mandy and her young son.

I had to drop off the payment for our water/sewer bill this morning.  Not too far from the location of the municipal building is a park known as Pioneer Arboretum.  I have wandered in the midst of this park only three times, today being the third time.  I should wander in the park more often.  It is a pretty park.

The Warren-North Warren Bike/Hike trail passes alongside the Pioneer Arboretum.
This train stands as a reminder that the trail was once a rail corridor. 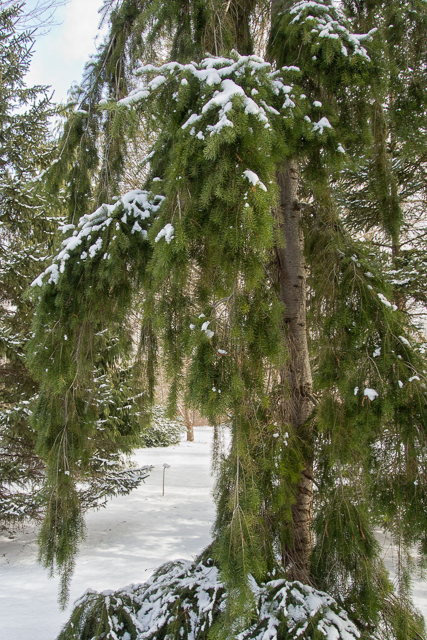 Located almost in my back yard is a gem of a park known as Pioneer Arboretum. The arboretum is located at the northern end of the Warren-North Warren Bike/Hike Trail that I wrote about earlier. The arboretum contains a gazebo, a few birdhouses, many flowering bushes and several tree species each identified by name. I have lived in Warren since June 1998. I have passed by the arboretum many, many times. Never once had I stopped to wander in its midst. This past Monday evening my husband, Bob, and I went for a walk in the arboretum. 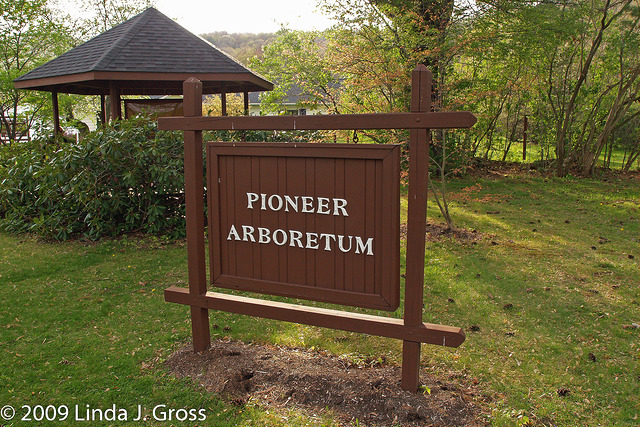 I had to laugh out loud when I saw this well. My friend, Tara, asked me a while ago if I knew of a nearby water well that she could photograph for a CD album cover. My response was no. Well, look here … a water well right in my back yard! Tara has since released her CD, “Have Some Love & Hope & Let it Show”. A water well does not adorn the CD cover. Tara, if a water well will fit in the theme of your next CD, I know where to find one now!

What a cool-looking birdhouse!

The Warren-North Warren Bike/Hike trail passes alongside the Pioneer Arboretum. This train stands as a reminder that the trail was once a rail corridor.

The northern end of the Warren-North Warren Bike/Hike trail passes alongside the Pioneer Arboretum.