Bob and I went to Erie, PA yesterday.  Prior to reaching Erie, we stopped briefly in Waterford, PA.

The purpose of our brief stop was for me to take a couple photographs of the George Washington statue. 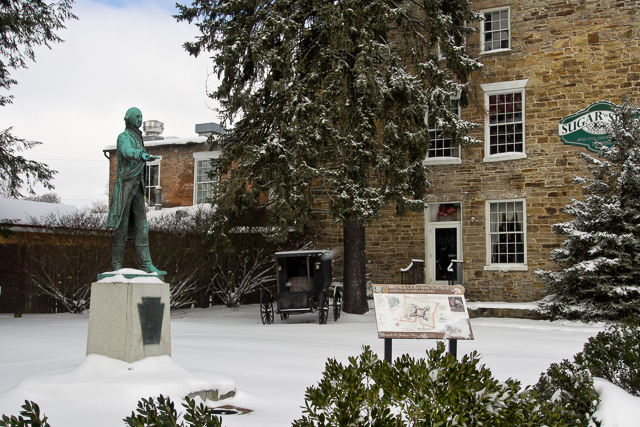