It has been two weeks since I last blogged about our North Carolina vacation, which happened in May.  You might recall that we planned to spend 3 nights (May 12-15) in Asheville and leave for Maggie Valley on the morning of Thursday, May 15th.  We changed our minds about staying 3 nights in Asheville. The weather forecast for Wednesday night and throughout the day Thursday called for rain and thunderstorms. The chance for precipitation was 100%. To avoid riding / driving in the rain we decided to depart Asheville Wednesday afternoon, rather than on Thursday morning, and arrive in Maggie Valley a day early.  I am so glad that we decided to arrive in Maggie Valley on Wednesday afternoon, rather than on Thursday morning. Bob would have gotten wet, and it would have been a chilly ride.  I want to remind you, too, what brought us to Maggie Valley.  We traveled to Maggie Valley to attend the South East Vulcan Riders and Owners Club (SEVROC) motorcycle rally.

We began the fifth day (May 15) of our 9-day vacation in North Carolina at Country Vittles, where we ate breakfast with 10 other VROCers.  Bob ordered a three-egg omelet with toast and potatoes. I ordered two scrambled eggs, toast, bacon and potatoes. Breakfast was good, and the conversation lively.

According to the National Park Service website, “Cataloochee Valley is nestled among some of the most rugged mountains in the southeastern United States. Surrounded by 6000-foot peaks, this isolated valley was one of the largest and most prosperous settlements in what is now the Great Smoky Mountains National Park. Some 1,200 people lived in this lovely mountain valley in 1910. Most made their living by farming, including commercial apple growing, but an early tourism industry developed in Cataloochee with some families boarding fishermen and other tourists who wished to vacation in the mountains.”  The drive to Cataloochee Valley was a bit hair raising, especially the entrance road.  The entrance road to the valley is a winding, gravel road with steep drop offs and no guard rails. We lucked out, as it did not rain while we were on our Cataloochee Valley trip.

Our first stop was at the Cataloochee Overlook.  This overlook provides beautiful vistas over the Big Cataloochee and Little Cataloochee Valleys and to the mountains beyond.

Once we reached the valley floor, we drove to several historic frame buildings.

Palmer Chapel was the only church in Big Cataloochee.  This church was built in 1898.  Church services were held once a month, on Sunday.  Services consisted of prayers, singing and sermons.  The sermons were delivered by circuit riding ministers from the Western North Carolina Conference of the Methodist Episcopal Church. 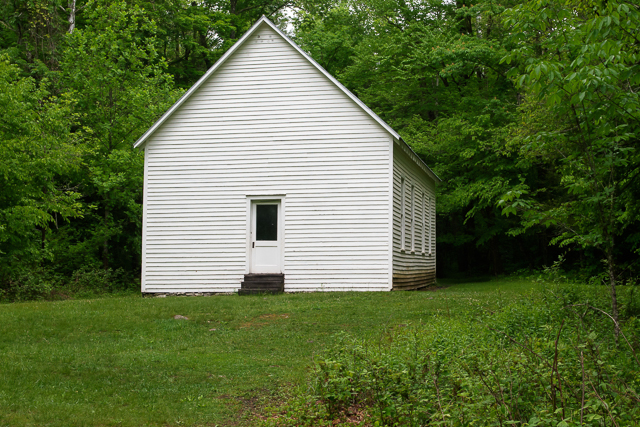 There were three schools in the Cataloochee Valley.  Big Cataloochee’s Beech Grove School is the only one of the three that remains.  It was built in 1901 and replaced an older log building. 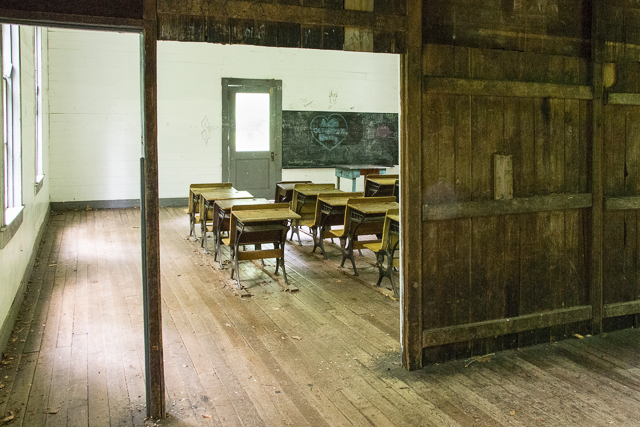 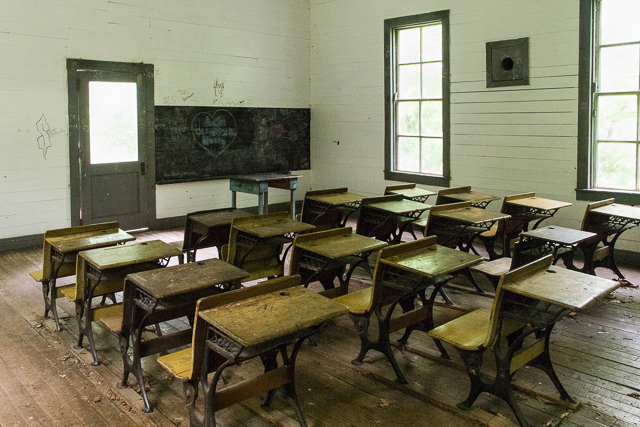 Caldwell House
(This photo was taken by Bob.)

Hiram Caldwell and his family lived in this stylish frame house.  The Caldwell House was completed in 1906.  The shingled gables reflected the popular Eastlake house style of the day.

We had to cross a creek to go to the Caldwell House.
(Bob took this picture.)

We walked on a wooden boardwalk across the swampy ground.

There were stone steps that led to the front porch.

The Caldwell House had interior paneling. 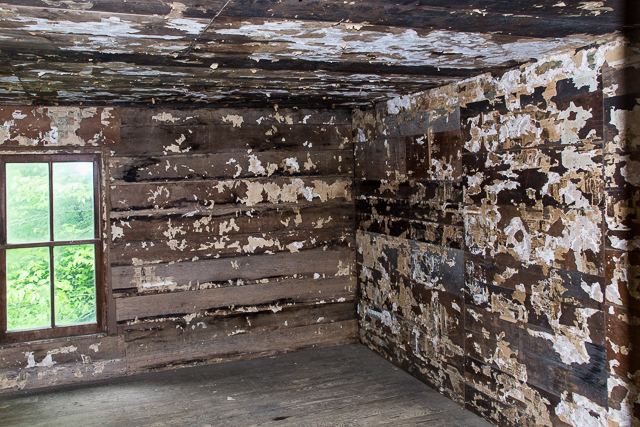 This was one of the large upstairs rooms.

We saw some wildlife, namely one turkey and elk, while in Cataloochee Valley.

We saw 4 or 5 elk; however, I was able to photograph only one.

One last photograph of Cataloochee Valley

We returned to our hotel in the early afternoon. We spent 2-3 hours hanging out with VROC friends. Around 5:00 pm Bob and I drove to Waynesville. We picked up a few groceries at Food Lion and ate dinner at the Sagebrush Steakhouse. The restaurant was a good choice. Bob said the steak he ordered (ribeye) was the best he had in a while. My sirloin steak was very good as well. Accompanying Bob’s steak was a salad and broccoli. I had a loaded baked potato and cinnamon apples with my steak. Cheddar cheese biscuits, reminiscent of those served at Red Lobster, were provided as part of our meals.

A must-have feature at every VROC motorcycle rally that we have attended is a campfire.

Hanging out at A Holiday Motel

It was a chilly, wet night around the campfire. The weather, however, didn’t stop us from spending an enjoyable evening with friends.