We arrived at Maker’s Mark Distillery in time for the 12:30PM distillery tour. Our tour began in the visitor’s center. Our tour guide, Aggie, told us briefly the Samuels family story, concentrating on the recent generations of Bill Samuels Sr., who created Maker’s Mark. 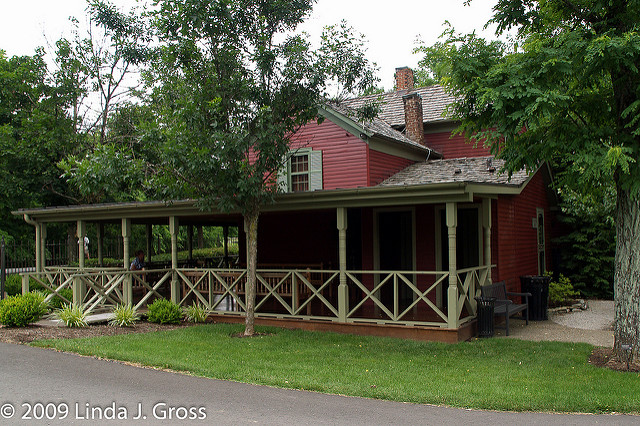 Aggie then led us outside, alongside a stonewalled creek that runs throughout the peaceful, landscaped grounds, to one of the buildings where we heard a brief history of the distillery.

Aggie talking about history of the distillery 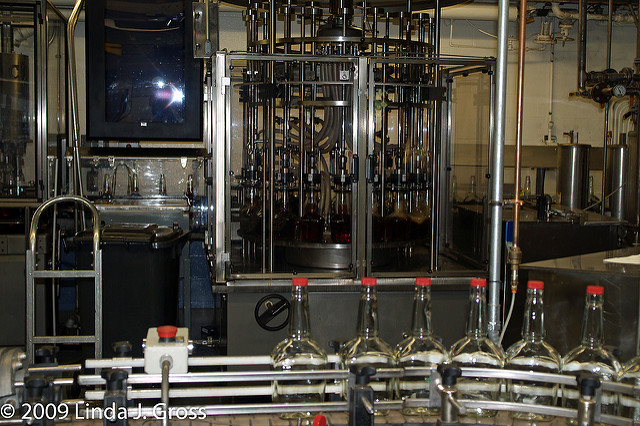 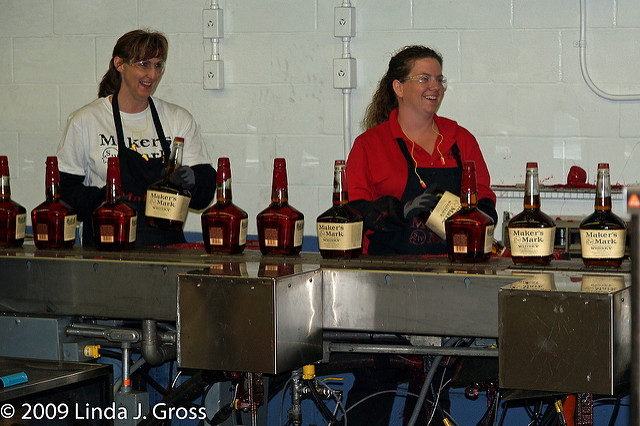 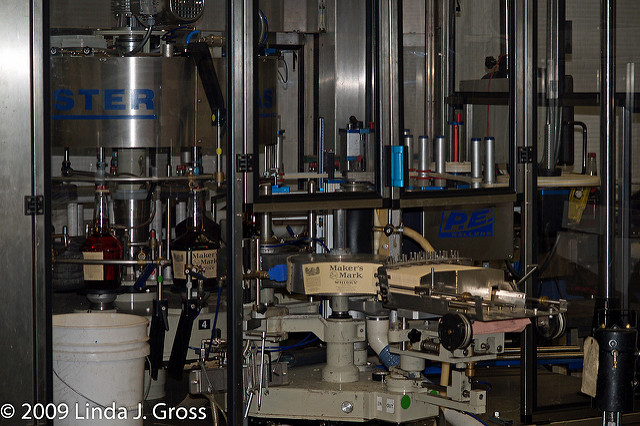 From the bottling house we went to one of the rick houses where the whisky is stored in charred oak barrels for aging. Barrels reach maturity only after completing a rotation system in which the newest barrels are placed on the warehouse’s hot upper floors and are rotated to the cooler lower levels after about three years.

Our last stop was at the gift shop, where we could sample a little of the product. We sampled both one-day old and aged bourbon. The one-day old bourbon burned my throat; the aged bourbon went down smoothly.

We purchased a souvenir 375 ml bottle of Maker’s Mark;
Bob dipped the bottle in the signature red wax.

The distillery tour, which lasted about 45 minutes, was great. I enjoyed the tour even though I do not drink. The tour was both fun and informative.

In the evening we enjoyed a catered Kentucky Barbecue dinner at our hotel. The dinner was for Vulcan Riders and Owners Club (VROC) members who were attending the Wandering Wolfman’s Rally (WWR3). Bob had a pulled-pork sandwich and 1/4 chicken with baked beans and potato salad. I had 1/2 rack ribs with potato salad and cole slaw. The portions were large, and the food was excellent.

A raffle was held after dinner. We purchased $20 worth of raffle tickets. Bob put his name on half of the tickets; he put my name on the remaining tickets. My name was called four times! I won four prizes — a buff, a liquor flask, a Kawasaki watch and four Kawasaki shock covers. Bob didn’t win anything. A web cam provided live coverage throughout WWR3. Bob telephoned his brother John to let him know about the live web cam. While Bob was talking with Dorothy (John’s wife), she saw me go up to pick up one of my prizes. In addition to prizes, most of which were donated by Riders of Kawasaki (ROK), this was a 50/50 raffle with the proceeds going to the Maxwell Dickerson Benefit Fund.