NOTE:  I discovered this blog post in my drafts the other day.  That is why you are seeing the post today, when the events described in this post happened 6 months ago!

I met a Facebook friend, Katrina “Kat”, for the first time on October 4, 2012.  We became Facebook friends in  July 2009, as a result of a Sean Patrick McGraw concert that was held in Warren, PA.  We both attended the concert.  I blogged about the concert, sharing the blog post on Sean Patrick McGraw’s Facebook page.  Kat left a comment on my blog post that she had photographs from the concert as well on McGraw’s Facebook page.  Here is the dialogue between Kat and myself, when we first conversed on Facebook:

July 22, 2009
Linda:  “You commented in my blog that I could see the pics that you took at Ribfest on Facebook. None of my Facebook friends posted any pictures of Ribfest. I remembered seeing other Ribfest pictures somewhere, so I went to McGraw’s Facebook page .. and then remembered that I had seen yours yesterday I believe. I was just following up an assumption that you were the xxxx xx xxxxxxxxx writer.   Are you OK? Your blog is so sad. It was written 3 months ago. I hope that you feel better.

I sent Kat a Facebook friend request that day, and we have been friends ever since.

Meeting Kat for the first time didn’t seem it was the first time at all.  Our friendship fell right in place, as though we had been getting together in person regularly, rather than conversing only via the Internet.

Now onto the subject of this post — Jordan’s Senior Portraits.

Jordan and her horse, Snickers 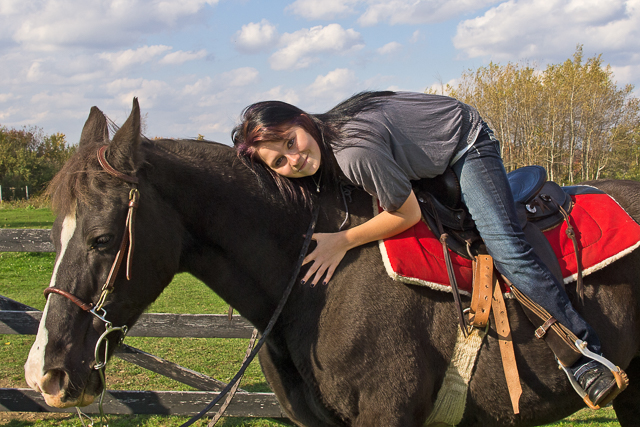 Jordan and her horse, Snickers

Jordan and her dog, Sadie 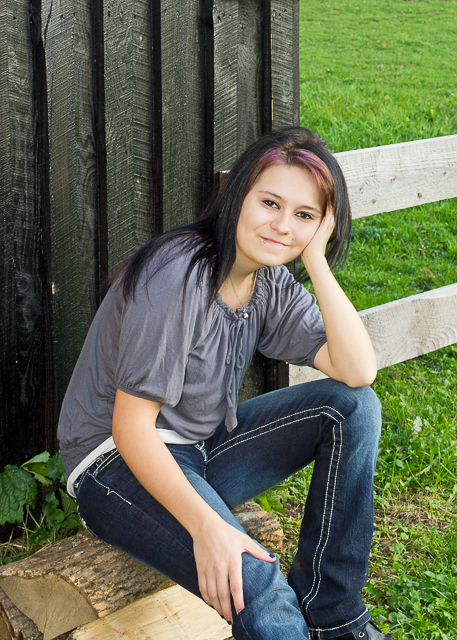 What a beautiful young lady Jordan is. It was an honor for me to do her senior portraits.