We have had a long stretch of temperatures falling into the negative and staying well below freezing, not even getting into the teens.  I was beginning to experience cabin fever and had been watching the weather, looking for a warm up.  Early in the week, it appeared that the warm up would begin on Thursday.  I started to make plans for my escape.  I emailed my friend, Martha, and asked if she would be interested in going to Erie for a day trip on Thursday.  Martha readily agreed.  I love when the weatherman nails the forecast.  The sun shone brilliantly and the temperature climbed into the 20s, while we were in Erie.

Martha and I had our first conversation on Facebook.  The date was September 8, 2012.  I shared pictures that I had taken at the Wild Woods Seneca Native American Festival  on the Friends of Wild Woods Animal Park Facebook page.  Martha liked my pictures.  I sent Martha a Facebook message thanking her for the photo likes.  We soon became Facebook friends.  I noticed right away that Martha and I had a mutual friend, my stepdaughter Stacey.  Martha and Stacey met at the festival, where Stacey had some of her crafts for sale.  Until yesterday, the majority of Martha and my conversations had taken place on Facebook.  Bob and I did meet Martha and her husband, Scott, at their house one day in December 2012.  I was looking for a sled on which I could take pictures of my granddaughters.  Martha and Scott had the perfect sled, which they graciously allowed us to borrow. 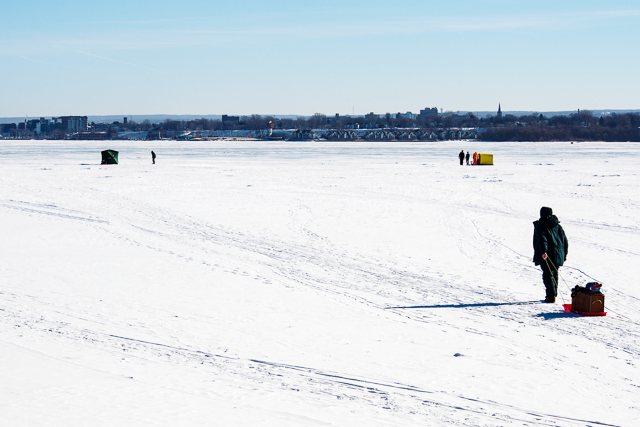 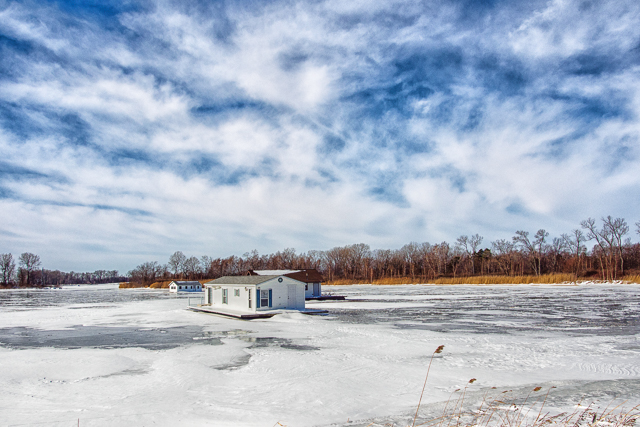 Yesterday, I shared the photographs in this blog post on Facebook.  A Facebook user by the name of Mary asked how occupants of the houseboats get to shore, how the houseboats are powered, and how sewerage is handled.   Responses to Mary’s questions came from one of the houseboat owners and a friend who has enjoyed the hospitality of the houseboat owner.  Houseboat owners have a rowboat and/or powerboat, used to get to shore. The bathroom has a compost type toilet.  All houseboats have electric lines underwater to shore and are billed by Penelec. The houseboats have been around since the 1900’s. They were up and down the peninsula on the bay side. Some became eye sores and were moved to the area of Horseshoe Pond where they are now.  Houseboats could not be sold, when they fell apart.  They were gone and that was that.   Sometime along the way, the rules changed.  Houseboats can be sold now.   The houseboats are well taken care of.  If a houseboat is destroyed, it can now be replaced.  Additional houseboats cannot be placed on the pond.  Many houseboats have been updated, replaced, but many retain their original charm.  Thank you, Karen and LeeAnn, for your informative responses!

Lake Erie is frozen over. 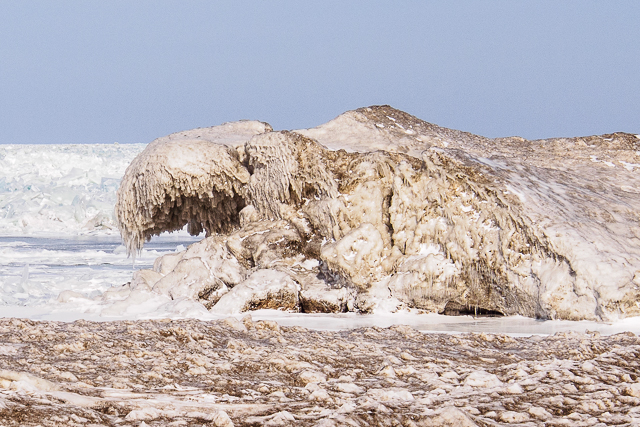 After our drive around Presque Isle State Park, we went to Cracker Barrel for lunch.  It was an all-around great day!  Even though the sun shone brightly, it was still quite cold with the wind blowing off the frozen waters of Lake Erie.  The day out did end cabin fever for both Martha and me.  The day out, however, achieved something more important than an end to cabin fever.  Martha and I got to know each other better.  We should  have made plans much earlier in our relationship.  We enjoyed each others’ company very much!

5 Responses to “Day at the Beach”