On Saturday, June 6th, Bob and I went for a motorcycle ride that added 190 miles to our odometer.  We left home around 11:00 am and didn’t return home until after 7:00 pm. We rode to Lake Erie State Park, where we enjoyed a picnic with a view. 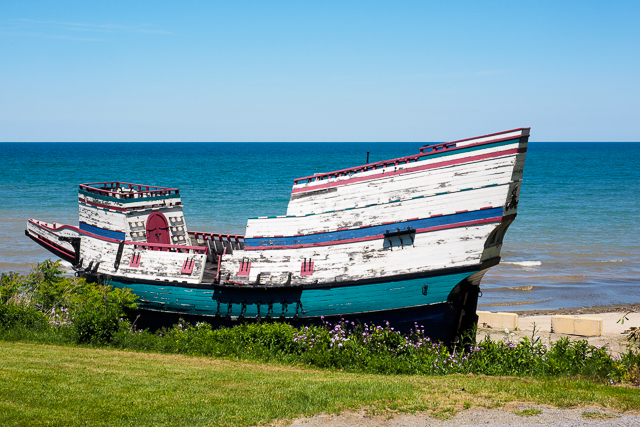 The Sea Lion is a reproduction of a late 16th century British three-mast, square-rigged sailing vessel, faithfully built in the same manner as actual ships of the time. The ship building effort took several years and several persons to complete.  The Sea Lion was officially commissioned on Chautauqua Lake in 1985. The ship was sold in 1992 to the Buffalo Maritime Society, where it was operated until it sank at its moorings in 1999. Local divers and other concerned citizens raised the ship in 2000, towing her back to Barcelona. The ship is dry docked waiting to be restored.  I hope that the Sea Lion sails again. 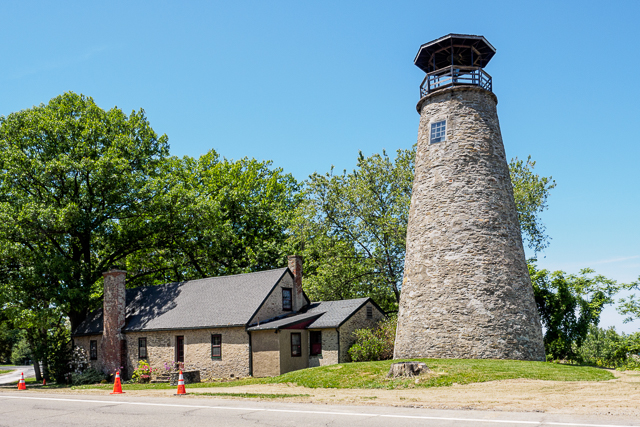 Our second photo stop was at Dobbins Landing in Erie.  I will share photographs from that stop in my next blog post.