As is traditional at bridal showers, games were played.

For the “Say the Word” game, each guest was given a handmade necklace.

Preparing for “Say the Word” game

The rules for this game were if you said the words “bride” or “wedding” that you would lose your necklace to the person who caught you. The person with the most necklaces at the end of the game won a prize.

Another game was called “How well do you know the bride?”.

Playing the game “How well do you know the bride?”

The person who had the most correct answers received a prize.

In the game “What’s in Your Purse”, points were received for specific items contained inside your purse. 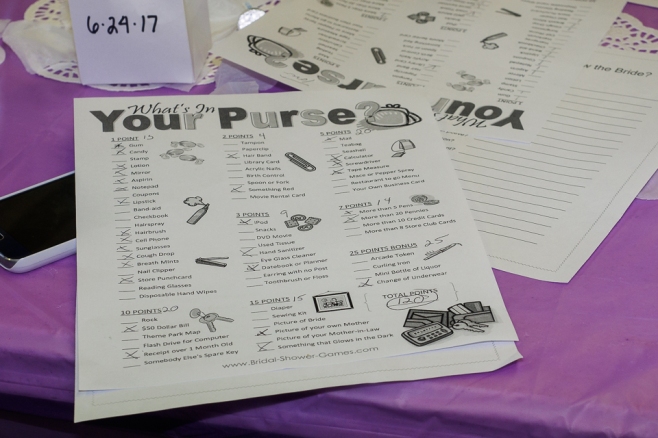 playing the “What’s in Your Purse” game 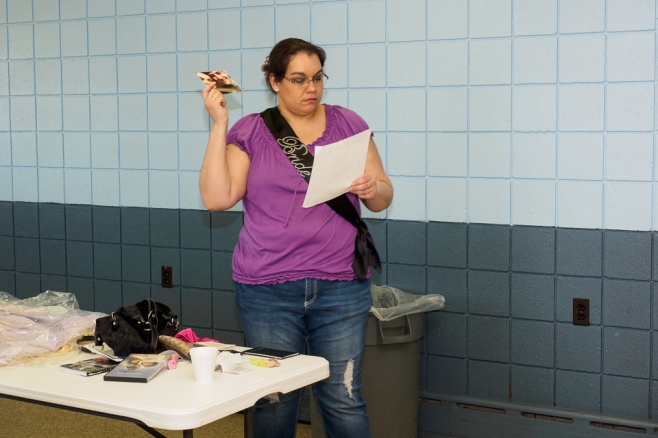 If anything in your purse matched what was in Deborah’s purse, you were rewarded additional points.  The person who had the most points won a prize.

The last game I recall was one in which everyone received an envelope with a picture inside.

Playing the “who has the groom” game

If the groom was inside the envelope you received, the recipient won a prize.  None of these pictures are the groom.

The bride with her maid of honor, bridesmaids and flower girls

I am looking forward to photographing Deborah and Brian’s wedding on June 24, 2017.